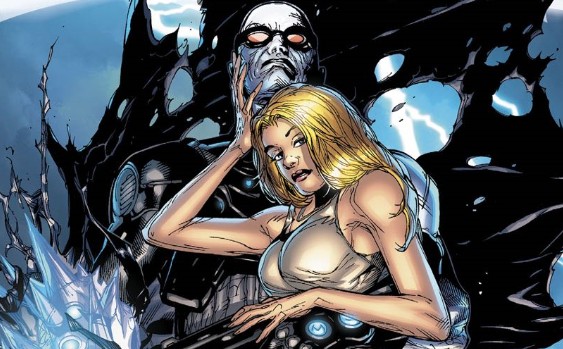 SINCE 2005. Here are this week’s top trending comic books and new items headed your way this Wednesday 10-23-19
Click on the RED links, Images or the comic cover to buy/bid from All available sellers on Ebay
Please note: New comic book releases and all items are subject to change

The Immortal Hulk #25 – There are certain guarantees in life. Death, and this comic going to a second print. Marvel’s red hot series reaches a pinnacle here with an oversized issue. The possible death of the Immortal Hulk. Highly unlikely, but speculators/speculative websites will find any excuse to drive up price on a comic sale these days. Expect a lot of eyeballs on this new release that Marvel says “You’ve never read a Marvel comic like this before.” and “Groundbreaking Double-Sized Issue”. Okay, you reeled us in, now you better deliver. This series has been delivering since issue one, so no reason to think they’ll be a letdown at all here. Writer Al Ewing and artist German Garcia continue their history making Hulk material.
The Amazing Mary Jane #1 – DC releases their Lois Lane series a little bit ago, now Marvel releases this book. Girl fight! Nah, just some friendly competition among the big two. Wouldn’t that be a great comic? Lois Lane vs. Mary Jane. It would be UFC style. We’ll get on the horn with Dana White, Marvel and DC shortly. Anyway, Mary Jane begins her own series and fans are quite happy about it. How long before MJ becomes a superhero in tights and fights some villains in her new series? Jackpot, Spinneret? Iron Spider? Maybe not. Who knows? Look for a quick sellout here and the covers to make their rounds on the social media front. Trend popping indeed. Writer Leah Williams and artist Carlos E. Gomez.
Batman Beyond #37 – Will there be a bigger DC comic this week? Maybe, more in a little bit, but this one here could be the trending DC book of the week. Introducing Batwoman Beyond. Yes, that’s enough to get readers and collectors in a tizzy. Written by Dan Jurgens and drawn by Sean Chen.
Absolute Carnage Lethal Protectors #3 – Writer Frank Tieri continues to write fantastic stories. Look for Mr. Tieri to hit readers with a dose of an infected Man Wolf this Wednesday. Man Wolf first appeared back in Amazing Spider-Man #124 in 1973. A 46 year old character created by Gil Kane and Gerry Conway. A john Romita Sr. cover. Legends adorn that beautiful piece of history, all for a 20 cent cover price. Art for the modern day piece arriving on Wednesday by Flaviano.

Detective Comics #1014 – Well, here’s the other DC comic we hinted at earlier about possibly being a bigger trending book than Batman Beyond #37. This particular comic gives readers a possible look at the first Mrs. Freeze. Not Lazara, super villain; Mrs. Freeze. Writer Peter J Tomasi and artists Doug Mahnke and Jaime Mendoza bring this tale. So much potential here and this team will bring it. Nora Fries, a.k.a. Mrs. Freeze, first appeared in Batman: Mr. Freeze graphic novel from 1997.
Action Comics #1016 – Naomi made her unofficial first appearance into the DC Universe continuity last issue. She begins to cement her place in it here. Brian Michael Bendis writes and Szymon Kudranski illustrates.
Future Fight Firsts Luna Snow #1 – Luna Snow makes her series debut. She first made her Marvel appearance in War of the Realms New Agents of Atlas #1 a few months ago. Creative team here; Alyssa Wong, Gang Hyuk and Lim.

Marauders #1 – Spinning from the new X-Men era comes this new X title from writer Gerry Duggan and artist Matteo Lolli. Marauders first appeared (cameo) in the Uncanny X-Men #210 (1986). Claremont and John Romita Jr. on that one.
The Amazing Spider-Man Full Circle #1 – A bunch of super talented comic creators team up to deliver this book to fans. A mystery/SHIELD story starring Spider-Man.
Batman Curse Of The White Knight #4 – Nothing like a story featuring a good gal (Babs) going rouge. Artist/writer Sean Murphy, brings another chapter in his amazing White Knight series.
Star Wars #73 – Look for a possible big reveal in this comic. Writer Greg Pak and artist Phil Noto.

Avengers #25 & Ghost Spider #3 – More Mary Jane variants this Wednesday. Here are two standouts. Jay Anacleto (Avengers) and Russell Dauterman (Ghost Spider).
Contagion #4 – As said here a few months ago, this comic could (and most likely will) be leading up to a newer (bigger) character down the line. Marvel’s modern day symbiote? The first 4 issues of this series features the possible DNA of the new villain. Guess we’ll have to wait and see where writer Ed Brisson and Marvel take this. Artists; Stephen Segovia and Roge Antonio.
Unbound #1 – New Zenescope series from Ralph Tedesco and Leonardo Colapietro.
Money Shot #1 – Some title eh? New Vault Comics series will focus on Christine Ocampos as she has relations with aliens from different planets, records them and post them on the internet to make some money. Sex with aliens! Okay. Writers Tim Seeley and Sarah Beattie along with artists Kurt Michael Russell and Rebekah A Issacs.