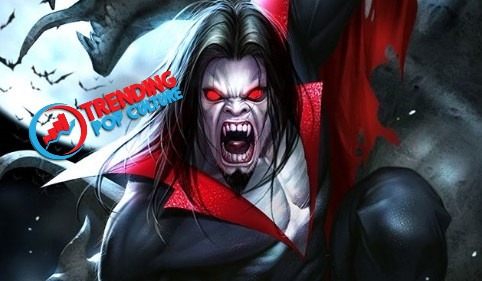 Morbius #1 – The Living Vampire gets his own ongoing series. This isn’t the first time Marvel has visited this road with Morbius. The longest run occurred back in 1992; 32 issues. Back in 2012, InvestComics spoke about picking up Morbius’ first appearance in Amazing Spider-Man #101 (1971) for much less monies than it is now. Before that, we spoke of the entire horror genre Marvel (Disney) have at their disposal. InvestComics never “waited” for movie announcements to be a source for speculators, we were the driving force in educating speculators before that ever happened. The new Morbius series will be from writer Vita Ayala and artist Marcelo Ferreira.
Teenage Mutant Ninja Turtles – Road To 100 – Here’s an interesting book. IDW will give fans a full book of highlights leading to their 100th issue. Highlights within the previous 99 issues. That’s very neat. We think the big two will follow this format soon enough going forward. Not that they’ve never done it before, but it would make a nice lead up to their anniversary issues on a regular basis. Creators Tom Waltz, Kevin Eastman and a host of others in this one.
Dollhouse Family #1 – The DC Black Label/Hill House imprint releases its second new horror book in as many weeks. Look for ONE of these Joe Hill (Stephen King’s son) comics to break out into a film eventually. Maybe a franchise film? Who knows, but stay on top of these comics. They trend very well, which means they fall into the right lap and bingo, a hot comic ensues. Writers, Joe Hill and Mike Carey. Illustrators, Dan McDaid, Vince Locke and Peter Gross.
Far Sector #1 – New Green Lantern sci-fi maxi-series from DC Comics from first time comic writer N.K. Jemisin. N.K. is a best selling author with their first comic work right here. Artist Jamal Campbell joins in the action here. DC claims this series will put a whole new spin on things for the Green Lantern lure.
History Of The Marvel Universe #5 – Check out writer Mark Waid’s romp on the history of the MU. This issue the TRUE origin of Captain Marvel. Artist Javier Rodriguez.

Here are the rest of the trending comics and items headed your way this Wednesday from Trending Comics and More #603 (LOTS MORE there!)