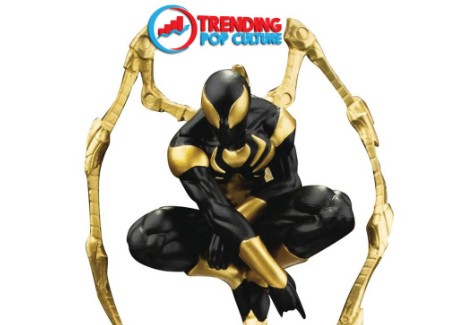 SINCE 2005. Here are this week’s top trending comic books and new items headed your way this Wednesday 11-13-19
Click on the RED links, Images or the comic cover to buy/bid from All available sellers on Ebay
Please note: New comic book releases and all items are subject to change

Morbius #1 – The Living Vampire gets his own ongoing series. This isn’t the first time Marvel has visited this road with Morbius. The longest run occurred back in 1992; 32 issues. Back in 2012, InvestComics spoke about picking up Morbius’ first appearance in Amazing Spider-Man #101 (1971) for much less monies than it is now. Before that, we spoke of the entire horror genre Marvel (Disney) have at their disposal. InvestComics never “waited” for movie announcements to be a source for speculators, we were the driving force in educating speculators before that ever happened. The new Morbius series will be from writer Vita Ayala and artist Marcelo Ferreira.
Fallen Angels #1 – Spinning from the new Jonathan Hickman X-Men era comes Fallen Angels. The Rob Liefeld Cable cover is straight out of the 90’s and It’s spectacular.
Punisher Soviet #1 – If you’re a regular around here, you’ll know for years that we’ve spoken about creators and there counterpart hero and or villain they are associated with. It’s as simple as putting a creators name in front of the hero or villain and you’ll know exactly who the creator is. Let’s play for a sec. Todd – Spidey, Frank – Batman, Jim – Thanos, Walt – Thor, Rob – Deadpool, Frank – Daredevil, Mike – Punisher, Chris – X-Men, Neil – Green Lantern, Jim – Nick Fury, well you get the idea now, right? So, with that all explained, we come to another creator name synonymous with a comic book character, Garth – Punisher. Garth is back with “his” character at Marvel. Amazing Moon Knight artist Jacen Burrows will join Garth in his comeback to Marvel.
Star Wars #74 – Here’s a fight Star Wars fans have been waiting for. Wookiee Vs. Vader! Is this a first? Let us know. Writer Greg Pak and artist Phil Noto.

Teenage Mutant Ninja Turtles – Road To 100 – Here’s an interesting book. IDW will give fans a full book of highlights leading to their 100th issue. Highlights within the previous 99 issues. That’s very neat. We think the big two will follow this format soon enough going forward. Not that they’ve never done it before, but it would make a nice lead up to their anniversary issues on a regular basis. Creators Tom Waltz, Kevin Eastman and a host of others in this one.
Event Leviathan #6 – For what seems like years now, fans will finally learn who Leviathan is. Brian Michael Bendis and Alex Maleev.
The Dollhouse Family #1 – The DC Black Label/Hill House imprint releases its second new horror book in as many weeks. Look for ONE of these Joe Hill (Stephen King’s son) comics to break out into a film eventually. Maybe a franchise film? Who knows, but stay on top of these comics. They trend very well, which means they fall into the right lap and bingo, a hot comic ensues. Writers, Joe Hill and Mike Carey. Illustrators, Dan McDaid, Vince Locke and Peter Gross.
Black Cat Annual #1 – A wedding issue? Black Cat and Spider-Man? Um, okay. Writer Jed Mackay. Art by Joey Vazquez, Juan Gedeon and Natacha Bustos.
Cosmo The Mighty Martian #1 – Cosmo’s first series sold out every new release. It was a definitely a fan favorite. Well, Cosmo is back in an all new series from Ian Fynn and Tracy Yardley. From Archie Comics.

History Of The Marvel Universe #5 – Check out writer Mark Waid’s romp on the history of the MU. This issue the TRUE origin of Captain Marvel. Artist Javier Rodriguez.
Gail Simone: Red Sonja – Once again, if you’ve been around these parts since the early InvestComics days. you’ll understand the love for Gail Simone. We love Gail Simone. An intuitive writer that always takes readers on twist and turns not seen coming. Check out the compilation Red Sonja book from Dynamite Entertainment. If you’ve never read a Gail Simone book before (why wouldn’t you?), here is a nice place to begin.
Far Sector #1 – New Green Lantern sci-fi maxi-series from DC Comics from first time comic writer N.K. Jemisin. N.K. is a best selling author with their first comic work right here. Artist Jamal Campbell joins in the action here. DC claims this series will put a whole new spin on things for the Green Lantern lure.
Family Tree #1 – New Image Comics series from writer Jeff Lemire and artist Phil Hester, Ryan Cody and Eric Gapstur.
Robyn Hood: Vigilante #1 – Who doesn’t like a vigilante comic? Check out the new Zenescope Entertainment series with Robyn playing the role of a vigilante in the city streets. This will be a fun read and hopefully taken to another level. Writer Ben Meares and artist Babisu Kourtis.

KSI vs. Logan Paul 2 WEIGH IN