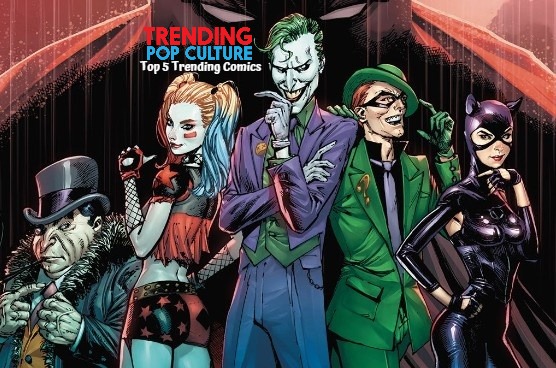 Batman #89 – Trending at a fever pitch right now. Expect to be limited to one copy when you go to your local comic shop this Wednesday. The first look (cameo appearance) of Joker’s new girlfriend; Punchline. Her first full appearance doesn’t occur for another few weeks. So, the trending aftermarket will put this comic at a price disadvantage for those who cannot get it on new comic book release day. Already sold out on the distributor level. This means many comic shops will hoard their own copies and break them out on eBay at a premium (price gouge, which many are doing already). Good luck getting at least ONE copy at regular price on Wednesday. Writer James Tynion IV introduces Punchline to the world as artist Guillem March gives us the visual.
UPDATE: This comic already has already sold for $40 on eBay. a graded CGC 9.8 sold for $130. The comic has not even come out yet. Seriously, good luck getting this at your comic shop at all.
Aquaman #57 – Congratulations to Aquaman and Mera. The first appearance of their child; Aquababy. DC claims a new era begins here for Aquaman. Well, of course it does, he’s a daddy now! Writer Kelly Sue DeConnick and artists Robson Rocha and Daniel Henriques.
Fantastic Four #19 – A secret origin of the Fantastic Four is revealed. Writer Dan Slott and art by Sean Izaakse.
Doctor Tomorrow #1 – First appearing in Acclaim Comics in 1997’s Operation Stormbreaker #1, now he stars in his own series in the Valiant Entertainment universe. Writer Alejandro Arbona and artist Jim Towe.
Bang! #1 – This comic is already sold out ahead of its release. Going for a premium on eBay as well. Upwards to $15-$25. The story from Matt Kindt has already been optioned. From Dark Horse Comics. Writer Matt Kindt and artist Wilfredo Torres.

Here are the rest of the trending comics and items headed your way this Wednesday from Trending Comics, Best Cover Art, Trending Collectibles And  MORE #615 (LOTS MORE there!) 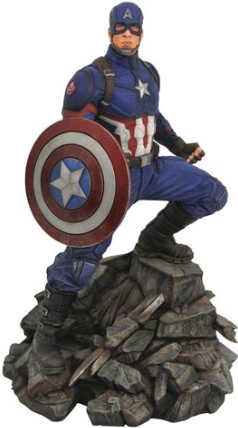