Here are this week’s top trending comic books and new items headed your way this Wednesday 8-8-18
This site is BEST VIEWED on Google Chrome.
Click on the RED links, Images or the comic cover to buy/bid from All available sellers on Ebay
Please note: New comic book releases and all items are subject to change

The Fantastic Four will enter its sixth volume this Wednesday; Fantastic Four #1 Vol 6. That’s a whole lotta restarts (…at last count, thirty variant covers to choose from). Now though, it appears we could begin the longest run in quite some time. Not since John Byrne has there been such anticipation to grab a Fantastic Four book. Writer Dan Slott just finished off a ten-year Spider-Man run. Filled with happiness, sadness, changes and controversy. Either driving fans with glee or driving them insane, but at least he evoked an emotion. Fantastic Four needs just this, a swift kick in the as*. With writer Dan Slott and artist Sara Pichelli, it’s more than likely a kickstart to the heart will indeed happen here. The Four took a long hiatus to no fault of their own. Now they are back in a big way. Expect this new series to trend to a fever pitch.
Has anyone noticed lately, Mike Deodato Jr. has been putting on a clinic with his gorgeous covers. Absurdly beautiful. This week, yet another cover pops and turns those heads. Check out the homage cover; Old Man Logan #45. Back in 1982 (Daredevil #181), it was Bullseye stabbing Elektra in the pages of Frank Miller’s Daredevil run, now Bullseye is stabbing Old Man Logan. Mike Deodato Jr. nails it here. His sequential art or his cover art, he’s an amazing talent.
A new chapter begins in Miles Morales’ life. Witness the beginning in Spider-Man Annual #1. Writer Bryan Edward Hill and artists Nelson Blake II and Mark Bagley.
The Fortress Vader story begins in Darth Vader #19. Writer Charles Soule, artist Giuseppe Camuncoli.

In the ‘in case you’re missing it’ department, writer Dan Didio has been putting together quite the story in DC’s Sideways comic. Pick up the first six issues and then Sideways #7 this Wednesday. You’ll dig it.
Comic fans are always up for a good fight. It’s Batman vs. Red Hood in Red Hood And The Outlaws #25.
Suicide Squad #45 begins the Sink Atlantis story. It will continue within the pages of the Aquaman comic. Rob Williams and Dan Abnett write.
Fans of Neil Gaiman’s Sandman will be extremely gleeful this Wednesday as Sandman Universe #1 is released. Although it doesn’t really list Neil as a writer, DC (Vertigo) says ‘from the mind of’ Neil Gaiman. So, we’re going to assume he has some input here. Writer Si Spurrier is listed as the writer. Art by Bilquis Evely. Sandman Universe #1 will lead right into 4 new series from the DC/Vertigo imprint.

Trending Pop Culture Indie Hot Picks; Indie comics do not always show up on Ebay right way. Please check back on a regular basis, some of the smaller print indie books usually list after new comic book release day or a few days after.
The timing is impeccable….The InvestComics LLC website switches gears in March of this year (click here) after thirteen years due to SOME of the reasons related to Howard Chaykin’s new comic Hey Kids! Comics #1 from Image Comics. The cover alone is classic ridiculous fandom. Loving this comic already and we haven’t even opened it up yet. Artist Don Cameron at the helm here as well.
Erik Larsen continues his mind-numbing torrid pace on his Savage Dragon title. Every month, Mr. Larsen brings it. Paying homage to the classic Calvin and Hobbes comic strip in the last month’s issue, this week ‘Beware’ the villain Scourge in Savage Dragon #237. Seriously though, Erik Larsen is a master of his craft and any creator looking for a 101, inspiration, innovation, look no further, Savage Dragon is it. Also, you’d need to follow Erik on his Facebook page. There, you’d get some education about ins and outs of this genre. Fantastic insight that would lend to anyone’s craft either breaking into the business or anyone within the business already.
Long Live Wrestling #0 (Scout Comics); James Haick and Branko Jovanovic.
Hot Lunch Special #1 (AfterShock Comics); Eliot Rahal and Jorge Fornes.
Riptide #1 (Red 5 Comics); Scott Chitwood and Danny Luckert.
Norah #1 (Source Point Press); Kasey Pierce and Sean Seal.
Oddwell #1 (Starburns Industries); David A Clark, Acadia A Rodarte and Walter A Bryant III. 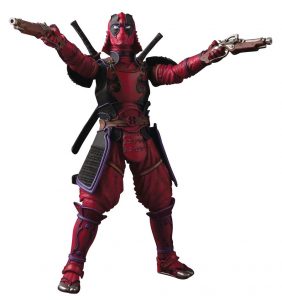