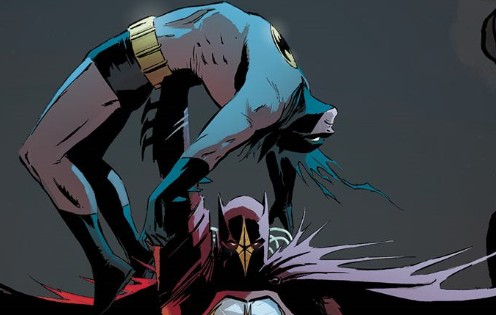 SINCE 2005. Here are this week’s top trending comic books and new items headed your way this Wednesday 10-16-19
Click on the RED links, Images or the comic cover to buy/bid from All available sellers on Ebay
Please note: New comic book releases and all items are subject to change

Crazy #1 – This new offering is a blast from the past. A once Marvel magazine is back, but in what format is a bit of a mystery. Not too sure if it’ll be a magazine format or a comic book format. Either way, it’s going to be a trend-er for sure. Written by Gerry Duggan and drawn by Don Simpson. This debut issue features/focuses on the character Obnoxio The Clown. He had his first appearance in Crazy #83 in 1982. Although a first appearance, his first comic book appearance was in Obnoxio the Clown X-Men #1 in 1983. We want to venture a guess here and think the timing of Stephen King’s IT 2 was to pass, then Marvel wanted to have their own clown as a focal point within pop culture eye balls. And just for poops and giggles, IT debuted in 1986. Obnoxio was 4 years earlier. So many crazy clown stories before and after though.
Spider-Man #2 – The prior premiere issue came in with a huge social media storm. Written by Henry Abrams and J.J. Abrams and art by Sara Pichelli, this follow up comic will make just as much noise as the first did.
Wonder Woman Giant #1 – A new story featuring Wonder Woman vs Harley Quinn?! Oh wait, if this isn’t enough to get the juices flowing, how about the story will be told by THE Harley Quinn team; Jimmy Palmiotti (writer) and Amanda Conner (artist). Many characters have their “go-to” creator(s) that are synonymous with their growth. First name basis too; Todd and Spidey, Frank and Batman, Chris and X-Men, Bob and Iron Man, Jimmy & Amanda and Harley…..etc.
House Of X #1 – Exclusive Kevin Eastman variant Wolverine cover. Yes, THAT Kevin Eastman (TMNT). That cover kicks some serious as* too.

X-Men #1 – Writer Jonathan Hickman has done it. Over the past few months he’s reshaped and molded an entire new way for the team known as the X-Men.  A new brand. A new everything. It all starts here moving forward. Along with artist Leinil Frances Yu, Jonathan brings part one; Dawn Of X.
Superman Year One #3 – Superman meets up with Batman and Wonder Woman for the first time. As told by legends; Frank Miller, John Romita Jr. and Danny Miki. The re-imagining of Superman’s origin continues.
History Of The Marvel Universe #4 – Writer Mark Waid continues to tell his story of the Marvel Universe. We now enter the “modern era”. Artist Javier Rodriguez.
Guardians Of The Galaxy #10 – Will Marvel really kill off Rocket Raccoon? All signs are pointing to the demise of everyone’s favorite bunny (according to Thor). Donny Cates writes and Cory Smith illustrates.
Teen Titans #35 – Find out who the betrayer is within the team. And it looks as though someone will bite the dust to. Writer Adam Glass and artist Bernard Chang.