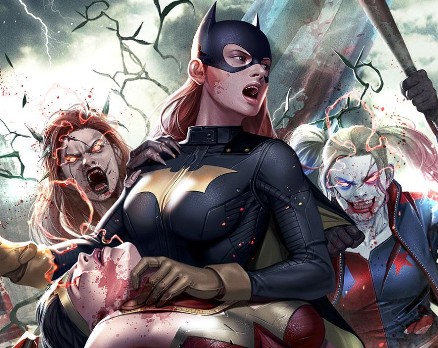 SINCE 2005. Here are this week’s top trending comic books and new items headed your way this Wednesday 10-30-19
Click on the RED links, Images or the comic cover to buy/bid from All available sellers on Ebay
Please note: New comic book releases and all items are subject to change

Excalibur #1 – Back in 1987 when this team was first introduced by Alan Davis and Chris Claremont, it was an instant hit with fans. Marvel saw the response and jumped on a regular ongoing series in 1988. That series went for an impressive 125 issues before ending. Throughout the years thereafter, a bunch of one shot issues and an attempt at a “New Excalibur” series that didn’t fare so well. Well, fast forward to 2019 and with the new generation (ahem, Johnathan Hickman) X-Men in place, lots of new X titles will be popping up. Old and new. The new series is written by Tini Howard and drawn by Marcus To. Many variants to choose from, but one from the original creators of the Excalibur team, Alan Davis. In the new era, Excalibur will trend once again.
Red Goblin: Red Death #1 – Hot for a minute, thanks to speculation experts, new character Red Goblin in Amazing Spider-Man #798 was THE comic to buy…..and get stuck with. Now, Red Goblin will get his own platform as Norman Osborn and the Carnage symbiote become one in this story. Look for those experts to grab poor suspecting souls once again with that first appearance. Click the red link or cover and buy the book for $7 or so before the price is driven up once again. Red Goblin: Red Death #1 creators; Sean Ryan, Patrick Gleason, Rob Fee and Pete Woods.
Basketful Of Heads #1 – Joe Hill (Stephen King’s son) debuts his own imprint comic, Hill House Comics under DC’s Black Label imprint. Horror comics have been making a bit of a resurgence lately and haven’t quite broken through the main stream. This could be the breakthrough horror fans have been waiting for. Look for this no holds barred mature read to lop some heads off. Ah, see what we did there? Black Label/Hill House Comics will be a hit. Joe Hill writes and Leomacs illustrates. Expect sell outs, quick.
Joker: Killer Smile #1 – Just like the very first DC Black Label comic ever made a controversial entrance, one of these new Black Label stories will also do the same eventually. The DC imprint pushes the boundaries a bit and doesn’t really care who they offend. Besides a horror book from Joe Hill arriving this week, who better to push some boundaries than the Joker character with nothing holding him back? Yes, this DC Imprint was made for characters like this. Who is to say there isn’t a moment or two that causes a trending outburst across the social networks? Who’s to say this story will be off the charts good to trend anyways?? Probably the latter, but never say never. With writer Jeff Lemire and artist Andrea Sorrentino, we suspect a huge interest and a sold out book almost immediately.
Teenage Mutant Ninja Turtles #99 – The lead-up to the 100th issue. Read, and get left hanging before that monumental follow-up issue hits. Kevin Eastman, Tom Waltz and Dave Wachter.  IDW Publishing.

DCeased #6 – The hit series comes to a close. From creators, Tom Taylor and Trevor Hairsine.
Harleen #2 – Another DC Black Label release this week. This “ALL” Stjepan Sejic creator book debuted with much fanfare as will this series.
Silver Surfer Black #5 – This Donny Cates book reaches its conclusion this week. Drawn by Tradd Moore. Readers are asked to look for an epic conclusion.
Dead Man Logan #12 – Another comic arriving to its conclusion this week. A lot of books ending this week. Written by Ed Brisson and drawn by Mike Henderson.
Chrononauts Futureshock #1 – Creator Mark Millar will bring back the duo that first debuted in 2015. Incidentally, that was the last time they were seen gracing their own title. Illustration by Eric Canete. Image Comics.

Airboy #51 – This comic will pick up exactly 30 years ago from where the last issue took place. Eclipse Comics (no longer in business) ended the original Airboy at the 50th issue in 1989 (Airboy #50). Then writer Chuck Dixon will pick up at that very moment this week with this new release from It’s Alive Press. Original artist Andy Kubert will not follow, but artist Jock and Brent McKee will. A special Jim Steranko variant cover will be available too. Welcome back to Airboy Mr. Dixon!
Roku #1 – From Valiant Entertainment, Roku debuts in her own series. Written by Cullen Bunn and drawn by Ramon Bachs.
Marvel Zombies Resurrection #1 – The Marvel zombies make their return in a new version of the walking dead Marvel U. Writer Phillip Kennedy Johnson and artist Leonard Kirk.
The Superior Spider-Man #12 – A status quo change for the Superior Spider-Man character. Christos N. Gage and Mike Hawthorne.
Tales From The Dark Multiverse The Death Of Superman #1 – A twist in the most famous comic book story ever written; “Death of Superman”. Take a look at the Lee Weeks cover and that should tell one the entire story. Writer Jeff Loveness, artists Andrew Hennessy and Brad Walker.

Eddie Murphy on His Return to Stand-up