Uncanny X-Men #513 Sells Out and Returns with Second Printing

Marvel is pleased to announce that Uncanny X-Men #513 has sold out at Diamond (though copies may still be available at retail level) and will return with Uncanny X-Men #513 Second Printing Variant! Red-hot Eisner nominated writer Matt Fraction teams with acclaimed artist Terry Dodson to present an epic crossover, potentially spelling the end for the entire mutant race!  Norman Osborn unveils the Dark X-Men, his own mutant team, and the repercussions will be severe for the X-Men! But who is the newest member of the Dark X-Men? This second printing features Dodson’s powerful interior art on the cover!

Critics and fans alike are raving about this latest chapter of Dark Avengers/Uncanny X-Men: Utopia:

“High octane story…Utopia is showing a lot of promise for this title, and it’s made me excited to read this series.” – Bryan Joel, IGN.com

“Utopia continues building momentum for what looks to be a promising crossover.  The Dark X-Men team shows a lot of early potential.  Fraction does a nice job of juggling an extremely large cast of characters.” – Kyle Posluszny, Weeklycomicbookreview.com

Marvel urges retailers to check their orders all Uncanny X-Men issues – as well as all Utopia related tie-ins – as the series continues to generate critical acclaim and quick sell outs.  What does Osborn have planned for the imprisoned Beast and Professor Xavier?  Find out all the answers as this x-citing crossover continues in Uncanny X-Men #513 Second Printing Variant! 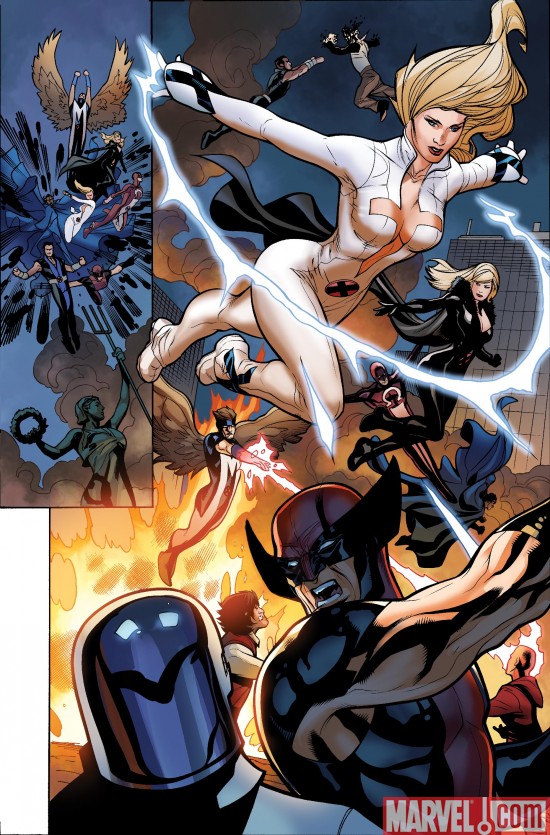