UNLOCK THE VAULT
Image Comics Reunites Sarkar and Gastonny In New Series
Berkeley, CA – 19 May, 2011 – Image Comics is pleased to announce that writer Sam Sarkar and artist Garrie Gastonny (Warren Ellis’ Supergod), the team behind Caliber: First Canon of Justice, have reunited to unlock the horror and action within their new miniseries THE VAULT.
THE VAULT is about a small team of treasure hunters, struggling to excavate a dangerous and legendary treasure pit before a massive storm hits Sable Island, the “Graveyard of the North Atlantic.” Equipped with all the latest technology, the scientists believe they are prepared against all of nature’s fury, but nothing can prepare them for what they are about to unleash.
“THE VAULT is kind of a contemporary Pandora’s Box story,” explained creator and writer, Sam Sarkar. “Though it appears on the surface to be a pretty straightforward story, it has most of its mythology buried deeply. It gets uncovered both literally and figuratively as the pit gets excavated.”
When asked how THE VAULT found its home at Image, Sarkar replied: “Well, I’m incredibly fortunate that most of the lasting gifts of Caliber were the relationships it helped to cement. Chief among them, David Elliott. Dave and I have soldiered through quite a few storms personally and professionally, and when I asked him to edit THE VAULT, he didn’t hesitate. There are few people I trust as much. I asked Dave what he thought the best way to release THE VAULT would be and Image was at the top of his list of publishers to approach. I’ve always been a fan of Image, not just because of their model, but because of the quality of titles they have represented and continue to represent.”
THE VAULT #1 (1 of 3), a 32-page full color comic book, will be on sale in stores July 27th for $2.99 and is available to order in the June 2011 edition of Diamond Previews. 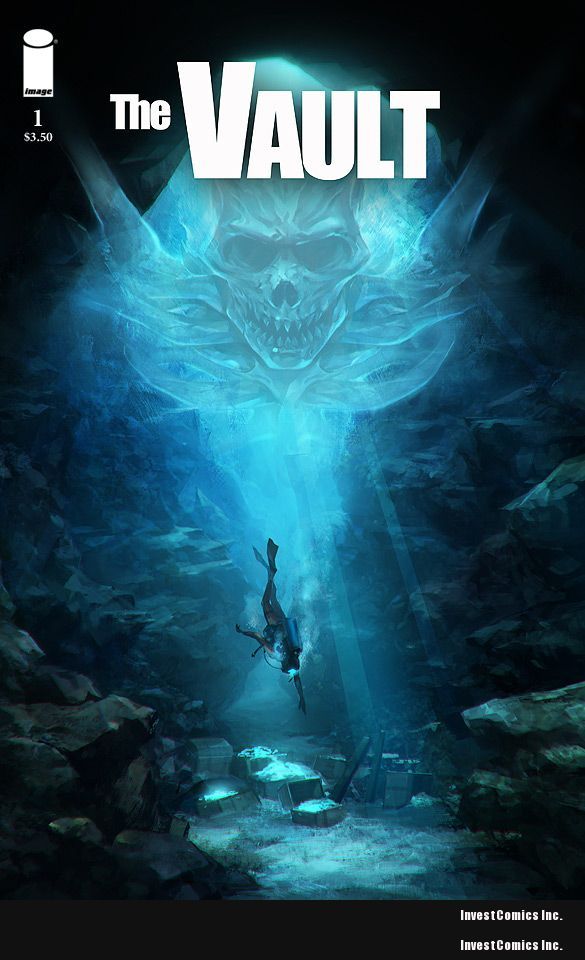 ABOUT SAM SARKAR
Born in Halifax, Nova Scotia, Sam Sarkar is a 23-year veteran of the entertainment industry. He began his career as an actor and was one of the leads on the long-running, syndicated television series Neon Rider. Following the series, Sam decided to pursue writing and worked for the hit television series Beverly Hills 90210. Stemming from his work on the show, he also co-wrote a television pilot for Spelling Entertainment under the direct guidance of TV legend Aaron Spelling. Deciding then to embark on feature films, Sam took some chances, following a varied path of writing screenplays and working as a sound technician. In 2004, after working on several films with actor Johnny Depp, Sam was asked to help run Depp’s production company, Infinitum Nihil, headed by Christi Dembrowski. As Senior VP at the company, he continues to serve the varied needs of Hollywood as an executive, producer and writer.
ABOUT GARRIE GASTONNY
Having worked as a comic book artist and illustration lecturer, Garrie Gastonny now mainly focuses on illustration to avoid getting beaten up. Garrie also serves as Senior Artist at Imaginary Friends Studios. His credits include Warren Ellis’ Supergod, Caliber: First Canon of Justice and Lady Death. For more information about the artist, please visit http://thegerjoos.deviantart.com/.
ABOUT IMAGE COMICS
Image Comics is a comic book and graphic novel publisher founded in 1992 by a collective of best-selling artists. Image has since gone on to become one of the largest comics publishers in the United States. Image currently has five partners: Robert Kirkman, Erik Larsen, Todd McFarlane, Marc Silvestri and Jim Valentino. It consists of five major houses: Todd McFarlane Productions, Top Cow Productions, Shadowline, Skybound and Image Central. Image publishes comics and graphic novels in nearly every genre, sub-genre, and style imaginable. It offers science fiction, romance, horror, crime fiction, historical fiction, humor and more by the finest artists and writers working in the medium today. For more information, visit www.imagecomics.com.