So my local shop is having a 50 cent blowout sale every weekend for a month.  I missed day one but got lucky and still found a stack of Valiant cover pricing variants and a complete run of Critters all in NM! I traded a guy (Gun Valkyrie) for the first appearance of Bananaman and this other dude tried to sell me a picture of a vintage R2-D2 trashcan converted into a motorized toilet.

State of the industry:

As the Modern Age nears its end we should all reflect on how important the last few years have been for our beloved medium.  We have enjoyed positive expanses in both content and quality as a healthy motion picture market drives new and old collectors to buy all things comic book related.

Variants and other treasures continue to trade for immediate gains as first appearances, CGC rarities, signed editions and comics with low printings fuel the base of the Modern Age market.

The new golden age has produced some great new characters.  These are my favorites! 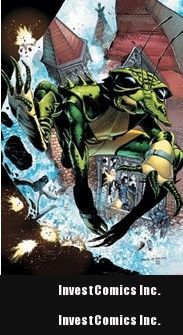 Oddball characters with cool origins often lead to huge back issue gains.  I love the potential for this creepy do-gooder down the road. 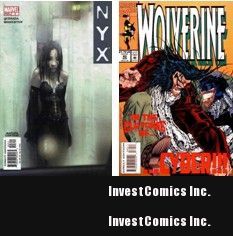 With a cool design and an unexpected first appearance,  X-23 hit collectors by surprise when she first appeared in NYX # 3.  Since then Marvel has used her wisely.

Dex may have one of the most heart wrenching origins in all of comics.  While that story appears in another comic the rarity of this book and its variants make it worth paying market value if you can find them.

This crazy concept was ripe for failure and could have sunk one of Marvel’s most popular creations.  Instead they treated us to a fully stocked mad house of the most twisted rejects ever put to paneled paper.  Dr. Bong anyone?

Originally inspired by Lady Snowblood,  a manga character bent on vengeance for the murder of her family – this underrated assassin is sure to create a back issue stir in the years to come.  With a well crafted origin by Ed Brubaker and some amazing early renditions I would lay down fair market value for the variants.

It’s not the first time Hulk went blue but definitely the definitive version.

Based on the famed Monkey King this character is my sleeper pick of the bunch.  He’s too new to start talking current values but this issue of Iron Man is his first appearance while most will mistakenly look to his Fear Itself one shot.

What’s better than a monkey assassin with a tragic past and a place in Deadpool canon?

Yes I am biased when it comes to the greedy Agent Orange but I dare you all to present a better character from the last ten years.  His early appearances continue to rise in value, his only action figure is an Ebay firestorm and lucky for all of you his first appearance is a basement bargain written by comic legends.

The Joker’s SDCC Dollar (Watch out for fakes!) 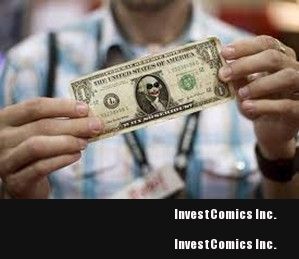 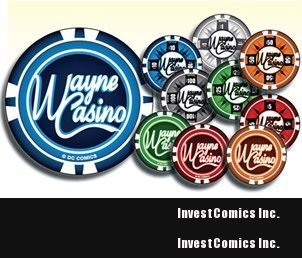 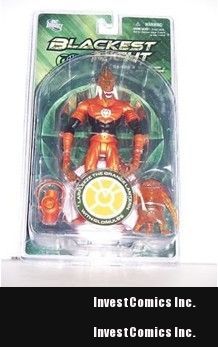 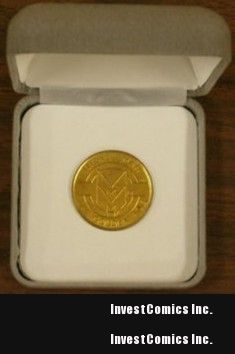 I make good on past promises?

3rd to last issues of value!!!

My favorite collected editions and more!