DC had mentioned a new SUPERMAN ongoing by Scott Snyder and Jim Lee a while ago, and now they’ve told USA TODAY that that series will be called SUPERMAN UNCHAINED. This immediately calls to mind the classic Neal Adams cover, with Superman breaking the kryptonite chains, which isn’t a bad image to conjour when kicking off a new Superman book.  And with JIM LEE on art, you know that there will plenty of iconic images to come.  For starters, here’s some cover art that USA TODAY ran with the story. 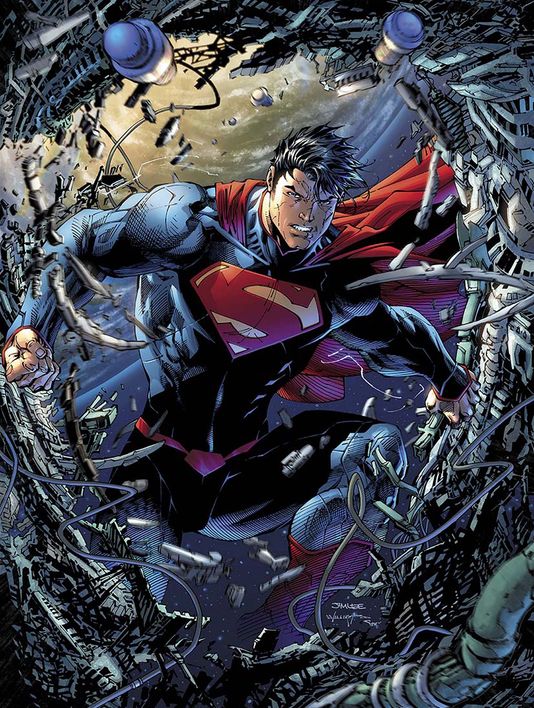 Scott Snyder talked about the process of writing Superman:

“The way to approach a character as iconic as him is you just come at it from a standpoint of what you love the most about the character, and then write a story that explores that, tear it down and build it back up.”

And Jim Lee added that the series will be