Go to the movie theater today and you can see sparkly, lovelorn vampires, but soon, according to Bluewater Productions their darkly comedic tale of septuagenarian bloodsuckers will soon share space on the silver screen.

Uptown 6 Productions, whose first feature film 16-LOVE hits theaters in January 2012, purchased the rights to Bluewater¹s successful graphic novel ³Nanny & Hank,² a unique take on the vampire mythos. It follows two
grandparents ready to enjoy their golden years with travel and grandchildren, and how a horrible encounter with a disgruntled vampire changes their world forever and ever.

³Nanny & Hank: Retirement is Hell is the Œfunniest¹ take on mortality and morality to ever splash the pages of a comic book,² said Uptown 6¹s president Adam Lipsius. ³The protagonists’ plight is rife with truth and humor. These heroes creep me out with how cool they are, and Uptown 6 is committed to bringing every giggle and shiver to the big screen.  We couldn’t be more excited to be in business with Bluewater, the new tastemakers in indie comics.²

Uptown 6 is working towards a 2013 release, for the first volume of the Nanny and Hank saga.

According to Bluewater¹s president Darren G. Davis, the story, written by Mark L. Miller and illustrated by Steve Babb, is based on his own family. ³Call it a love letter to my grandparents. The main characters are based on them, and it was a riot trying to insert some of the funny old family stories into a vampiric context,”.

“And yes, their names really were Nanny and Hank!” Davis added. 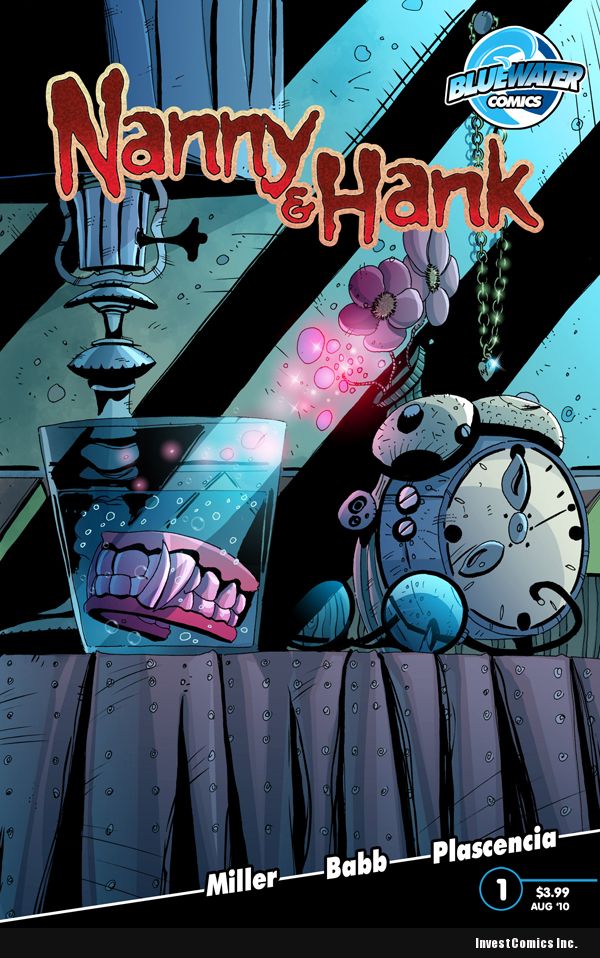 This is the fourth property optioned from the Vancouver, Washington-based independent comic book producer. Their myth-superhero mash-up Isis was optioned by Paramount, the otherworldly adventure serial ³Sinbad-Rogue of Mars² is currently in pre-production through Morningside Entertainment, and Universal owns the rights to Bluewater¹s flagship heroine, The 10th Muse.

Although ³Nanny & Hank² will soon make it to local theaters, individual comic book issues and the compiled graphic novel ³Retirement is Hell² are still available wherever comic book and graphic novels are sold. These
titles are also available for download on Kindle and Nook.

Adam Lipsius, the Director and Producer at Uptown 6, worked his way up the independent film scene in New York, getting coffee for some of the best directors making movies today, including Martin Scorsese, Ang Lee, Milos Forman, Barry Sonnenfeld, James Mangold, etc., etc.  First as an apprentice editor, then an assistant and a sound editor and finally producing and editing indies of his own, Lipsius learned the business from the back of a
grip truck, the bowels of an edit bay and the occasionally black ink of a balance sheet.

He picked up his wife and partner, Linda Appel Lipsius, on an Uptown 6 train, and they decided to see how far they could ride it together, launching their production company in 2007.  Uptown 6 has since produced
dozens of commercials, industrials and tv pilots, most notably for clients including the Democratic National Committee, Bratz Dolls and Little Tikes Toys and PBS.  It has just completed production on its first feature film,
“16-LOVE,” from the writer and the producer of “A Cinderella Story.”

“16-LOVE” his theaters, Video on Demand and Online retailers nationwide this January 20th.