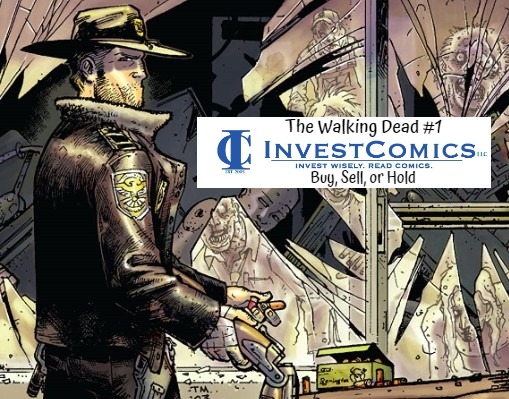 InvestComics details one comic book and weighs the pros and cons of its market value. What is the best course to take if you are a buyer or a seller?
If already an owner, is it worth holding for a possible bigger gain?
Here are the pros and cons, and then YOU decide. 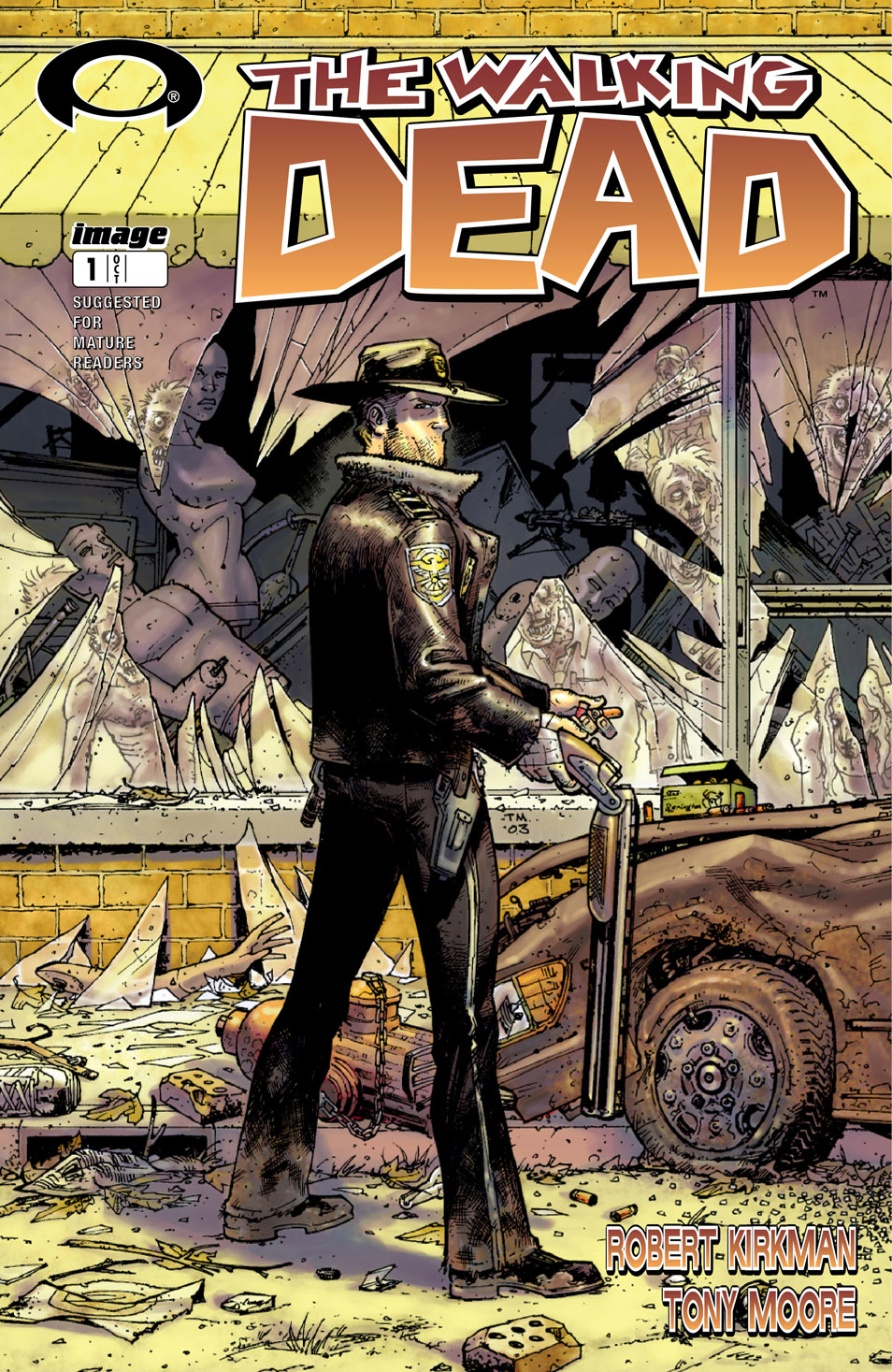 PROS: With a movie in the works, there is a probability of The Walking Dead becoming a huge pop culture success once again. Not only will a film bring the AMC Walking Dead audience, but it could also bring a new audience. Moviegoers seeing the Walking Dead for the very first time in their life on the big screen may go to the small screen to catch up. Thus, AMC will have a resurgence on their hands. If the Walking Dead film does well at the box office, a succession of films may follow, creating a new franchise of horror like movies. i.e. Halloween, Saw, Friday the 13th, The Ring, etc. The Walking Dead #1, as well as the entire run, have seen a significant dip in price over the past few years due to lack of interest because the fandom says a “weaker” story from the AMC television show is a mitigating factor. The lower pricing across the Walking Dead aftermarket makes for a buyer’s market at the moment. A Walking Dead #1 9.4 blue label recently sold for $960. Still very handsome money. If the film does well and exceeds expectations, expect an exceptionally large spike, not a small one, an exceptionally large increase in the aftermarket key issues, beyond comprehension. Fans will drive prices with the thought of a sequel or the beginning of a franchise-type romp. The lead character, Rick Grimes, would not have to be the lead in all the films either, any star can step in and fight zombies. Aliens, Predator, etc. An aftermarket surge happens at a ridiculous pace if the films go this route. Every issue will have huge gains. Every issue. The smaller print runs on earlier issues are a major plus for any collector/collection.

CONS: The slow aftermarket could signify the party is over. Walking Dead fans may have run their course and moved on to something else. The CGC graded market is extremely top-heavy, loaded with sig series too. Please remember, this is CGC census only. This is not counting CBCS, so lots more out there than spoken of here. A total of 2,981 graded at a 9.0 and higher. A staggering 1066 at a 9.8. and 942 at a 9.6. A total of 446 are signed at 9.0 and higher. Remember, these numbers are riding on the low print run mindset, meaning NM copies are not hard to find. A signature series Walking Dead key comic is an extremely easy find as well, no matter what issue. One does not have to look far and wide to find one. Co-creator, Robert Kirkman, is not a hard sig to locate or get. There are thousands of graded and sig series comics within this run.
If the movie does not fair well, Walking Dead comics will tank. Hard. Unlike anything, collectors have seen in a long time regarding a once “untouchable” series. The reason they will tank unlike anything else the hobby has seen is that the title was already on a slow downward spiral, and it would hit harder the second time around. A major selloff will happen the second the film does not indicate in any way what is expected of it from fans. If a sequel is a “maybe/we’ll see”, that’s bad news and the selling may begin. Great box office films always speak of sequels with bank. Watch the box office numbers, if breaking even, not good at all. 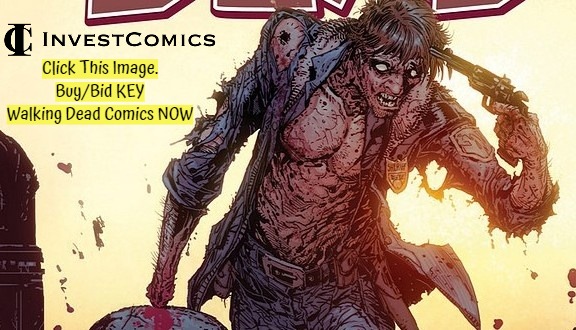 All and all, Walking Dead is an obvious great read. Robert Kirkman made zombies interesting. Do zombies have the same sustainability as superhero movies? Maybe. Maybe not. One can spin it any way they want; “but the story is not all about the zombies….” yes, it is. Without the zombies, it is called The Walking. Never spin it to make it more than it is. Walking Dead needs zombies to work.
What do you do? Buy? Sell? Hold?

Special thanks to gutz_boxing for the inspiration for this article.