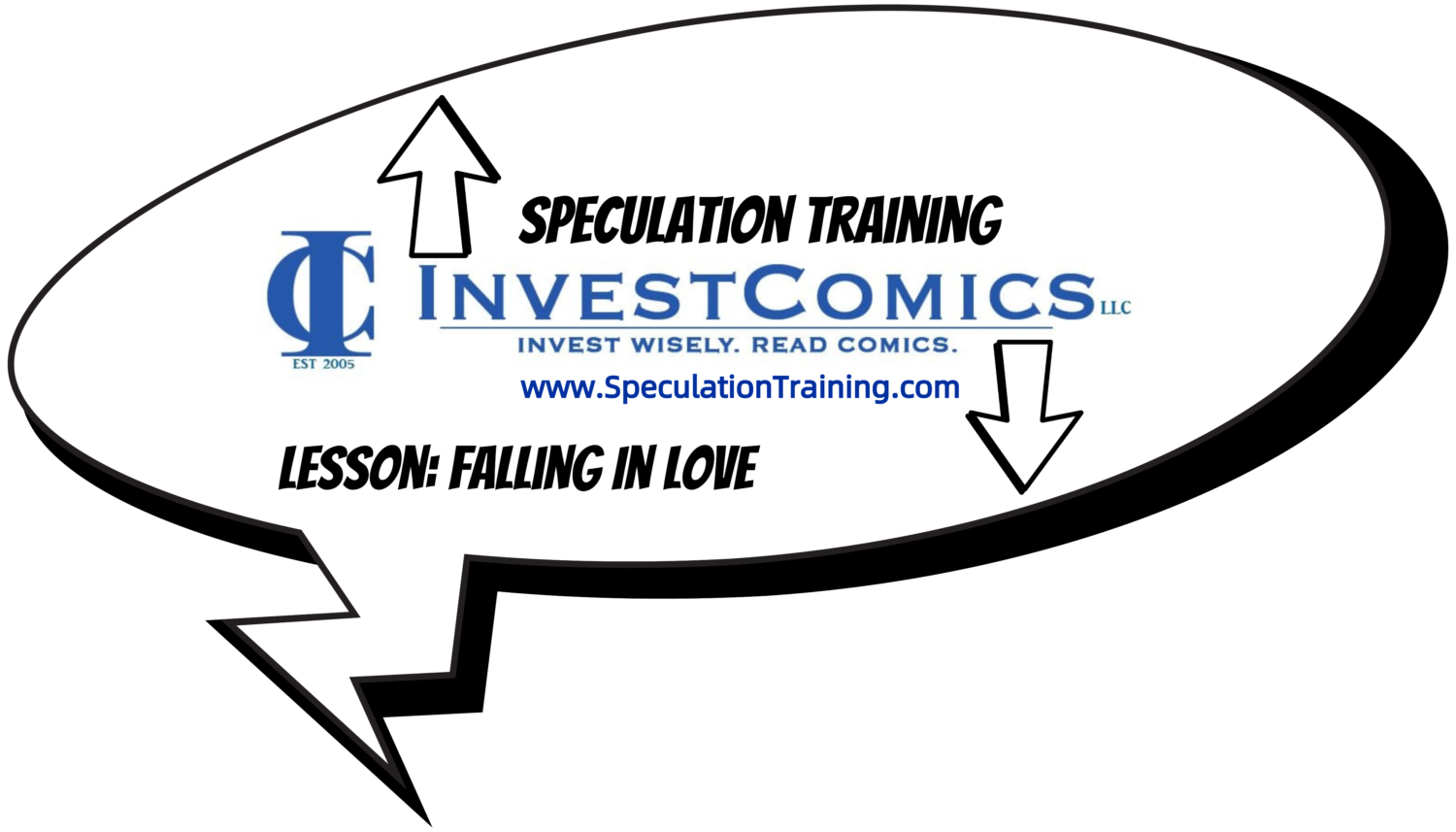 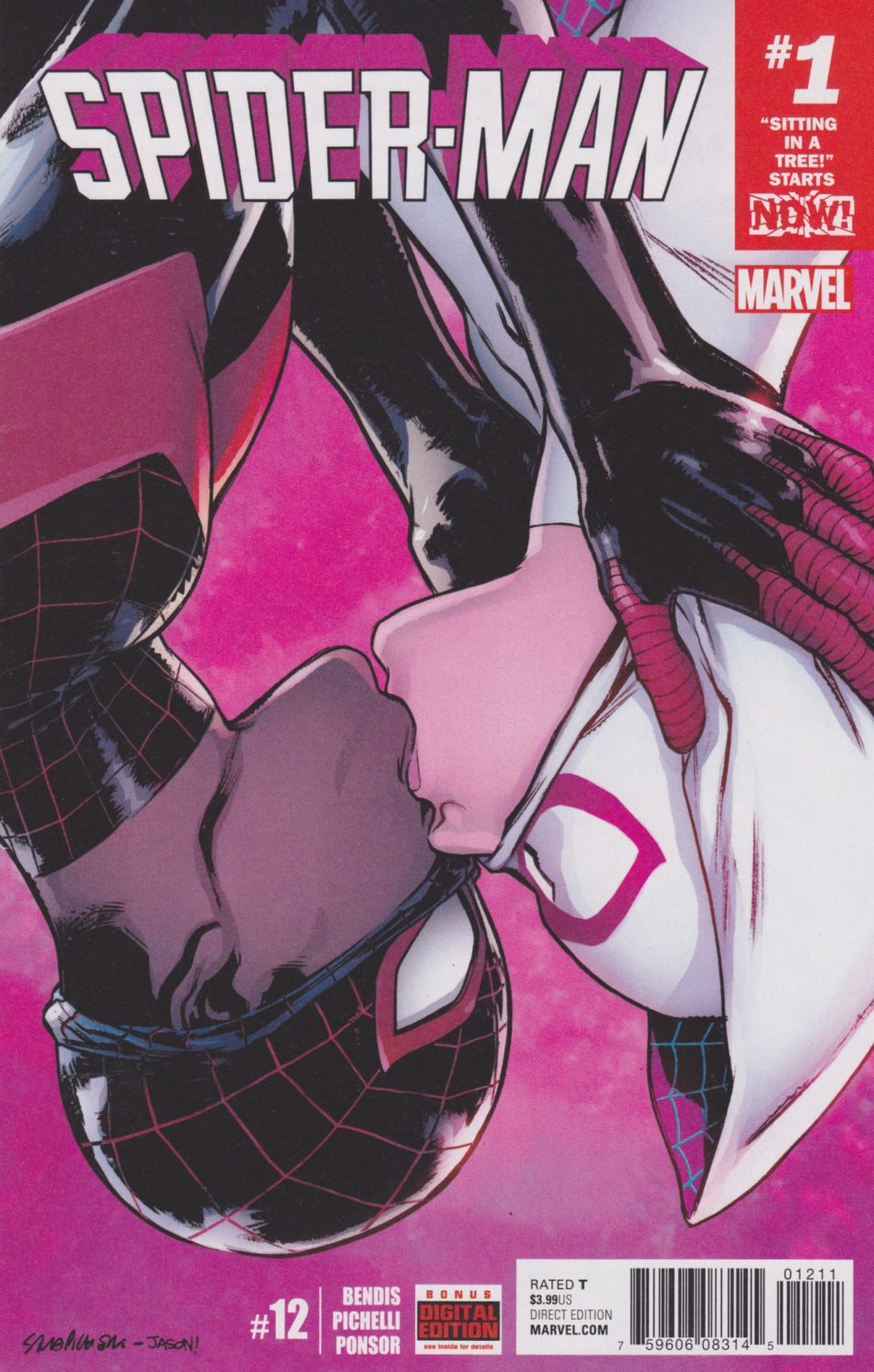 wrong with making lots of cash for comics. Too much cash is never enough. But there are certain mitigating factors that entail making all that cash or NOT making any cash at all.
Readers of InvestComics already know most of the stance we take. Like said, we’ve been on this crusade for years. We’re going to break things down for you so that you may have a better understanding as to what you are getting into with that exclusive limited modern variant or that hot new modern first appearance.

It’s easy to fall in love. It’s also hard to pull a trigger on someone you like too. Falling in love with a person may be a little challenging, but falling in love with material things is very easy, like your comic collection. A collector should have a separate section within their boxes that is labeled “do not touch”. Those comics should be off-limits to resale and held to a higher standard. It should be true love, like loving your children or your dog. That kind of love. Zero separation ever happening. The new comic variant or new “hot” first appearance you just purchased should not enter that “do not touch” area right away. Think about why you made that purchase. Was it purchased to sell? Maybe it was purchased to hold for the rest of your life and will eventually make it to the “do not touch” box? For the purpose of this training session, let’s say the purchase was made to sell.
7 out of 10 times you’ll be stuck with useless product if you fall in massive favor of a modern comic you never intended to keep in the first place. One must remember about the modern comic speculation market, not only is it quick and pointless on the day to day, it’s a seller’s market 90% of the time. Do not be afraid to pull that trigger. Never doing something you wanted to do means the odds will always be in favor of failure. Never sit on a comic that you initially wanted to sell, but didn’t because you were waiting out for max pricing within the market (GREED). Thinking this way, you are guaranteed to probably be stuck with the comic no one wants in a week. There is no win here. A speculator must have the mindset of making money. Period. Waiting it out will always account for lost monies or products you can not move because a volatile market waits for no one. That exclusive variant is no longer the apple of anyone’s eye because a new exclusive variant is a hot commodity right NOW. The same goes for a hot new first appearance. Cannot stress this enough, sell at a high point YOU feel comfortable with but NEVER get greedy. Greed will destroy your collection and more importantly leave you broke. Set a reasonable number in your portfolio. If the price reaches say $125 and that is your set value marker to sell, then sell. A true speculator will possibly engage on a $5.99 comic they bought on Wednesday, to sell on Saturday for $75 if the market is calling. Maybe the comic goes up to $200 next Saturday? Maybe your resale price point was too low? Maybe it was, but a true speculator does three things here. Always. One, the realization of store-bought NEW $5.99 comic to a resale price of anything above $5.99 is a win. We’ve seen collectors literally whine about reselling at $200 (a new $4.99 comic purchase) because they should have waited longer. Absurd thinking. Two, never ever, ever, look back after a sale. Ever. Looking back at what “could have been” is the equivalent to checking on how well that ex is doing without you. Sometimes, it’s the complete opposite. Let’s say the ex is doing wonderfully and that comic blossomed into a winner beyond your imagination. What exactly are you to do with that information? So the ex is doing a hundred times better without you. And? Now what? It’s the same with a comic you sold for $50 and now it’s $500. And? Now what? You don’t own that comic and you certainly don’t have that the girl in your life anymore. Leave all this in the rearview mirror where it belongs. Three, probably the most important of the three. Do your homework. Research. Arrive at an understanding as to why the said comic is of its current value at the moment. There are MANY reasons to be privy to the number three spot here, but the examples of being educated will be covered in another training lesson.
Making money can obviously be infectious and rewarding. Starting out in smaller increments, $10, $25, $30, $50 profit is a good way to go. Get the feel and the dynamic of pulling the trigger for a sale. Let’s say you pull the trigger way early on some of your books at the start, guess what? You’ve built a core base for customers to come back and more importantly, that trust you. They’ll remember you sold that $200 book for $75 at one time, maybe the market value moved the other way and it could be $15 now? This is business 101, building a clientele.

What have we learned here? Do not fall in love with new comics you’re intending to sell.