Ho Ho Horror and a Very Scary Christmas to all our IndieCreator Fiends, err “Friends”.

As we wrap up 2011 and hitch up our pants for the Apocalypse in 2012 (not really, we hope!), there’s some good things ahead for horror comic fans who want to celebrate the best of 2011. But you need to make haste and put your vote (or votes, as the case may be) on the table for what favorite ghastly works made the hair stand on your head or turn prematurely grey.

Even if you are a closet TWILIGHT fan, it’s time to man up and let your voice be heard …

We are pleased to tell you that the Ghastly Awards are coming!

Founded in 2011 by Decapitated Dan with the help of Steve Banes, Mike Howlett, Lonnie Nadler and Mykal Banta, The Ghastly Awards have been created for horror comic creators to nominate their peers for industry-wide recognition. But the only way for them to know how to vote is to get the word out there to them.

The categories for the awards are:

Now we know that this is the end of the year, so we need your help in getting the word out there to creators so we can get nominations in for 2011. 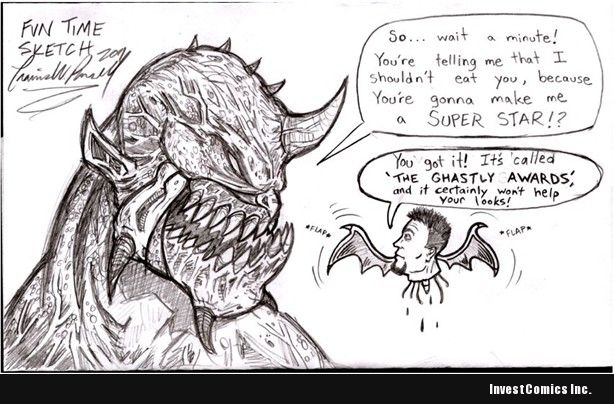 Whatever you may celebrate this time of year, may you enjoy a safe and happy holiday, and get everything you want under your trimmed tree (except for you really sick dudes). Thanks for reading IndieCreator for the past few years. We’ve got some pretty cool interviews queued up for 2012, and sincerely hope you keep coming back for more. 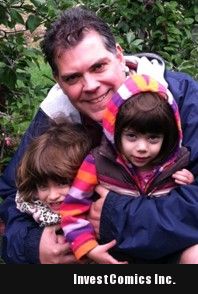