What If Wolverine Couldn’t Heal?

If you’ve seen the trailer for the new Wolverine movie (out this Friday) it sorta heavily implies he’ll lose his healing power at some point. That’s kind of a big deal for Wolverine, as he’s not the most careful guy in the world.

Thinking about his lack of caution got me wondering how much punishment he’d taken thus far on screen. So I went back and rewatched and recut the movies he appeared in. Every punch, kick, groin shot and throw edited together for one big highlight reel of pain. I also sketched up what he might look like at the end of each movie if his healing power didn’t kick in. I worked with a designer friend to put it all together, you can see the version with the supercuts at DSL.com/wolverine.

The takeaway: If Wolverine is going to lose his healing power, he should probably invest in some self-defense classes, or at least some thick body armor. Otherwise, his probability of survival doesn’t look good. Something tells me he’ll make it through this next movie though. You can’t print box office cash with a dead Wolverine! 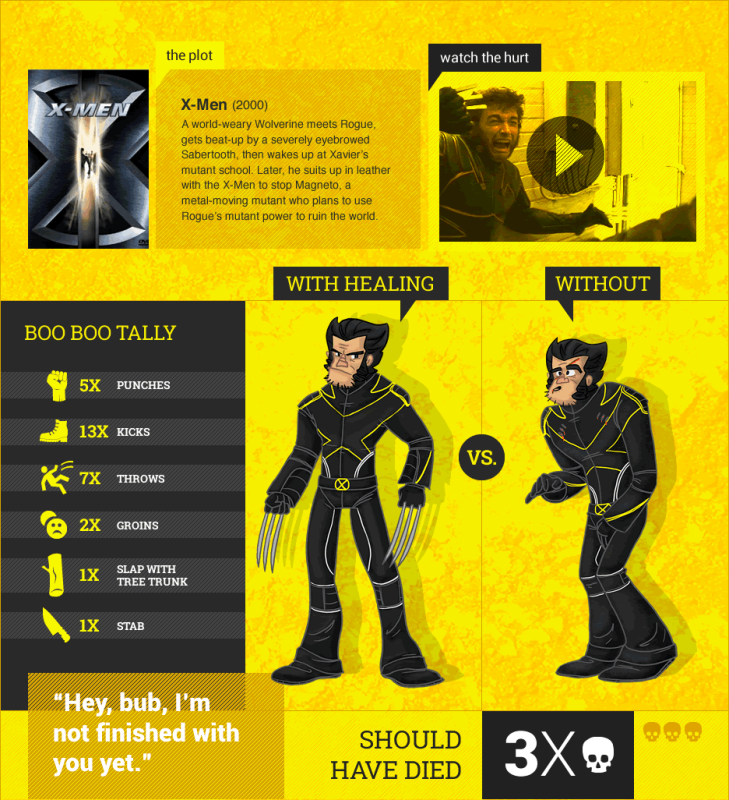 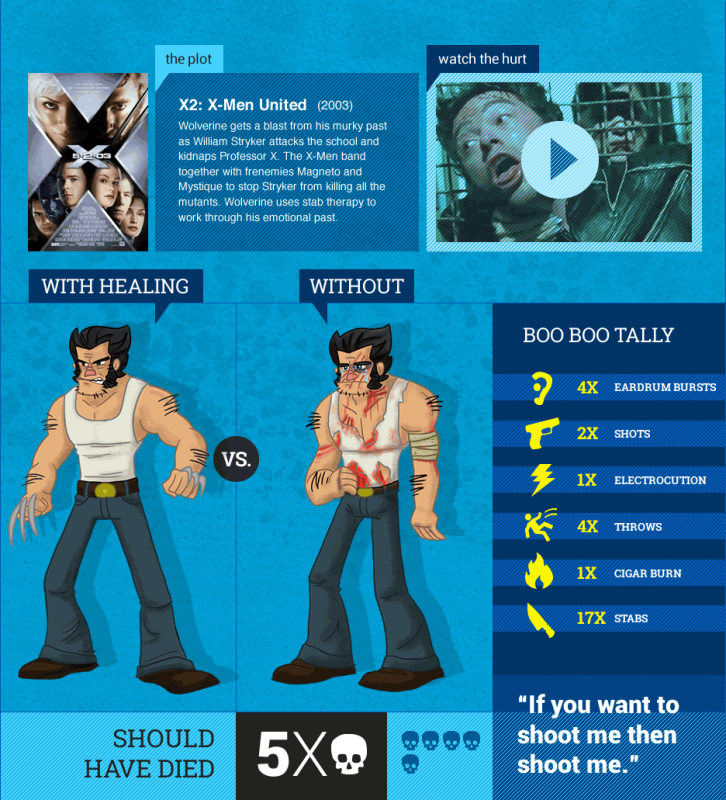 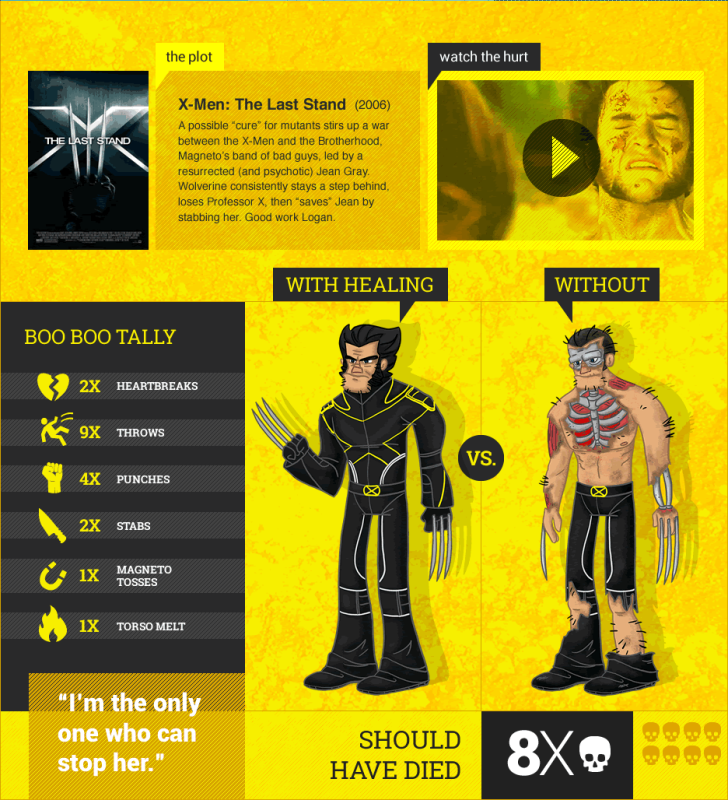 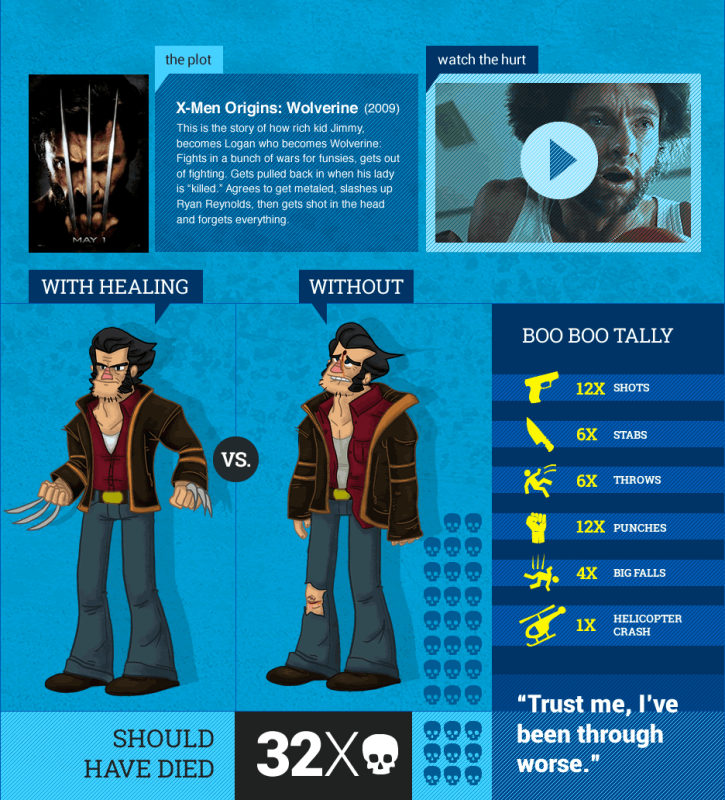 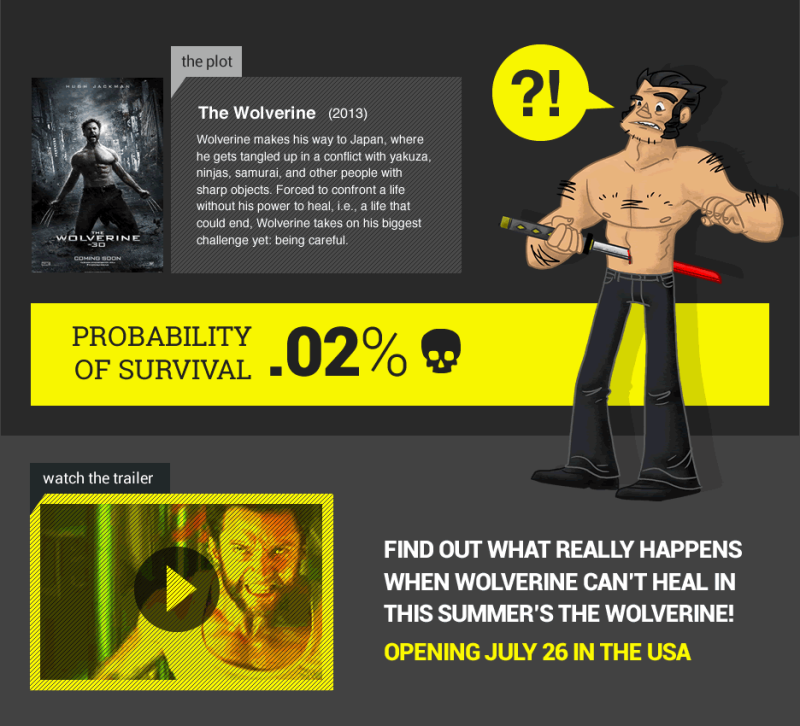