In DC COMICS-THE NEW 52, Wonder Woman will have a new origin, in which she is the daughter of Hippolyta … and Zeus! In recent interviews, writer Brian Azzarello and artist Cliff Chiang have teased that readers should expect the unexpected in this edgier, horror take on the superhero genre ­and the king of the gods will ensure that nothing goes as planned for his defiant daughter.

Originally created by the goddess Aphrodite and raised to perfection on the Amazon island of Themiscyra, the newest incarnation of Wonder Woman has a new costume and now a new origin ­ but she remains Wonder Woman. Strong. Proud. Fearless. WONDER WOMAN is the 12th title in DC COMICS-THE NEW 52 to sell more than a 100K copies. 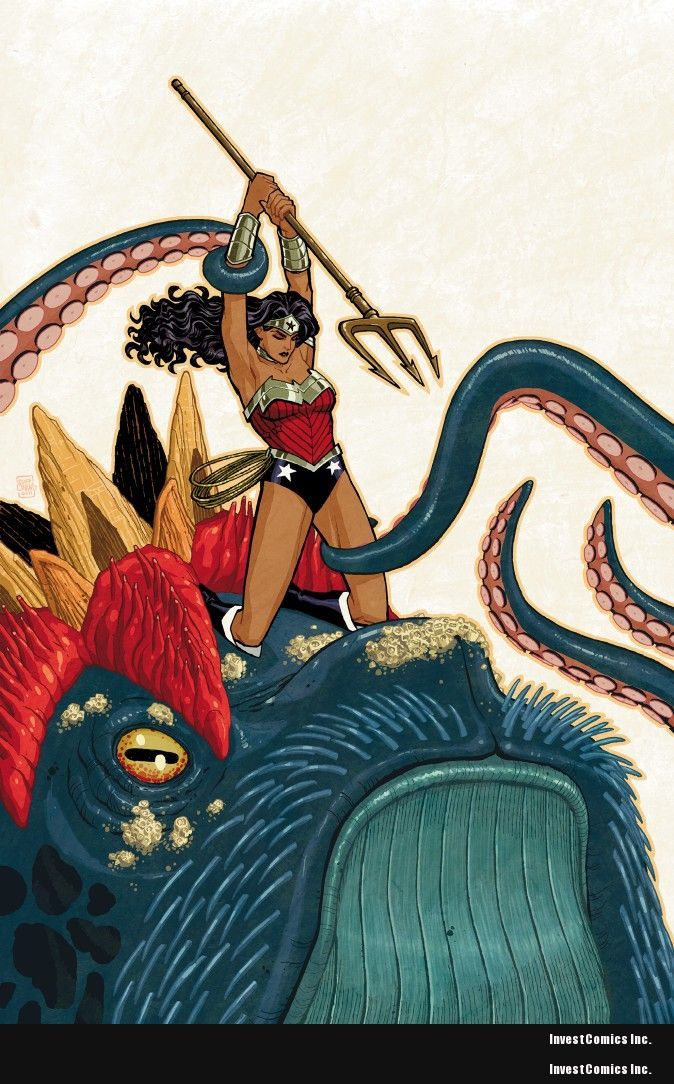 DC also announced that Andy Kubert will be doing a two-issue sting (filling in for regular artist Rags morales) on Action Comics #5 & #6. They also teased at least an appearance by Krypto. This makes me happy.

“When Editor Matt Idelson asked if I would be interested and/or able to fit into my schedule two upcoming issues of Action Comics with Grant, I couldn’t say no,” said Kubert. “I don’t know of any other artist that would have. Drawing the latest incarnation of Superman and working with one of the best writers on the planet made it a very easy decision for me. And in this story, I get to do some VERY iconic stuff! I gotta admit, I’m a little nervous… Fun Fact for those keeping score: I had never drawn Superman in a comics interior for an entire issue. I had done inking over Dan Jurgens and Jerry Ordway for an issue each over their beautiful pencils way (and I mean WAY) back when but this is my first opportunity to pencil the Man of Steel interior pages for my very own!”