Chamberlain’s Sweets: A New Orleans Crime Story in Gallery and Trade Paperback
Berkeley, CA – 2 September, 2011 – SWEETS: A NEW ORLEANS CRIME STORY, the acclaimed noir-inspired comic book miniseries written and drawn by Louisiana native Kody Chamberlain, will soon be collected into a complete trade paperback through Image Comics. Chamberlain’s gritty and richly illustrated series tells the story of a down-and-out detective trying to bring a killer to justice before his city and evidence are washed away by an impending storm. SWEETS is steeped in effortless local detail, recalling readers to the sights, sounds, and flavors of New Orleans.
While Chamberlain’s fans await the release of the new trade paperback collection, his work is being presented for the first time ever in a fine arts gallery setting at The Arcadiana Center for the Arts. The gallery exhibition is now open and available for viewing until October 1st, 2011. Arcadiana Center for the Arts will also host a release party and book signing for the trade paperback comic with Chamberlain on September 10th at 6pm.
“Kody Chamberlain’s work in this exhibit transcends the genre of comic illustration with a depth of perspective and intensity of vision that can only be described as masterful,” said Dr. Gerd Wuestemann, Executive Director, Acadiana Center for the Arts. “The chiseled technical detail of his work combines with solid psychological underpinnings to draw the viewer down the rabbit hole and lets us wander in strange and exciting landscapes.”
“This is a highly unique exhibit. I was able to install my entire miniseries, with lettering, in a gallery setting,” said Chamberlain. “The 117 pages of sequential story completely fills the space with only a half inch of wall between each page, the end result is a striking visual experience. This comic feels like it’s alive in that room.”
SWEETS: A NEW ORLEANS CRIME STORY,  was the winner of the 2011 Spinetingler Award in the category of Best Mystery/Crime Comic or Graphic Novel, and has also amassed an impressive list of positive reviews, including these:
“[Chamberlain]’s a one-man band, and the fact that this story read so well as a complete package is nothing short of amazing. …This kind of care and craftsmanship isn’t just art — it’s magic.” — David Pepose, Newsarama
“…a thrilling read that executes a stellar story with beautiful art… I have never possessed anything even closely resembling a sweet tooth, but the experience of reading this book was so palpable, I found myself wanting a good ol’ fashioned pecan praline after I was done.” — Joy Hog
“I enjoy the rare one man comic book trifecta that actually works out. 4/5 stars!” — The Daily BLAM!
“Chamberlain is an impressive artist who captures New Orleans with such a sense of authenticity and accuracy that at any second you expect to see Ignatius Reilly pushing a hotdog cart through the French Quarter in the background of one of his panels.” — Shawn O’Rourke, Pop Matters
“…a cop drama for people who are sick of cop dramas. …SWEETS feels far more visceral and dark and somehow less like it’s mugging for the camera than the endless string of unrealistic cop-schlock shows that permeate the airwaves…” — Andy Grossberg, Tripwire Magazine
“…incredibly rendered” — Examiner.com 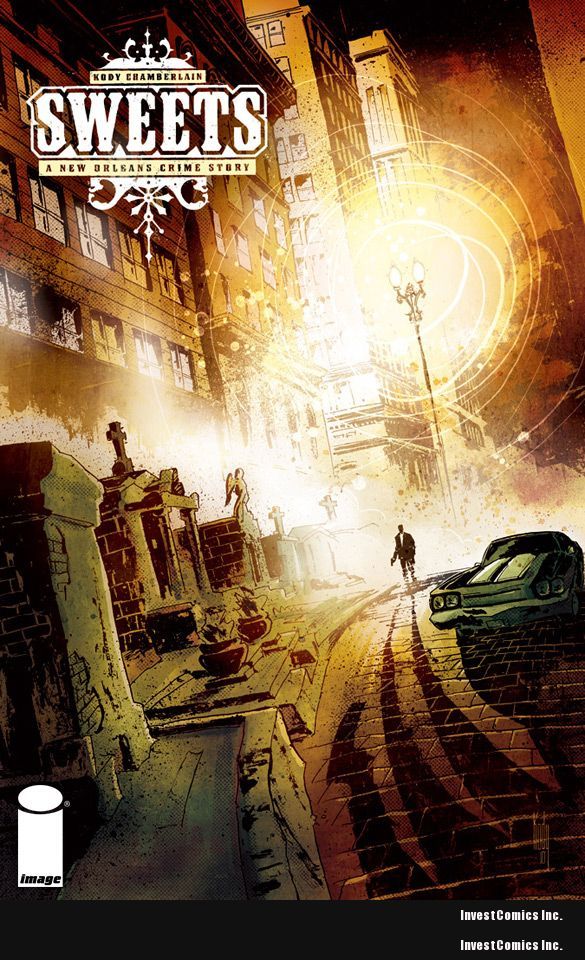 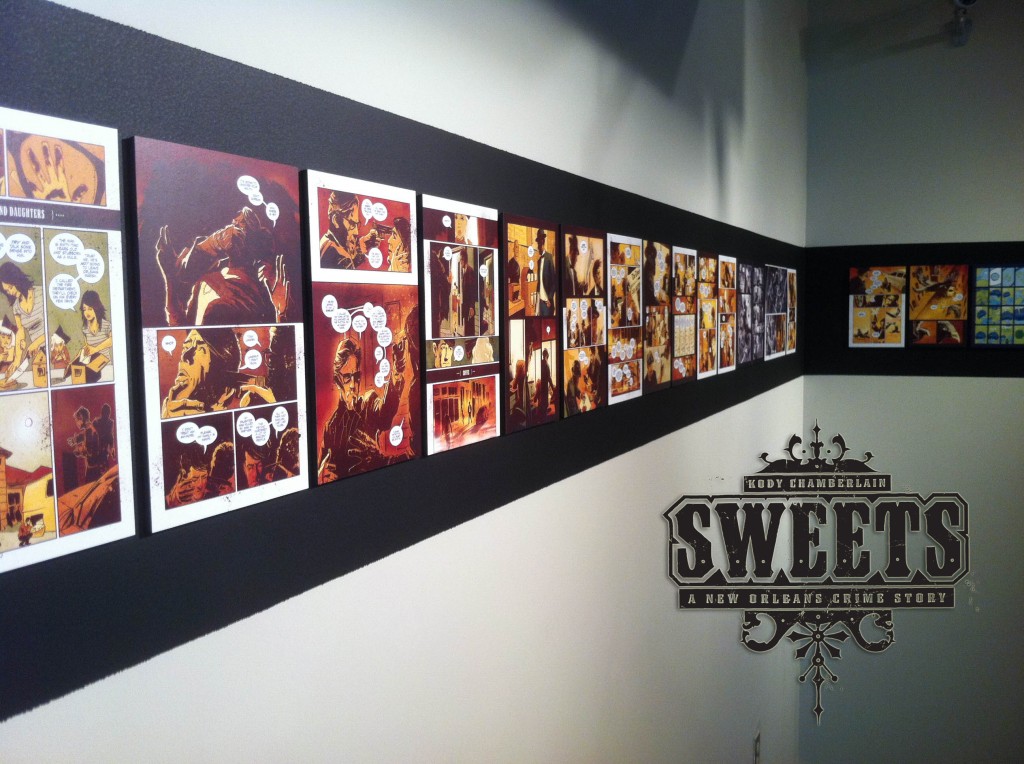 SWEETS: A NEW ORLEANS CRIME STORY TP (JUN110516, ISBN: 978-1-60706-413-8), a 136-page full color crime noir comic book, will be on sale for $14.99 in stores September 9. For more information about the work of Kody Chamberlain, visit http://www.kodychamberlain.blogspot.com/.
ABOUT IMAGE COMICS
Image Comics is a comic book and graphic novel publisher founded in 1992 by a collective of best-selling artists. Image has since gone on to become one of the largest comics publishers in the United States. Image currently has five partners: Robert Kirkman, Erik Larsen, Todd McFarlane, Marc Silvestri and Jim Valentino. It consists of five major houses: Todd McFarlane Productions, Top Cow Productions, Shadowline, Skybound and Image Central. Image publishes comics and graphic novels in nearly every genre, sub-genre, and style imaginable. It offers science fiction, romance, horror, crime fiction, historical fiction, humor and more by the finest artists and writers working in the medium today. For more information, visitwww.imagecomics.com.