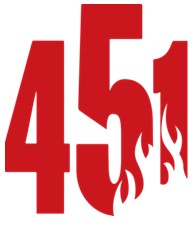 Los Angeles, Aug. 10, 2016 – Coinciding with the release of its latest graphic novel series NVRLND, 451 Media Group has launched an exclusive music video to showcase the underground music world depicted in the comic. 451, known primarily for their cutting edge graphic novels from A-list Hollywood writers, plans to utilize music as a driving force in its new youth focused property, which hits stands today.

The exclusive video directed by Dylan Mulick, who together with Stephanie Salyers created and wrote the series, features a host of rising social media stars and a new original song from veteran indie rock band The Raveonettes, written specifically for the NVRLND property.

“One of the things that really attracted us to 451 was their cross platform model,” according to Mulick. “Music is at the heart of NVRLND, and we were so excited to introduce this story with a a music based approach. This music video was the perfect opportunity to capture the tone of NVRLND and bring the characters on the printed page to life, and as a creator I can’t tell you how exciting this is. We can’t wait to explore the world even further across other platforms as the scope of NVRLND continues to grow.”

NVRLND is an edgy reimagining of the Peter Pan myth set in modern Hollywood. In this telling, Peter Pan is the lead singer of rock band The Lost Boys, who play at a secret underground club called NVRLND. Wendy Darling, the new girl in school, naturally falls for the brooding, bad boy rocker.

But in this heightened reality, kids are falling victim to a club drug called “pixie dust” being pedaled by tattooed, biker nemesis James Hook, which makes them feel like they can fly.

“We really wanted to capture the zeitgeist of the LA music scene, which thrives on the energy of being cool, young and sometimes in love. There’s a real grittiness to our story, and the underground music scene is the perfect setting for capturing that authentic teen rebellion. Of course Hollywood is the ideal setting for a story about never growing up!” explained Salyers.

Adding to the video’s authenticity, NVRLND was filmed at The Smell, a notorious punk rock club in LA that has been set for demolition some time after the filming of the video.

“451 is about building worlds. The world of NVRLND was both electric and tantalizing, with wild and vivid characters we couldn’t wait to develop with Dylan and Stephanie,” says Anthony Gentile, Creative Director of 451. “We really feel this music video coupled with the graphic novel will resonate with viewers and allow them to experience NVRLND at full throttle.”

The first issue of the comic is now available online and wherever comic books are sold.

451 Media Group is a full spectrum, digital media entertainment network that builds its own IP and portfolio of exclusive transmedia brands. 451’s mission is to leverage its core relationships in the creative entertainment community to attract top talent and provide the highest quality stories, characters, and engaging new worlds. 451 utilizes the leading advancements in online technology, mobile applications, and other innovative media channels to develop and launch its IP and brands across all worldwide transmedia platforms. 451 Media Group was co-founded by Michael Bay, Anthony Gentile, John Gentile and Douglas Nunes. For more information, visit www.4FIVE1.com.