Coming from Dynamite this August!

June 28, 2011 – Runnemede, NJ – Dynamite Entertainment is pleased to announce the release of Armor X, remastered with all new story, art, dialogue and color. Re-imagined the way it was always intended to be.  This classic creator-owned series collected for the first time, completely remastered with all-new story and art, written by Keith Champagne, art and new cover by Andy Smith, with a back cover by Bart Sears.

Carson Deeds is an emotionally troubled teen with a loaded shotgun beneath his bed and a list of classmates in his aim. When a suit of alien armor falls into Carson’s hands, he stumbles across the power to live out every revenge fantasy he’s ever dreamed. Or did the armor find him?

“Imagine you had been spit on your entire life. Family, peers…you’ve never been accepted by any of them,” says writer Keith Champagne. “And suddenly, you stumble across the power to live out every revenge fantasy you’ve ever dreamed.  To make matters worse, that power–in this case, a suit of alien technology–is actually urging you to use it for evil purposes. With great power comes great opportunity and suddenly, the entire world could literally belong to you.  In those circumstances, could you rise above yourself and become something better? What if you had to, because suddenly the lives of everyone you know are in danger when the suit’s owners come looking for it.”

“Keith and I have been friends for quite awhile, and we always wanted to work on a project together.  Now that we’ve done one, he felt comfortable allowing us to reprint his Armor X collection.  I was a fan of Armor X when it was first released,” says Dynamite President and Publisher Nick Barrucci.  “It is incredible that Keith considered Dynamite to publish Armor X the way it was always intended, and I can’t wait to show this comic to the world!” 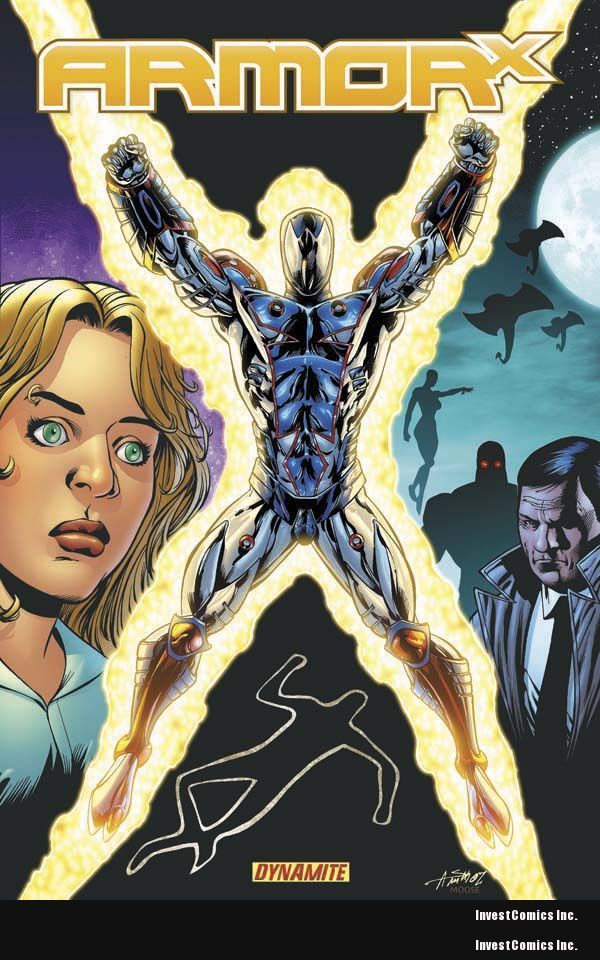 DYNAMITE is consistently ranked in the upper tiers of comic book publishers and several of their titles – including PROJECT SUPERPOWERS – which debuted at #4 in the Top Ten lists produced by Diamond Comics Distributors. In 2005 Diamond awarded the company a GEM award for Best New Publisher and another GEM in 2006 for Comics Publisher of the Year (under 5%). The company has also been nominated for several industry awards, including the prestigious Eisner Award.