Avengers #2 goes back to the presses.

Avengers #2 Rockets Back To A Second Printing!

Marvel is pleased to announce that Avengers #2 has sold out at Diamond (though copies may still be available at retail level) and will return with Avengers #2 Second Printing Variant! Eisner Award winner Brian Michael Bendis and fan-favorite legendary artist John Romita Jr. bring readers on a swift race to the future! The Avengers must stop their own children from destroying the entire universe, however before the trip can be made – the team needs one more Avenger! Avengers #2 Second Printing Variant has a new cover featuring the lush interior artwork from Romita Jr.!

The Heroic Age has arrived and it’s up to the megastar cast of the Avengers to help protect it! Who is the new Avenger? Why is Wonder Man hell-bent on stopping the team? Find the answers to these questions and more in Avengers #2 Second Printing Variant! 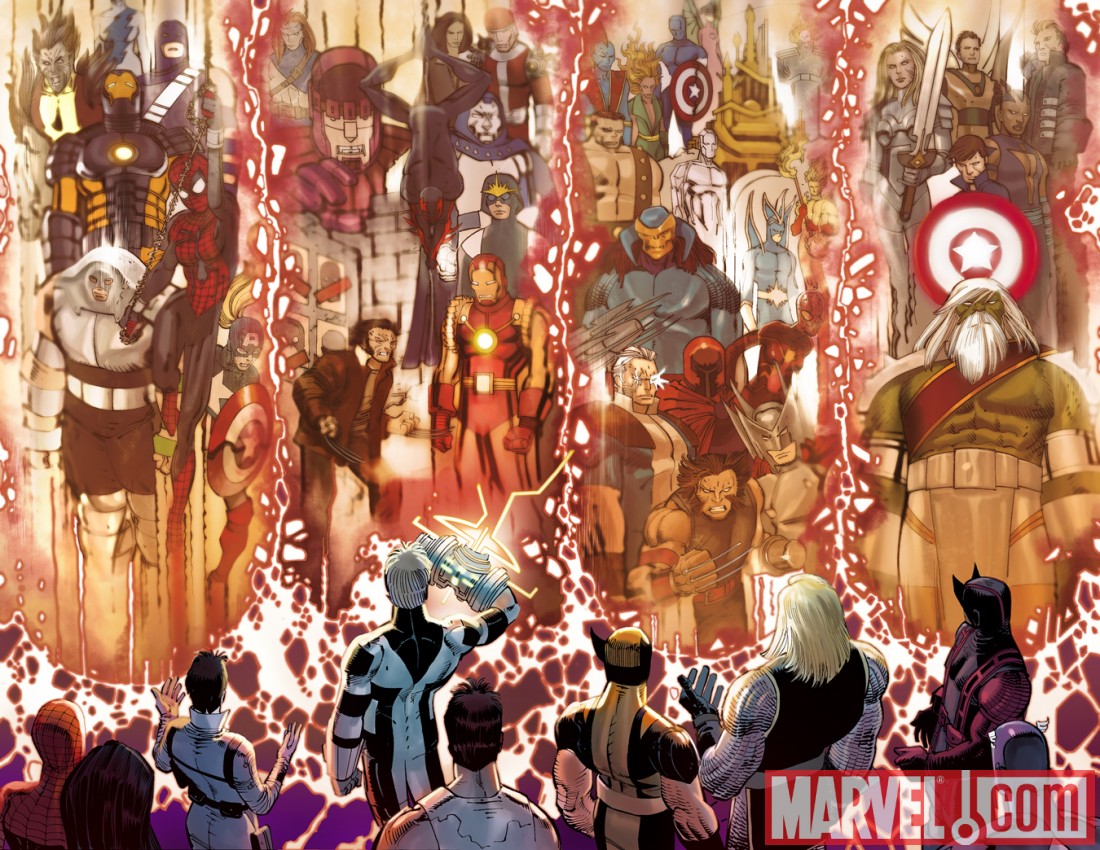