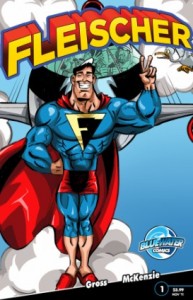 If Family Guy and Justice League had a love child, it would be Fleischer. He means well, but Fleischer is the proverbial fool in a China shop. In his debut adventure he must defend Generic City from Cyber-Abe and a little girl with a bad attitude, aided by the ever-drunk Green Latrine with a guest appearance by Frosty the Snowman. The world needs a hero… We’ve got Fleischer. 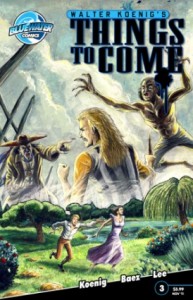 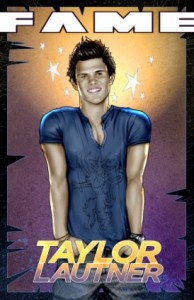 From a background in extreme martial arts to packing on 30 pounds of muscle for his portrayal as a “shapeshifter,” Taylor Lautner is as close to a super hero as any human can become. This fresh, lighthearted biography features artwork by Warren Martineck, down to Lautner’s dazzling smile and chiseled features. This special graphic novel edition   has a bunch of extras. 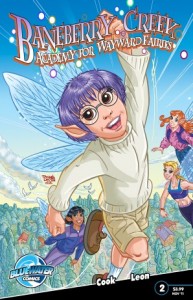 Last time, we met Iris, now meet Link. She’s the strong, silent type, but she has a secret. Around the other girls, she’s a leader, all others will follow her. But something scares Link. Something she can’t talk about with anyone else. In order for her to grow and be a better friend to the others, she’ll have to learn what it means to be a part of a group, to have others count on you, and what it means to truly be one of the girls. 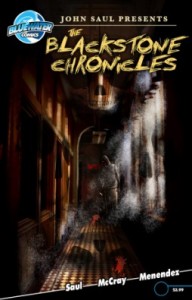 From the imagination of bestselling author John Saul comes Blackstone Asylum. Dr. Malcolm Metcalf’s sadistic legacy.   Madhouse. Torture chamber.   As the town of Blackstone plans its demolition, a dark stranger is determined to keep the evils of the past alive.   Can writer Oliver Metcalf prevent the curse of his father’s asylum before it consumes him? 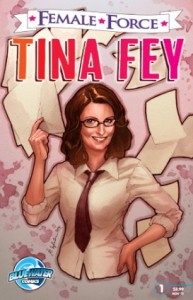 Tina Fey is many things. Writer. Producer. Golden Globe and Emmy winner. Academy Award presenter. Improvisationalist. Pennsylvanian. Star Wars enthusiast. And now the subject of the latest in Bluewater’s Female Force series in this light-hearted look at the lovely and talented creator of 30 Rock. 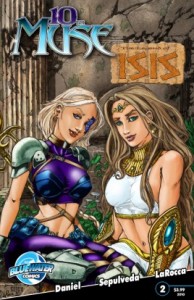 Isis and 10th Muse are sent by the Wizard to Makeda Red in order to dispatch a evil Djinn.   At the surface, they’re greeted by an army of crazed, hungry Demon Apes.   The two heroes fight their way to the palace of the Djinn only to discover that the evil they were sent to destroy is in fact the wizard’s aged uncle, the man whose magic has kept in check the galactic ambitions of a treacherous nephew.    Betrayed and nearly responsible for the death an innocent man, Isis and 10th Muse return to the Wizard’s palace and dispense justice. 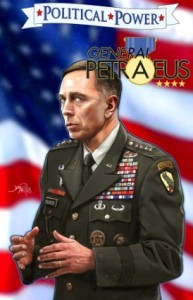 Most of us have heard his name. Most have seen his face. But his story is all but unknown, until now. General David Petraeus has been a leader of men for years, and his name has become synonymous with the American efforts of war in recent years. This story will talk about that, but it will also delve deep into the man himself. Who is David Petraeus? Join the top-selling comic series Political Power and get an up-close look at David Petraeus before he becomes the next director of the CIA. 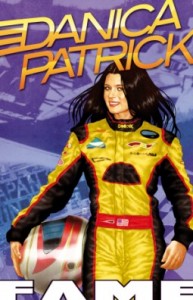 This special graphic novel edition of FAME shows the life and times of Danica Patrick told in comic book format. High speeds and high stakes have followed her throughout her life, and yet, she’s never given up and never given in. The hit bio comic continues, putting the pedal to the medal and racing toward that checkered flag to give you all the background information you could ever want on the racing Sports Illustrated cover girl. This special graphic novel edition   has a bunch of extras. 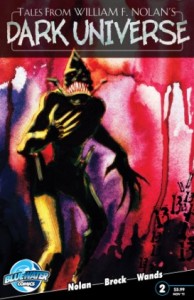 In this issue of TALES FROM WILLIAM F. NOLAN’s DARK UNIVERSE, we present more outstanding adaptations of some of his best horror stories. Join the scary hijinks as characters struggle to deal with unseen horrors, killers and more! 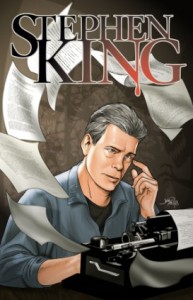 One of the bestselling authors of all time, his books have sold over 500 million copies, translated into 33 languages.   Generations of terrified readers and moviegoers have dubbed Stephen King the “Master of Horror,” but he is much, much more.   This is a rare behind-the-scenes glimpse into King’s private world. This special graphic novel edition   has a bunch of extras. 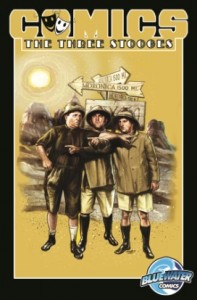 The legendary physical farce and extreme slapstick of Moe, Larry and Curly are the subject of this issue of “COMICS,” a biography series about stand-up comics, sitcom stars & comedians who have made a huge impact on popular culture. From Moe Howard’s childhood acting days during the dawn of the film industry to the very last Curly and beyond, Bluewater Productions recounts the history of one of the funniest and longest running troupes in comedy history. 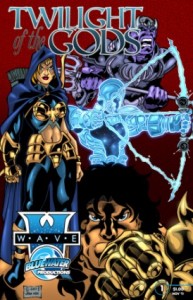 Bluewater’s very own shared universe is here!   Pick up this comic, for only $1.00, and see the birth of the “next greatest thing in comics!”  The Wave #0 kicks off a brand new line that will rock your world with superheroic action, intrigue, adventure, and drama!   Interested? 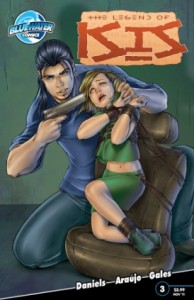 As the epic battle between Isis and Horus unfolds, the baleful enemies find themselves struggling for victory on the scorching sands of the Afterlife.  The diabolical Set springs his lethal trap, but not before Horus makes a most unexpected decision. 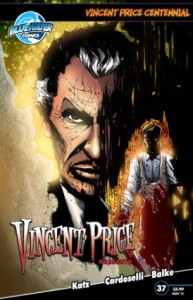 Nicholas Stastny is a saintly lad. He loves his maker, his family, and above all, his animals. He loves ’em to death! Experience the most disturbing “Vincent Price Presents” yet as we learn the gruesome truths to becoming a “Good Boy.” 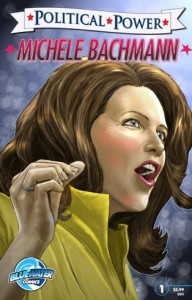 The Race for the White House begins here. One of a number of candidates vying for the Republican nomination for the presidential election of 2012, Michele Bachmann has been making waves in all sectors of the world. This is your first chance to learn more about the candidate and more about the woman. You’ll learn who she is, beyond all the sound bites. You’ll get a sense of the woman, and not just the media story.