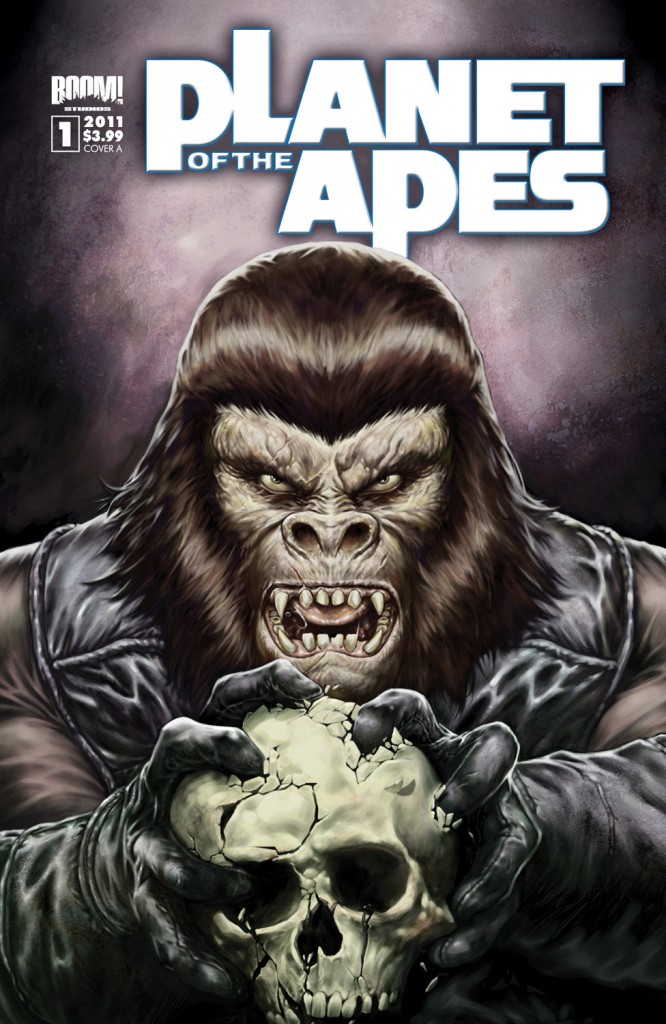 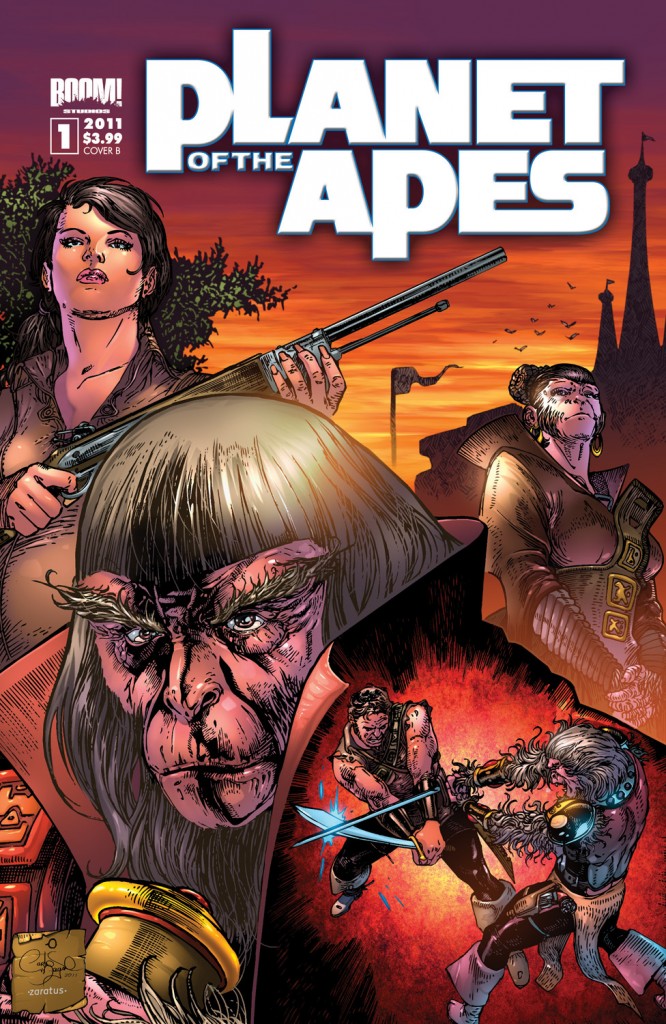 March 22, 2011 – Los Angeles, CA – A bold new vision of the acclaimed sci-fi classic debuts this April as BOOM! Studios brings you an all-new, all-original ongoing PLANET OF THE APES comic series! Based firmly in Twentieth Century Fox’s PLANET OF THE APES franchise, this series written by award-winning sci-fi novelist Daryl Gregory (Dracula: The Company of Monsters, Pandemonium) and drawn by sensational artist Carlos Magno (Green Lantern Corps) transports you to a tumultuous time where man and ape stand at the uneasy brink of war! This April, don’t be the last to get your hands on these damn dirty apes! The PLANET OF THE APES comic series is produced under license by Twentieth Century Fox Consumer Products.

“In the new series, we’re taking our cues from the classic Apes movies but we’re shaking it up with some major surprises of our own,” said BOOM! Studios Editor-in-Chief Matt Gagnon. “This book is sure to make fans new and old cheer, rave and, dare I say, go Ape when they see what we have in store for them!”

Taking place before the original 1968 PLANET OF THE APES movie, but true to the continuity of the first five films, this new ongoing comic series begins in a time when Ape society reaches a new golden age. But there are ripples of dissent in both the ape and human ranks. Tensions will rise and soon all will be caught in chaos! And amidst all this uncertainty, what is the fate of…The Lawgiver? Find out as a new chapter of the acclaimed sci-fi classic, PLANET OF THE APES, begins this April!

PLANET OF THE APES #1 is written by Daryl Gregory with art by Carlos Magno and ships with an A & B cover by Karl Richardson and Carlos Magno respectively and a special 1-in-10 incentive cover. This title ships in April and carries a Diamond Code of FEB110852.