His name is synonymous with rock and roll…to many he is simply “The King.” And even 34 years after his death, Elvis Presley’s life and music still enthrall millions. Now his biography and enduring legacy are celebrated in a graphic novel set to hit shelves on March 30th.

“The Elvis Presley Experience” is the latest Bluewater Productions encore release of vintage Rock ‘n’ Roll Comics issues. The original 6 issues were published by Revolutionary Comics in the early 1990s, but Bluewater’s offering combines all the issues into one 148-page trade publication.

According to original publisher and writer Jay Sanford, this take “is both scholarly and dramatic in its graphic recreation of the King’s remarkable life story.”

Sanford added that the Elvis series was among the best selling contemporary bio-graphic comics of the ‘90s and that the individual issues have been out of print for over a decade.

“Any series concerning rock and roll can’t be complete without Elvis,” remarked Bluewater president Darren Davis. “And this issue covers all the ‘Elvis:’ the naïve Mississippi-born up-and-comer, the dangerous Elvis that made girls swoon in the fifties, the Hollywood Elvis of the ‘60s and Elvis as the Vegas staple in the ‘70s.” 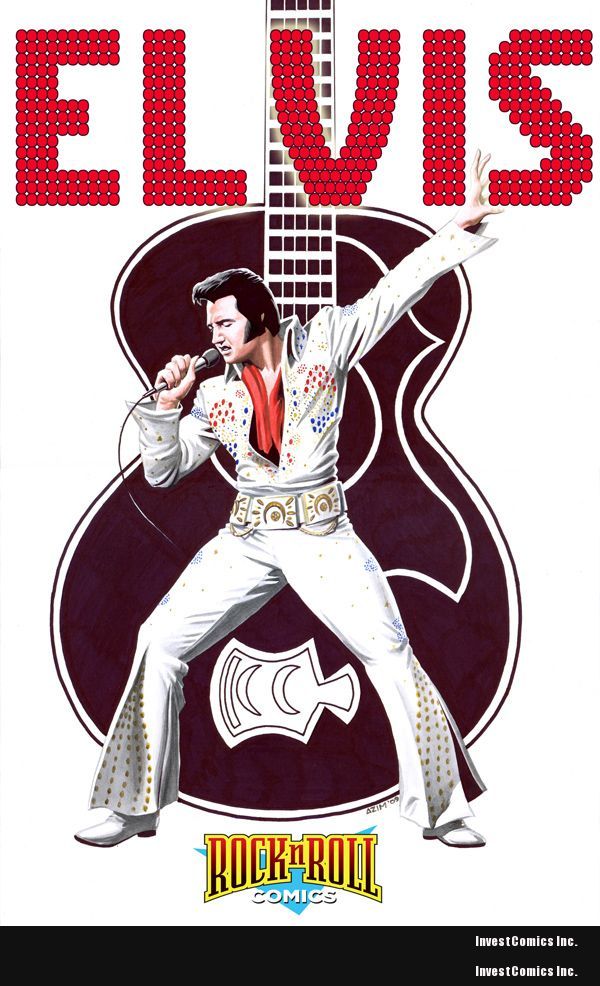 This is the fifth re-release of the defunct Revolutionary Comics properties by Bluewater. The others include graphic novel trade publications featuring The Beatles, Pink Floyd, Joan Jett and the Runaways and “Hard Rock Heroes.”

The original series published by Revolutionary Comics ran from 1989-1994. At its height in the early 1990s, sources report that the company was the largest independent comic publisher in the industry. During its run, the company won several high profile First Amendment cases securing the right to publish the unauthorized biographies as “illustrated articles.”
The graphic novel issue retails for $17.99. It will be available through local comic book stores and several online venues including Amazon.com and the Barnes and Noble stores.
High-resolution images, PDF review copies and interview opportunities are available upon request.