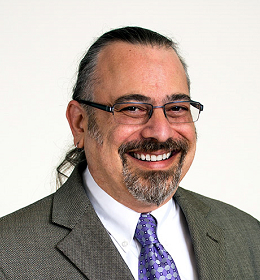 Breaking news from BleedingCool.com has many comic fans feeling a bit emotional about what recently occurred. CGC has become the exclusive grader at C2E2 and Emerald City Comic Con. Meaning that the ‘other’ grading company; CBCS is not allowed to set up within the confines of those buildings. A bit startling for many fans of CBCS to say the least. We reached out to the president and primary grader of CBCS, Steve Borock, to see what he thinks.

Fantastic, thanks! That said, please call me Steve, as I am just another hobbyist with a great gig.

(IC): Great, Steve it is! Let’s jump right into the news this past week. It seems to many onlookers that CGC is monopolizing the market from a business point. They signed an exclusive deal with ReedPop as the exclusive grading company at two conventions; C2E2 and ECCC through 2019. What does this mean for CBCS not being able to provide a service at these shows for their customers that choose CBCS and not CGC as their go to grading company?

(SB) Well, first, the “onlookers” are absolutely correct. CGC, with the help of ReedPop, are trying to monopolize the market under the guise of “This is what collectors want.” This is untrue from the comments on social media, the emails CBCS and CGC have received, and the collectors and sellers I have talked with. In my humble opinion, it’s an “anti-trust” lawsuit just waiting to happen. If ReedPop wants to name our competitor their official grading service and want them to be the ones doing “On-site” grading, that’s fine, but banning CBCS from the floor of their shows is not healthy for our hobby or what many people want. 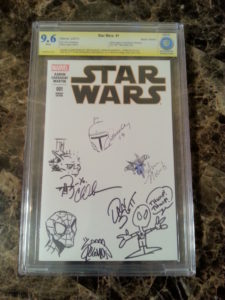 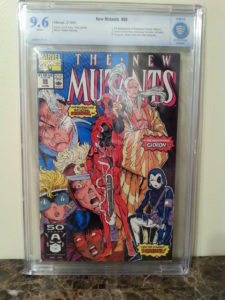 To answer your other question, this does not mean that the collecting community will not have a choice. We will be making a big announcement very soon about how the sellers and collectors who only want to certify their comic books through CBCS at these shows will be able to do so.

(IC): Do you foresee a ‘slab war’ as some fans are calling it or is there enough room for everyone?

(SB) The term “Slab wars” is just hype. Period. It’s divisive and not healthy for our great hobby. We all grew up reading about good verses evil, no one wants a “war” except people who feed on that kind of thing. I do not and CBCS does not. There is room for everyone and everyone should have choices. CGC (the company I helped create) wants to be the only game in town, and they realize they now have real competition for the first time since they opened. They are afraid, and once again, in my opinion, are afraid because they no longer own the entire market, but just a huge chunk of it. They have never had enough genuine concern about another grading service before, because those companies were not composed of real specialists and true hobbyists with the ethics and a love for our hobby that CBCS has. 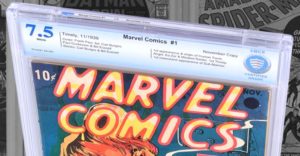 (IC): Would CBCS ever sign an exclusive deal with a particular convention(s) as a means to ensure that you’re not left on the outside looking in?

(SB) We have been asked before if we want to have CGC left out of a convention and have always said “No.” As I stated before, we at CBCS are true hobbyists that believe collectors and sellers should have choices. Picture your local supermarket as a convention. You don’t walk in and just see Coke, you also see Pepsi, RC Cola, and more. People want choices and the conventions should give them the choices they want.

Look, this is a “David vs Goliath” scenario, except this time Goliath (CGC) is afraid of David (CBCS), not the other way around.

(IC): With a recent bump in the proverbial road for CGC, the ‘you won’t like the results….’, what is your take on that?

(SB) I think it was a pretty strange thing to state and a very clear look into how CGC feels and works. I will let the collecting community make up their own minds about those statements. Our community is smart enough to read between the lines.

(IC): Knowing that bashing another company is never beneficial for any professional outfit, which CBCS does not do and we respect CBCS as a company as we do CGC, we ask you, why should a potential customer prefer CBCS over CGC as their grading company of choosing? 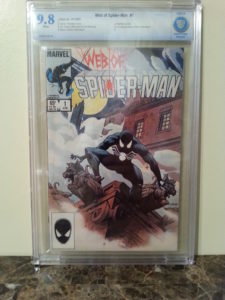 (SB) Because we are better! (laughs) Really, it’s a matter of choice and trust. We have some of the most knowledgeable and honest hobbyists in the world working at CBCS. Our holder is crystal clear and archival safe. We care about every comic that comes in the door, whether it’s worth $100,000 or just a dollar, because that comic means something to the owner, and we respect that.

AS to you first question, here’s the deal…. CBCS never bashes CGC because it’s bad for business and for our hobby. Hell, When people come over to the CBCS booth at conventions with magazines and Undergrounds, books we do not certify yet, we do one of two things: Walk them over to CGC or send them over to CGC.

(IC): So what’s coming down the pike for CBCS? Where can we meet the crew next and beyond?

(SB) There are a bunch of things we are working on at the moment, but we want to announce them when the time is right and not give our esteemed competition a “Head’s up”.

As to where and when you can meet and talk to the CBCS crew, there will be many, many chances in the coming year.

This Thanksgiving weekend I am giving up my vacation to fly out to “I Like Comics” in Washington state (Great store!) for a charity event to meet and greet with other hobbyists this Friday & Saturday and raise money for comic artist Rebecca Woods. I really dig doing charity work in our hobby and have been doing so for many, many years. We can all be superheroes in our own way.

CBCS will be doing most major conventions through the next year and even many small shows. Keep an eye on our website (www.cbcscomics.com) and our Facebook page (CBCScomics) for all the events and conventions we will be doing. Our “News & Events” page is updated as soon as we confirm a show appearance. 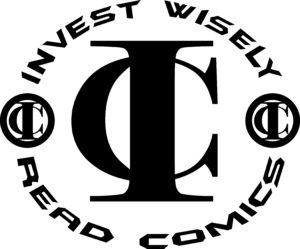