Rapid Fire Comic Hot Picks this week….check it out!

DC Comics: Superman continues to soar with its current storyline. Look for no let up with Superman #707. Wonder Girl #1 will do very well, mostly due to the writing skills of J.T. Krul. Look for this comic to be a possible sleeper hit. If you want to spend an additional $3 besides this book, look for Wonder Woman #105 from 1996 from John Byrne. This issue features the first appearance of Cassie Sandsmark, aka Wonder Girl.

Marvel Comics: Amazing Spider-Man #651 features an 8 page backup story featuring the return of the Mac; Mac Gargan that is. Mac; also known as The Scorpion was first seen in Amazing Spider-Man #20 (1965) from the Spidey Legend himself Steve Ditko. This comic is a very low $1400. Low, because with the Spidey movies about to make a comeback, the Scorpion will not be that far behind. Daredevil Reborn #1 will be a quick sellout, don’t miss it.

The Big anniversary issue this week has to go to Spawn #200. With a ridiculous 10 different covers hitting the shelf. If you have to get all 10 issues, save your money and put it all towards the David Finch Black and White Cover issue. It’s the rarest of all 10, its value will sustain much longer, and it’s an awesome Finch cover! 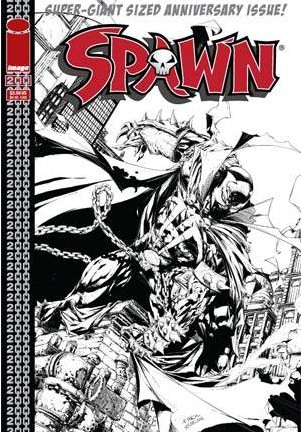 Stan Lee’s BOOM! Books are gaining some momentum. Starborn #2 comes out this week, check it out. Image Comics Infinite Vacation #1 looks to be one that will fly right under everyone’s radar.

Check out InvestComics TV this coming Wednesday with Mr. Hack/Slash Tim Seeley! The episode will be right on the front page of InvestComics for you to watch.