ISSUE #1 IN STORES IN SEPTEMBER!

The series will be illustrated by Tommy Patterson and adapted and scripted by Daniel Abraham, the award-winning and bestselling author of The Long Price Quartet.  The first issue of the monthly comic-which will be published by Dynamite Entertainment-is planned to release in September 2011, with compilations of the comics in graphic novel form to follow under the Bantam imprint.

“It has been fifteen years since I first edited A GAME OF THRONES, and it is a genuine joy to be revisiting and adapting this landmark novel into a format that suits it so perfectly,” says Senior Editor at Random House Anne Groell.  “George’s writing has always been highly visual, painting rich, detailed and striking images in the reader’s minds and hearts.  And now seeing such a talented group of artists bringing that so vividly to life is truly exciting.  I couldn’t be more pleased with everything I have seen so far–and I can’t wait for what is yet to come!”

“It’s a real privilege and a treat to be involved with reinterpreting Game of Thrones,” says writer Daniel Abraham.  “It’s a brilliant piece of work, and watching the strength of that story come into a visual medium is fantastic.”

“George R. R. Martin’s Game of Thrones is the best book series I’ve ever read,” says cover artist Mike Miller.  “Not just in the fantasy genre, but in ANY genre.  Just as I hear people saying Game of Thrones is the best series on TV, I’m sure they’ll be saying the same about the comic book.  You can’t find a better writer anywhere than George, and I was very excited to get the opportunity to draw covers for the comic book adaptation.”

Game of Thrones began airing on HBO in April 2011, and quickly became one of the highest rated, and critically acclaimed show of the year, with a 2nd season commitment by HBO following the airing of the first episode. The season finale was the highest rated episode of the season, showing the strength of the series.  The comics and graphic novels will further expand the Game of Thrones series into a new medium, creating opportunities for readers old and new to immerse themselves in this bestselling world. 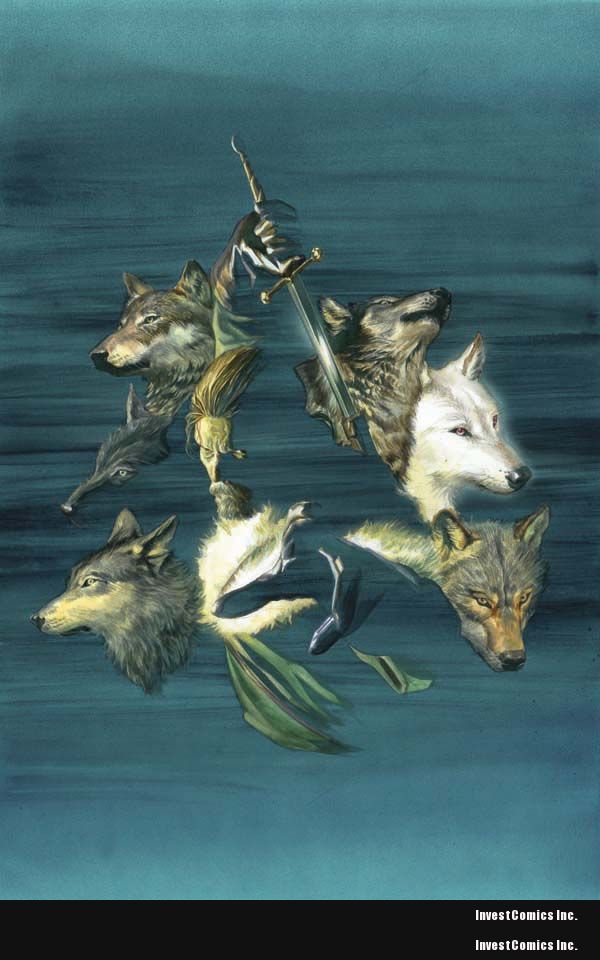 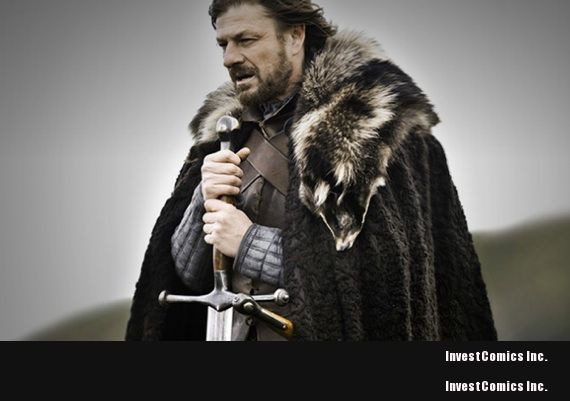 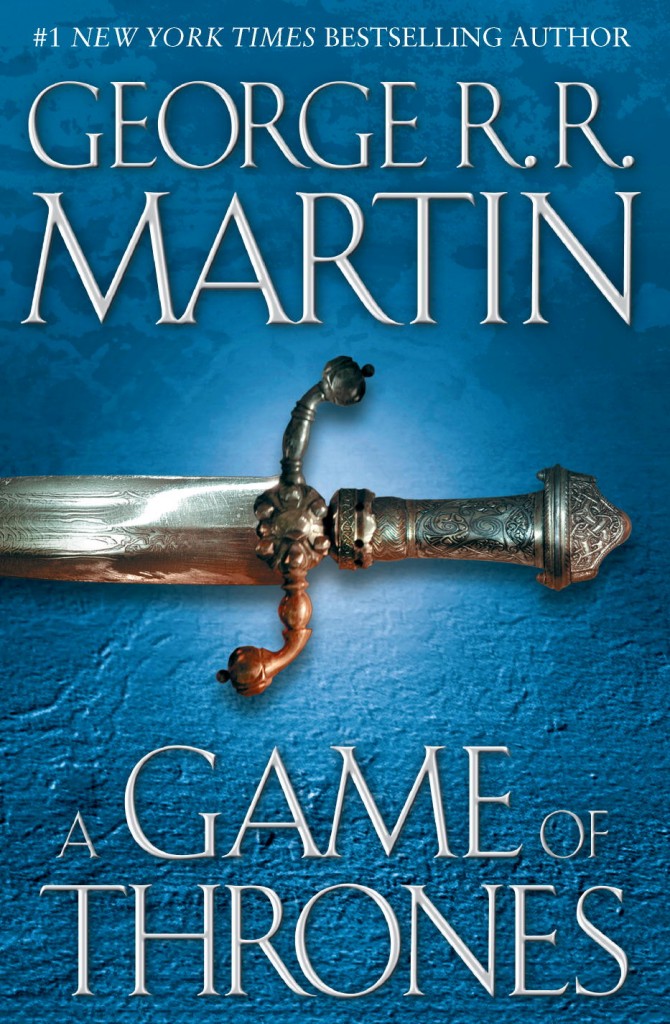 GEORGE R. R. MARTIN sold his first story in 1971 and hasn’t stopped. As a writer-producer, he worked on The Twilight Zone, Beauty and the Beast, and various feature films and pilots that were never made. In the mid-90s he returned to prose and began work on A Song of Ice and Fire. He has been in the Seven Kingdoms ever since. He lives with the lovely Parris.

ALEX ROSS is known for his realistic human depictions of classic comic book characters.  Alex has graced the pages of his premiere Marvel Comics work Marvels with Kurt Busiek and Kingdom Come with Mark Waid. Between 1998 and 2003, writer Paul Dini and Ross produced annual tabloid-sized editions celebrating the 60th anniversaries of DC Comics’ Superman: Peace on Earth, Batman: War on Crime, Shazam: Power of Hope, and Wonder Woman: Spirit of Truth, as well as two specials featuring the Justice League: Secret Origins and Justice League: Liberty and Justice. Ross’ awards include a 1997 Will Eisner Award for the limited series Kingdom Come (with Mark Waid) and a 1998 National Cartoonists Society Comic Book Award for Superman: Peace on Earth. Alex Ross is heavily involved with many Dynamite Entertainment projects and is currently reuniting with Kurt Busiek for Dynamite’s Kirby: Genesis!

MIKE S. MILLER is a longtime artist for many comic publishing companies including Marvel, DC, and Image, Mike S. Miller is most known for his work on the comic book adaptation of George R. R. Martin’s Hedge Knight series, Robert Jordan’s New Spring as well as his work on DC’s JLA and Adventures of Superman. Miller created and wrote The Imaginaries, which was published by Image Comics before starting his own publishing company, Alias Enterprises, to publish the series, among others. The series is returning through Darren Davis’s Bluewater Productions. In 2008, the option to his comic book series ‘Deal with the Devil’ was sold to Lionsgate Films, although no work on the project has been announced. Miller currently draws a pair of established webcomics on his site Comicstripclub: Electronic Tigers, a slice-of-life gaming webcomic, and RLC (Right Left Center), a political cartoon series with a conservative viewpoint.

DANIEL ABRAHAM is the author of ten books and more than thirty short stories.  He has been nominated for the Hugo, the Nebula, and the World Fantasy awards, and won the International Horror Guild Award.  He has written the graphic novel adaptations of George R. R. Martin’s novel Fevre Dream and novella “Skin Trade,” and original scripts for Wild Cards: The Hard Call.  He also writes as MLN Hanover and James S. A. Corey.  He lives with his family in the American southwest.

Artist TOMMY PATTERSON’S credits include Farscape for Boom! Studios, the movie adaptation The Warriors for Dynamite Entertainment, and Tales From Wonderland the White Knight, Red Rose and Stingers from Zenescope Entertainment. He has a BS in Studio Art and also works as a graphic designer.  Patterson lives in Western Kentucky with his wife and daughter.

Long ago, in a time long forgotten, a mysterious event threw the seasons of the world out of balance.  Now the kingdom is blessed by golden summers that go on for years, and cursed by cruel winters that can last a generation.  In the cool north of this kingdom is a royal family ruled by Eddard Stark.  The symbol of the royal house of the Starks is a direwolf; their motto is “Winter is coming.” As indeed, it is.  For the Iron Throne of Westeros is once more under contention.  With Eddard’s help, Robert Baratheon won it away from the corrupt Targaryens, who had ruled Westeros for generations.  But when Eddard is summoned south to help an aging king hold the throne they both won, he finds himself enmeshed in a web of treachery and lies, as faction after faction plays that most dangerous game of all: the game of thrones.

BANTAM BOOKS, established in 1945, is one of the most successful publishers of adult fiction and nonfiction. In addition to being the nation’s largest mass market paperback publisher, Bantam publishes a select yet diverse hardcover list, which includes the bestselling novelists Dean Koontz, Lisa Gardner, George R.R. Martin, and Louis L’Amour, one of the bestselling writers of all time. Bantam is also the proud publisher of some of the landmark nonfiction books published in the last two decades including Emotional Intelligence by Daniel Goleman, Dr. Christiane Northrup’s Women’s Bodies, Women’s Wisdom, and the #1 bestseller Flags of Our Fathers by James Bradley with Ron Powers, as well as notable bestselling memoirs, such as Iacocca by Lee Iacocca and William Novak; It Doesn’t Take A Hero by General Norman Schwarzkopf with Peter Petre, and John Glenn: A Memoir by John Glenn and Nick Taylor.

DYNAMITE ENTERTAINMENT, the publishing division of DYNAMIC FORCES, INC., was founded in 2004 and is home to several best-selling comic book titles and properties, including The Boys, Green Hornet, Vampirella, Warlord of Mars, Project Superpowers, Robert Jordan’s Wheel of Time and more!
In addition to their critically-acclaimed titles and best selling comics, Dynamite works with some of the most high profile creators in comics and entertainment, including Alex Ross, John Cassaday, Garth Ennis, Michael Avon Oeming, Mel Rubi, Marc Guggenheim, Stephen Sadowski, Mike Carey, Jim Krueger, Greg Pak, Brett Matthews, Matt Wagner and a host of up and coming new talent!
DYNAMITE is consistently ranked in the upper tiers of comic book publishers and several of their titles – including Alex Ross and Jim Krueger’s PROJECT SUPERPOWERS – have debuted in the Top Ten lists produced by Diamond Comics Distributors. In 2005 Diamond awarded the company a GEM award for Best New Publisher and another GEM in 2006 for Comics Publisher of the Year (under 5%). The company has also been nominated for several industry awards, including the prestigious Eisner Award.

2 thoughts on “DYNAMITE PLAYS A “GAME OF THRONES” in SEPTEMBER”