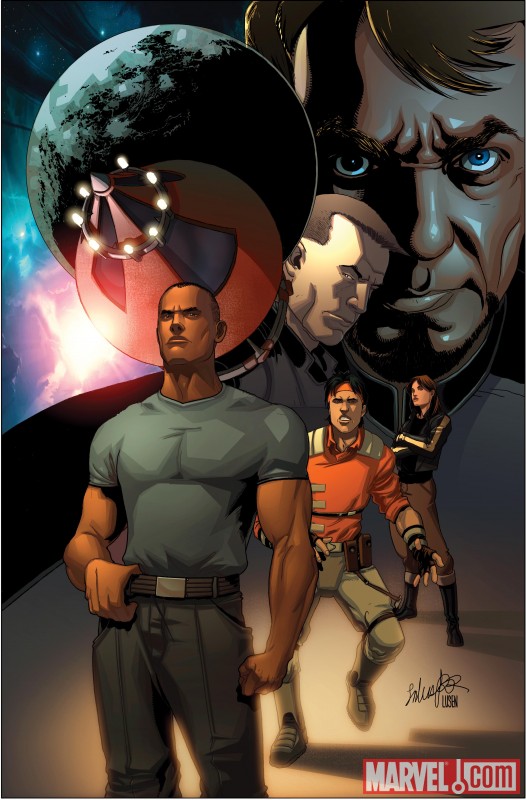 New York Times best-selling author Orson Scott Card revolutionized science-fiction with Ender’s Game and now returns to write the most requested sci-fi story in the world  with Marvel Entertainment in February’s Formic Wars #1 (of 7). Selling millions of copies worldwide, Ender’s Game is one of the most popular science fiction epics of all time, with fans begging for Card to tell the origins of this universe! Now Orson Scott Card himself, teaming with co-writer Aaron Johnston and rising star artist Giancarlo Caracuzzo, returns to write the prequel in graphic fiction format. Long before Ender Wiggin fought the Third Formic War, humans battled the Formics on our own turf. Twice. Outgunned and unprepared, the human race stands on the brink of total annihilation.

“I’ve been so happy with Marvel’s comic-book adaptation of Ender’s Game, Ender’s Shadow, Ender in Exile and Speaker of the Dead that I wanted my long-imagined story of the Formic Wars to appear first in this wonderfully visualized form,” said Orson Scott Card, “With a whole new set of characters, putting together a ragtag fleet of improvised and adapted spacecraft to take on an alien invader, I think these are some of the best, most inspiring stories in the Ender’s Game future history, and through the work of Marvel’s great team of writers and artists, my tales are coming to life with a power and reality I never could have managed on my own.”

This action-packed prequel to Ender’s Game answers the questions fans have been asking while delivering a jaw-dropping story perfect for new readers.

“There are few writers as prolific and popular as Orson Scott Card,” said David Gabriel, SVP Sales & Circulation, Marvel Entertainment. “We’re extremely thrilled to bring Formic Wars to life for the first time in any medium and even more excited to have Orson Scott Card at the helm. If you’re a fan of the Ender’s books, or just a fan of classic sci-fi, you won’t want to miss this series.”

The most requested sci-fi action-thriller of the century is now here—you can’t afford to miss Formic Wars #1, hitting comic shops in February 2011. 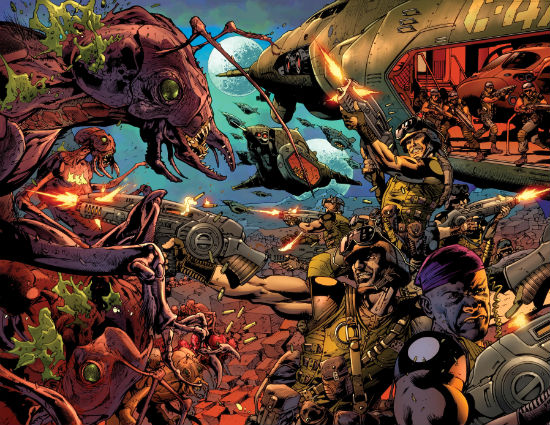