LOS ANGELES, CA (September 14, 2012) – The Hero Initiative, the charity dedicated to helping comic creators in medical and financial need, has drawn great acclaim for its “100 Projects” in recent years, in which 100 artists draw an original cover on a special anniversary issue.

Now, after running projects with Marvel Comics, DC and Archie, Hero Initiative proudly announces that its latest and greatest “100 Project” will feature the best-selling comic of 2012—The Walking Dead #100. This marks the first time Hero has partnered in such a way with Image Comics and Skybound.

Artists including The Walking Dead illustrator, Charlie Adlard, will contribute original covers, as will other top talents such as Dan Brereton, Ian Churchill, Kevin Eastman, Joe Jusko, Dale Keown and Whilce Portacio. And yes, even The Walking Dead creator/writer and Image Comics partner Robert Kirkman will contribute. (He can draw a little!)

“The Walking Dead would have never become the success it’s become without the trailblazers who put in the hard work to make this industry live on into the future,” said Kirkman. “Doing things like this for The Hero Initiative, which helps creators who have fallen on hard times, is a way for Charlie Adlard and I to give back to the community that has provided us with countless hours of entertainment and also a pretty cushy living. Simply put, it’s the right thing to do.”

“They say charity begins at home. Well, I can’t think of one closer to that than the Hero Initiative,” said Adlard. “It’s great to be able to give back to the creators who inspired me.”

A public viewing of all 100 covers will be scheduled for winter of 2012-13, along with auctions of all the original covers. A book collecting all the art will be available in 2013. 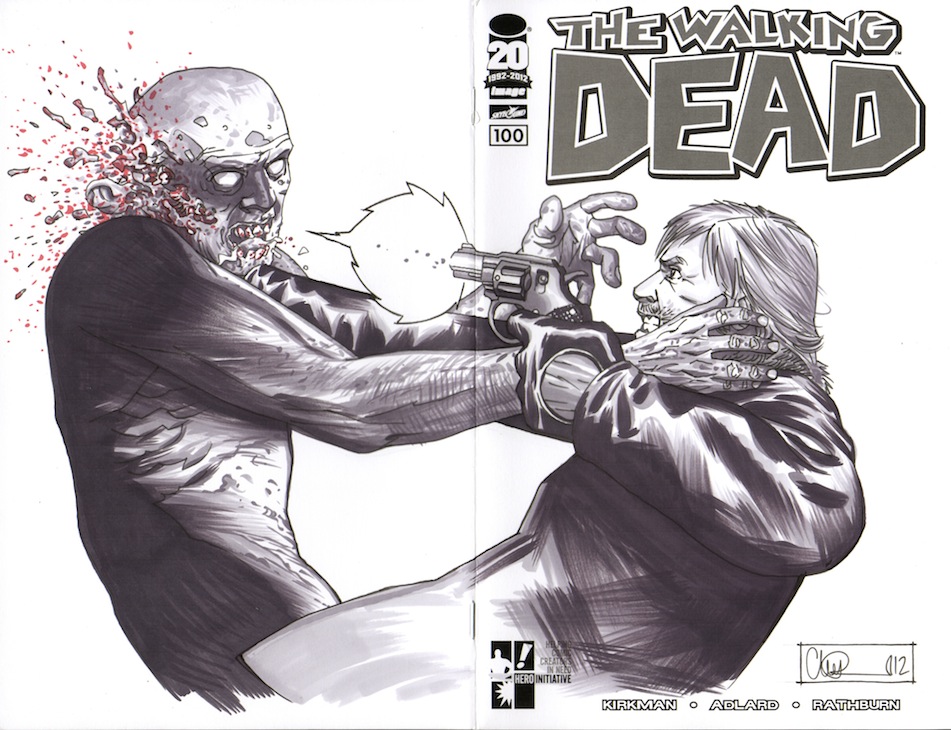 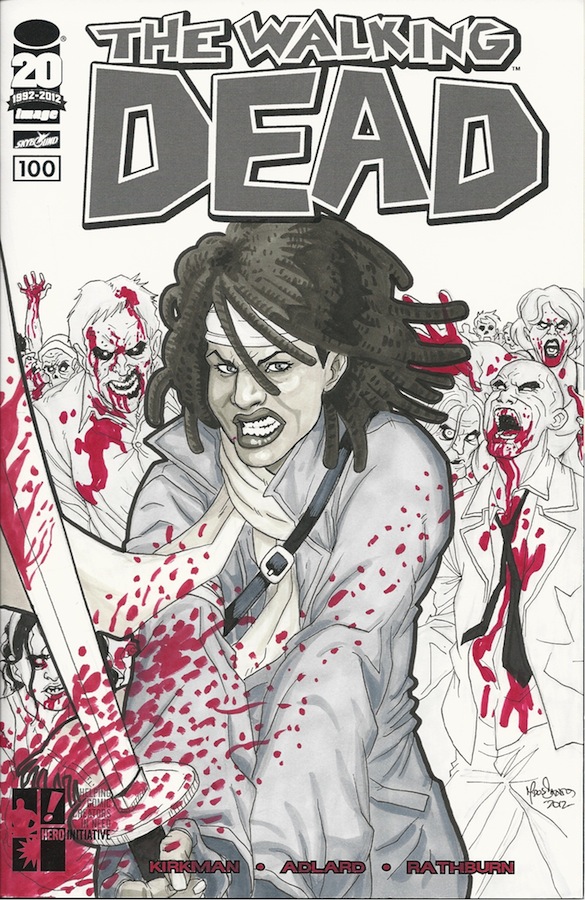 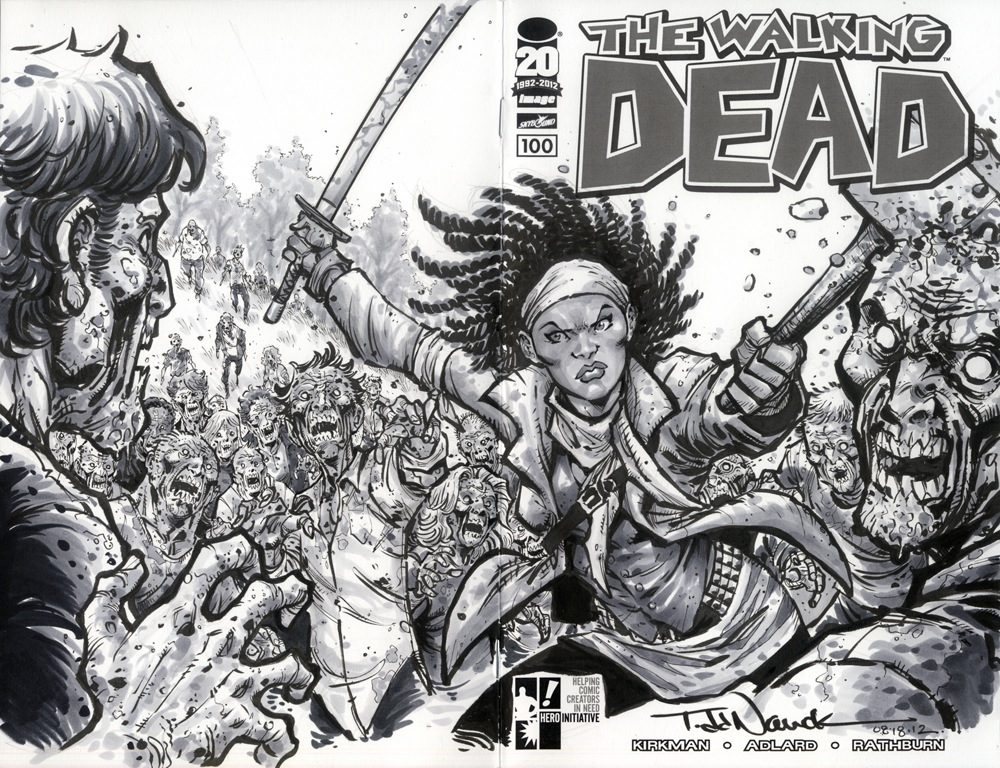 About The Hero Initiative The Hero Initiative is the first-ever federally chartered not-for-profit corporation dedicated strictly to helping comic book creators in need. Hero creates a financial safety net for yesterday’s creators who may need emergency medical aid, financial support for essentials of life, and an avenue back into paying work. It’s a chance for all of us to give back something to the people who have given us so much enjoyment.

About Robert Kirkman Robert Kirkman’s success and passionate advocacy for creator-owned comics led him to become the first person invited to become a partner at Image Comics since the company’s inception twenty years ago and he formed his own imprint there, Skybound, in 2010. Kirkman is the creator/writer of the Eisner Award-winning The Walking Dead, long-running Invincible, all-ages Super Dinosaur, The Astounding Wolf-Man, and new title Thief of Thieves, among many others. Kirkman has earned the respect of the comic, writing and television communities and topped the New York Times bestseller list for graphic novels in 2011 and in April 2012, he took the top five spots on both the hardcover and paperback lists. He’s the creator/executive producer and writer of the hit television show, AMC’s The Walking Dead, the highest-ratedbasic cable drama of all time in the U.S, also an international success in 120 countries and 250 million households. AMC is developing Thief of Thieves as a  potential series with Kirkman serving as creator/executive producer and writer. www.Skybound.com is your destination for all news and merchandise for Robert Kirkman, The Walking Dead and all Skybound titles.