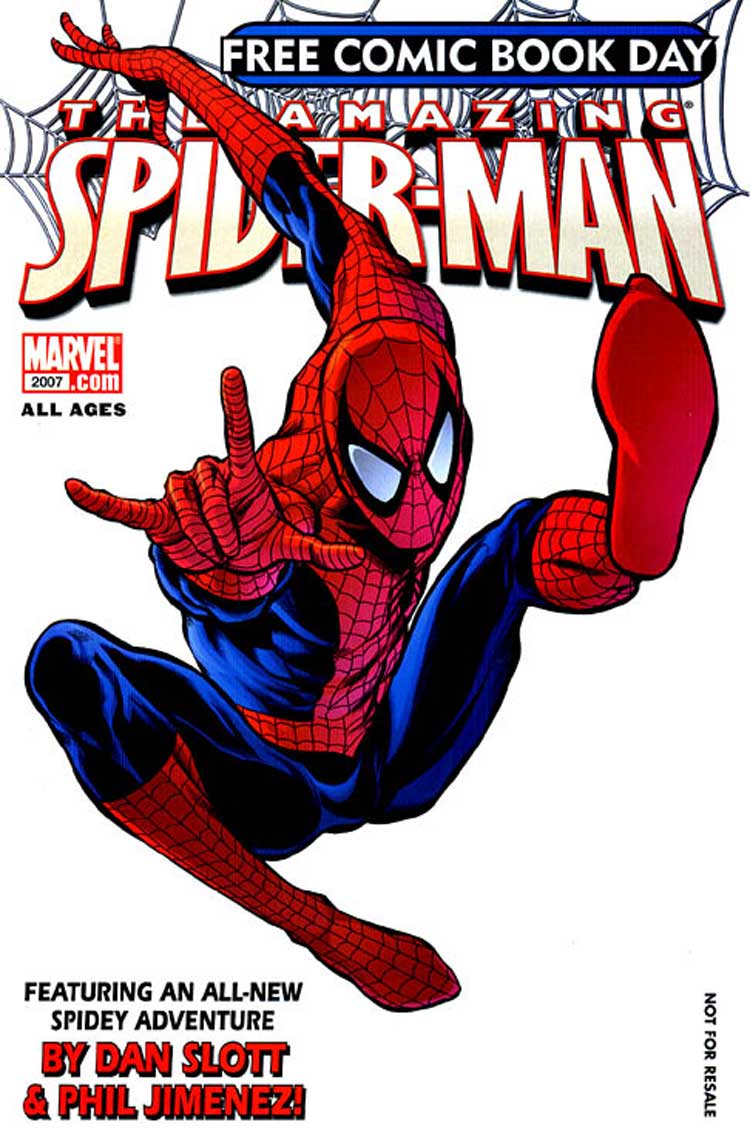 Lets focus on this weeks pick now. Amazing Spider-Man #549 is coming out this week with a debut of a “new” hero. We say “new” because we all know her already. We know that she WAS married to Peter Parker at one time. We know she has red hair, We know her as, Jackpot?? InvestComics is not going to ask you to run out and buy Amazing Spider-Man #25 or #42 and spend a small fortune. Although that is a decent investment, we’re looking for the character named Jackpot, not Mary Jane.

In last year’s Free Comic Book Day, Marvel gave us a glimpse into the future of Parker. In this FREE comic we see lots of things including the first appearance of….you guessed it, Jackpot!

Once again you can pick this once FREE comic up on Ebay for $2.99. Buy the Amazing Spider-Man #549 and sell as a couple. Imagine that a “couple”, something Peter and Mary aren’t anymore. So we say hold onto your pair for a week to see if #549 sells out. Then throw down your deuce on Ebay as a pair. Market this correctly and you can make a few bucks to buy a better storyline someplace else.