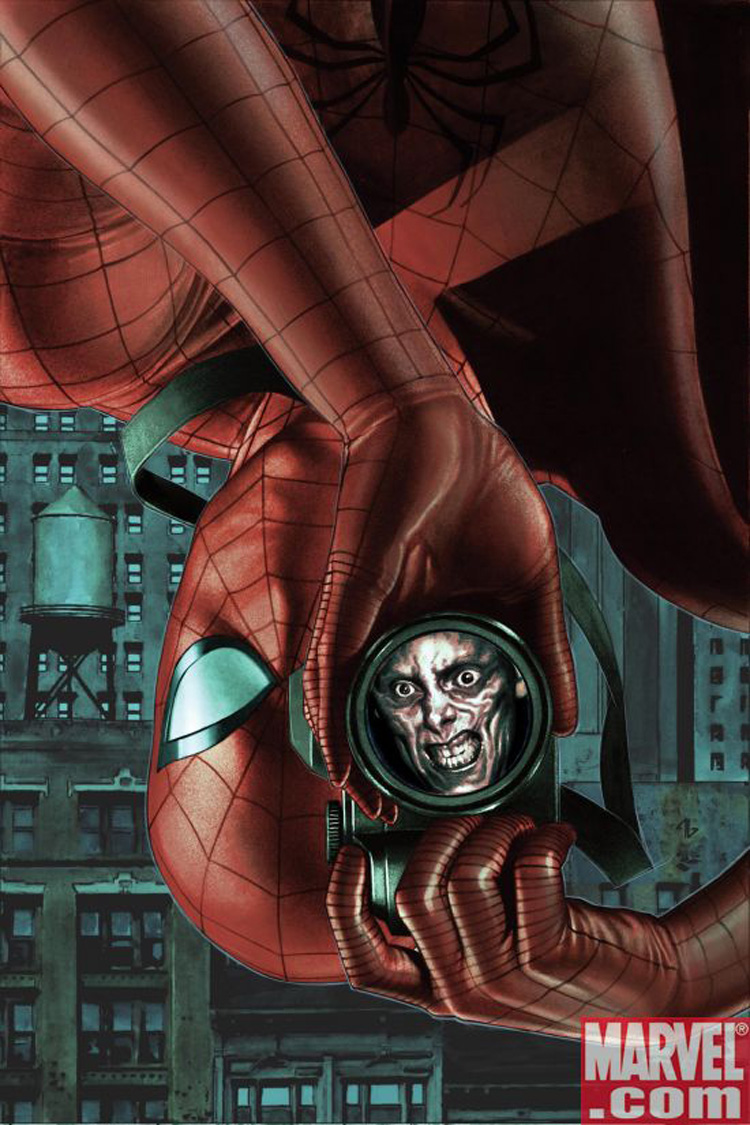 The Brand New Day storyline is starting to pick up some steam after some harsh criticism from die hard Spidey fans stemming from the One More Day storyline. Looks like Joe Q might be winning some fans back after all! That didn’t take long now did it?

This issue of the new trifecta format is probably one of the more anticipated  issues due to the fact that fan favorite Phil Jimenez will be taking over the penciling duties. We also get an oscar nominated screenwriter Bob Gale (Back To The Future) taking over the writing duties. Will this equate to a Kevin Smith type frenzy? Most likely not, but you never know.

A new villain makes their debut as well. The new bad guy is Freak. The name  leaves a lot to be desired, but that’s the name, oh well.

Do all of these things add up to a potential buy? Yes. Mr Jimenez is going to give fans what they want, it’s up to the oscar nominee and that villain Freak. If those 2 hold up their end, this comic will be in it’s second print before you can say cha-ching!