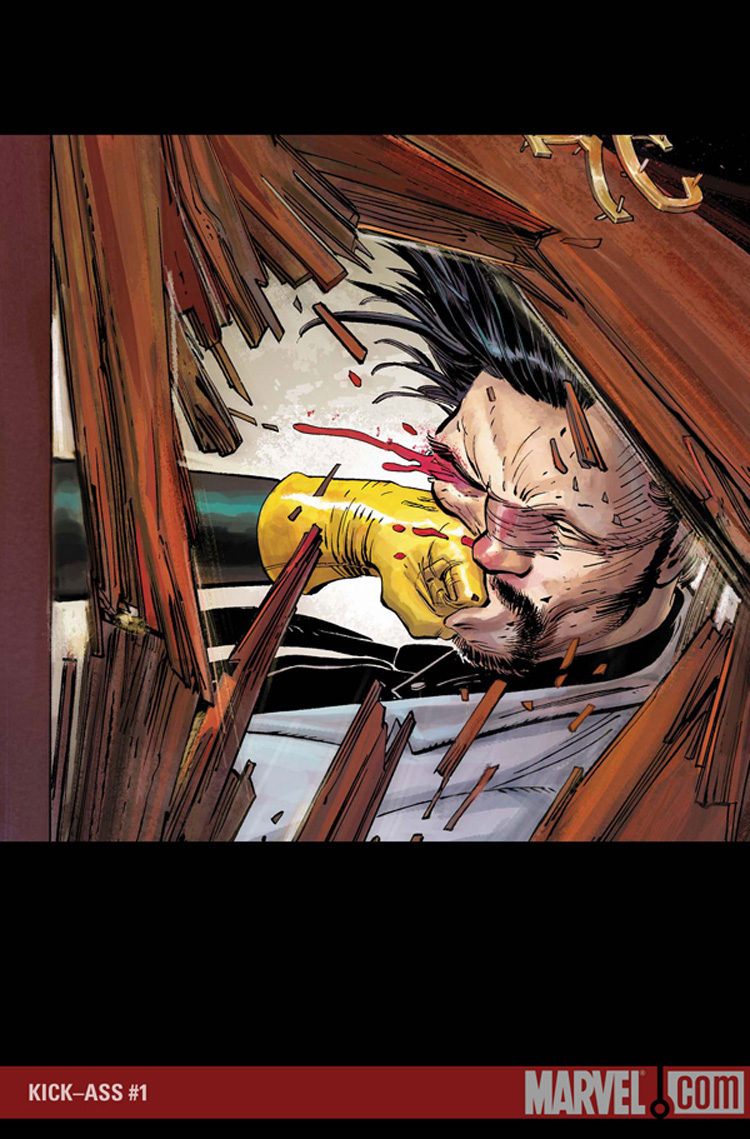 This comic will probably be a movie someday….

Marvel this week will be releasing its first highly anticipated book of the year. The promotion for the comic calls the comic book fan idiots if they don’t buy this book. Marvel has a lot of nerve saying this with a title of “Kick Ass”. This is one of the lamest comic book titles to come out in quite some time. (Yes we know Marvel was joking-calm down everyone, but we’re not!)

With a star studded team of Mark Millar and John Romita Jr., this promises to be a great read as well as great eye candy. Remember though, great teams don’t always add up to a great comic. Although the previews are proving that Kick Ass does not seem to be breaking new ground on storytelling, it does seem very interesting. Marvel is cranking up the old hype machine on full tilt.

So Is this comic a Frank Miller Dark Knight game changer? No way. Is this DC’s Watchmen? Nope. Is Hollywood going to put their bid on this series to make for a possible film? Now this is a possibility.

The Boys just got picked up by Hollywood last week. Yes Hollywood has pimped itself out and is grabbing anything that has readers buzzing. If enough buzz about this comic gets out with these top two creators attached to it, Hollywood is going to be a knockin’. The only investment side potential with this comic is the potential movie that might come of it. Otherwise, read it, enjoy it, put it  away……you never know.