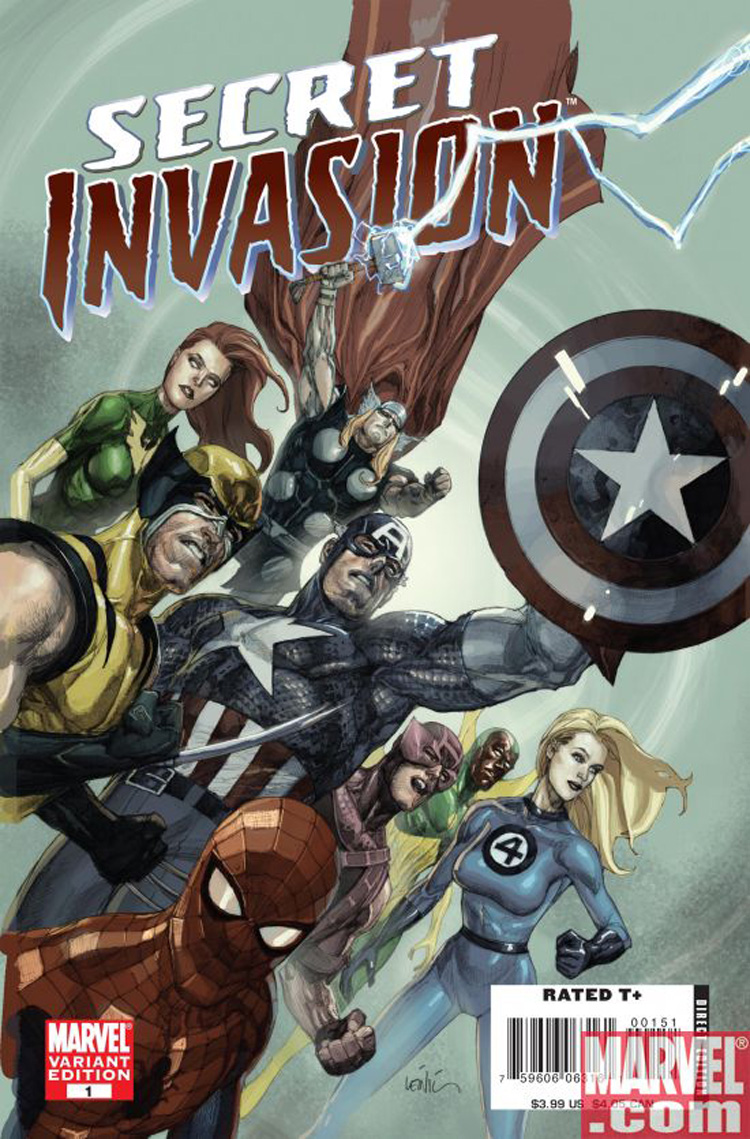 After a Hot Spec market for 5 weeks in a row, the last 2 weeks have been very slow and the next couple of weeks fair no better! This is why we’ve decided to jump ahead a little here to the April 2nd release date. Marvel is rolling out the first major event of the year and it promises to be HUGE! Secret Invasion is such a big deal that Marvel could not give any sort of previews of the inside of Issue #1 with the fear of revealing too much. That’s storytelling! That’s hype! That’s Marvel! That’s Joe Q!

This 8 part series promises to change the landscape of the Marvel Universe once again. The last time readers got a promise like this was for the Civil War storyline and that held it’s guarantee. Don’t expect anything less from this series. MAJOR revelations are about to occur and we all get to enjoy the drama unfold in front of our eyes. We get to watch our Ebay bids make for some drama as well.

Expect the investment value to follow the same patterns as Civil War did with this series. The regular covers will not garnish as much attention as the variants will. This Leinil Francis Yu variant to the left clocks in at a 50:1 ratio! With as much hype as this series is going to get, this variant is going to be VERY sort after. Anyone remember that Civil War # 3 variant with the beautiful Michael Turner cover? We’re not comparing this YU cover with the Turner cover in terms of monetarily speaking, what we are saying is that this series will produce some variants that will be paid a handsomely on the Ebay front. Invest wisely and you will be rewarded considerably.