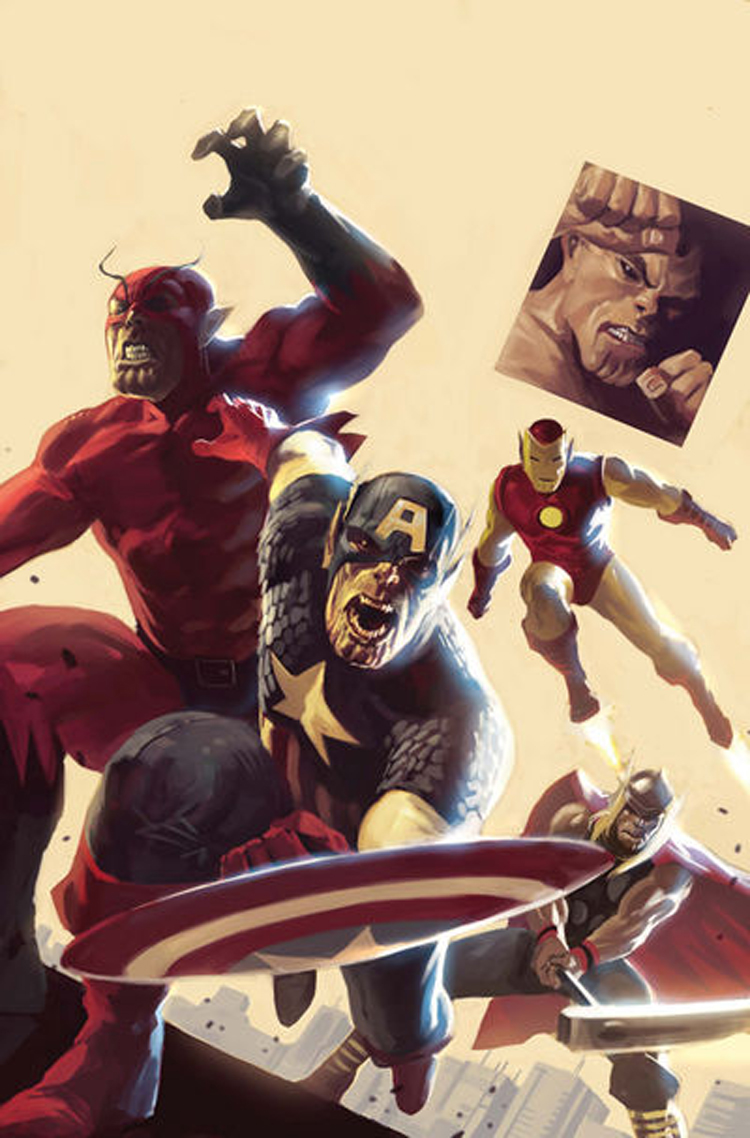 An Invasion tie in

The Secret Invasion has begun and it looks like everyone is on board for the ride. Sell outs on the recent tie ins as well as Secret Invasion # 1 are indicative indications that Secret Invasion is NOT going to be a SECRET at the cash register or your investments very much longer. InvestcomicsÂ© called a few LCS to see how the SI Yu variant fared. Most of them either did not receive the comic at all or sold it within a couple of hours. SI is going to get bigger in a couple of weeks. Be ready, get on board because Some guy named Nick Fury is coming back!
Ol’ Nick has been MIA for some time now. Mighty Avengers #12 has a few things going in it’s favor. Nick Fury will be clocking back to the secret war to put together some pieces that makes him public enemy numero uno. Another MAJOR reveal is coming from this book as well. So big Marvel says it will ROCK the entire MU. We’ll check back on that one! Then you have a real nice cover going here by rising star Marko Djurdjevic! Not getting the little box though, but okay who cares? This comic is going to ROCK!
Buy this comic and sit on it until Secret Invasion comes to a fever pitch. This fans is a MAJOR tie in that you can not afford to miss!!