Variant Covers take over this weeks Hot Picks! Plus the week in news from The Invest Network.

Back from the SuperCon show in Miami, wow what a great show! Everything happened at this show for InvestComics. Everything from the meeting up with some awesome creative talent, great Independent publishing companies to going to an after party and hanging out with the gargantuan Kevin Nash. You will see plenty of things coming down the pike from this show on InvestComics as the weeks and months go by, so stay tuned!

So because this weekend was such a crazy one, we’re going to have another quickie session with the Hot Picks this week. So follow along as we go into the rapid fire mode here…..

Variants pave the way this week….. 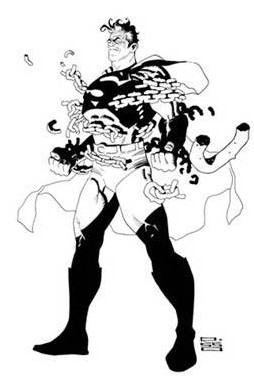 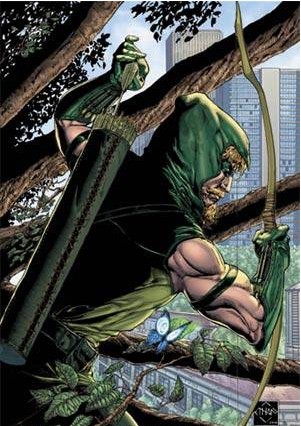 Green Arrow Vol 5 #1 hits the shelves this week. And yes, that is a “volume 5” as in 5 times this series has been attempted. The last successful run came at the hands of Kevin Smith. Look for this series to get off the ground running. The Green Lantern craze is absolutely going to carry over to the archer. The number one issue will be a quick sellout so don’t wait until Saturday to get this comic. It’ll be gone by then. Get the variant cover by Ethan Van Sciver if you want to maximize your investment dollar, but do not sit on this comic too long or you’ll be left with “just another variant.” Sell this comic (CGC it!) and sell at the peak of its hotness and you’ll be glad you did. DC has reached another milestone issue with Superman #700. This is an unbelievable feat! Way to go DC! DC promises that this issue will set the stage for an all new direction for the Man of Steel. Too many times we have all 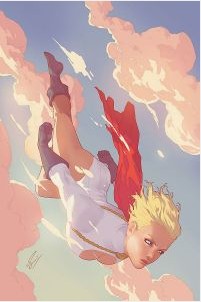 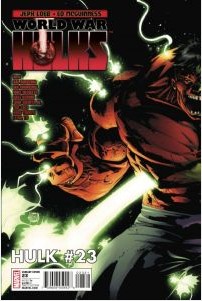 heard this right? But who cares this time? It’s the 700th issue and we are all game to celebrate the monumental occasion. So get your Eduardo Risso sketch variant, CGC it, and hold on to that book for the next 700 issues. Here too you will NOT be disappointed. Unlike the Arrow variant, dividends will pay off with this one. Detective Comics #866 see a standalone issue with the great legend Dennis O’ Neil at the helm. Once again, look at the variant for ONE simple reason…..Walt Simonson. Yes that’s a Walt variant….One legend on the inside of the book and one on the outside; it’s a thing of beauty. Powergirl #13 gets a new creative team. Judd Winnick takes the writing chores as Sami Basri takes over the penciling chores. This looks like a nice team up on paper. Let’s see if it works out.

Marvel will FINALLY reveal the origin of the Red Hulk!! Wait a second; does anyone care at this point anymore? Check out Hulk #23, and if it’s worth your time then put up the Adam Kubert variant. Do not by any means hold onto this comic for any duration of time if you plan on flipping it. The Red Hulk will not be around in 5 years and he will long have been forgotten by then, so get rid of this thing asap. A nice Marvel comic pick up this week might be Thunderbolts #145. You have to love when Marvel just spells it out for you that a NEW character will be making their first appearance in the book. Open this comic up and take a quick glance, then get yelled at by the comic store owner because they think you’re reading books and not buying them. After you get scolded, hopefully you already 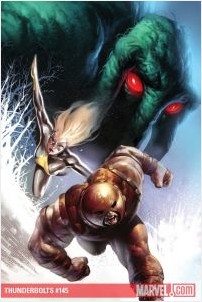 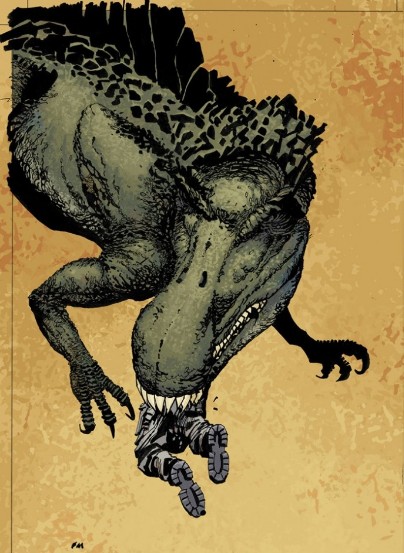 caught a glance of this “new character”. Make your judgment call and buy it or pass on it. Although Thunderbolts is a great comic anyway, so it’s a win win if you’re reading the title!

IDW publishing will be releasing Jurassic Park Redemption #1 with a variant by another legend. Frank Miller will provide a variant to a silly dinosaur comic. Not much to go on here except that it’ll probably be a low print run so that alone and ONLY alone would be a reason to snag this variant. Dinosaurs + comics = not so well in the aftermarket.

Archie #610 is called “The Blackest (and Bluest) Day!” The return of  R.I.V.E.R.D.A.L.E. and Tom DeFalco, PLUS the return of a character. This Archie comic is probably going to sell out, and rightfully so. This book sounds like fun! 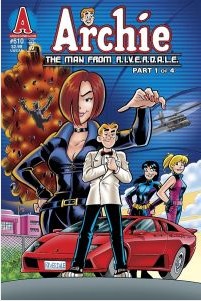 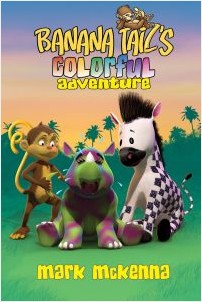 Mark McKenna is a great friend of ours here at InvestComics™ and we like to take a second here to let you all know that the hard cover edition of Banana Tails Colorful Adventure will be hitting stores. If you have any children, then this book needs to be in your home. Go to the Banana Tails web site now and check out everything Mark McKenna has going on. It’s a great web site and a great book. Go to http://bananatail.com now and check it out.