X-Men Noir number one sold out instantly last week with a second print right behind it. So what should Marvel do about the success? Well…. just go to your flagship character and put the word ‘Noir’ in it!….

Marvel goes with Spider-Man Noir number one this week and fans will eat this up like they did with the X-Men. The regular cover to this week Spider-Man Noir is by artist Patrick Zircher and it totally rocks. Marvel has their new niche and the name is Noir. Come inside this weeks Hot Picks and browse around…… 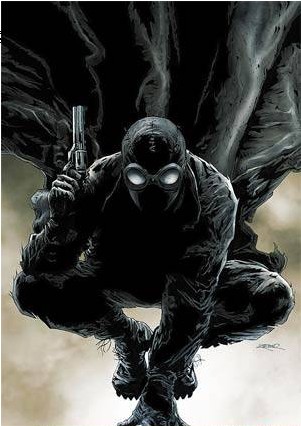 Greatest American Hero #1 Way back in the 80’s The Greatest American Hero was a television show that saw the shelf rather quickly. On the contrary, this comic will not stay on the shelf. If you were around to remember that show, I apologize to you. If you weren’t, well now you get to enjoy a very silly superhero show in comic book format. Silly things usually become hits, so this comic will probably hit the ground running. If this comic is as catchy as the theme song, that’ll be a great thing. Greatest American Hero did in fact have some sort of cult following and those particular fans are going to make you buy this book. They really are, for real, you’ll see!

Moon Knight #25 Bullseye VS Moon Knight and only one will survive! Marvel is getting a bit silly with the death and dramatics. This comic is probably a big pass, but you never know. Flip through it at your lcs and see what is going on in these pages. Probably a big fat nothing here……

Mighty Avengers #20 Witness the darkest day in the Avengers according to Marvel. They also say that there a SHOCKING ending that no one will see coming. What haven’t we all seen that could be so shocking now? Guess we’ll have to wait until Wednesday to find out!

Thunderbolts #127 Norman Osborn is assembling the new Thunderbolts team. Jump on board as writer Andy Diggle is really starting to turn things around here.

Thor God Sized #1 Marvel really is making up for some lost time when Thor wasn’t around for a year. Every week it seems as though another Thor comic is hitting the stands. Thor is awesome though, not complaining, just observing! This comic not double sized, it’s not king sized, not even triple sized……Marvel is calling it God sized. Hopefully we get a bible sized comic when we go in on Wednesday on the OLD comic book print paper! Lets all pray together now…….