The Making of the UNREST Movie Poster

This column will be light on copy and heavy on images. The purpose? To show you the evolution of a movie poster for a micro-budget film  − namely, the concept poster for my “currently-seeking-funding” film called UNREST.

Several months ago I wrote a column about the first steps involved in undertaking a micro-budget film which included:

I also hired a Line Producer to do a budget (which turned out much higher than I expected), which forced me to re-write my script yet again. I’ve submitted my script to additional actors and directors for consideration and a few screenwriting contests (whose valid commentary will force my hand to do another polish to tighten the script and some loose story lines).

All the while, it is important to look for investors and others who can make your project happen.

It takes a while to get the money (sometimes years − yes … “Y-E-A-R-S”!). But while waiting, it is important to keep the momentum going − establishing more contacts, learning more about indie filmmaking and distribution, and exploring ways to pre-market your film to build “buzz” and a fan base.

Which made me pose this question on a LinkedIn Film Group message board:

“What comes first − the poster, the teaser trailer or the website?”

The thread had nearly 100 comments but most weighed in on the side of creating the “one sheet” or concept poster that presented the big ticket concept of your film visually.

The best comment I received was this one from a writer: “A director I once worked with told me: Show me the poster and I’ll show you the movie.”

My poster was a bit tricky as it entailed two concepts: a brutal home invasion and a ghost story that were linked together.

Although I had Letters of Interest from great talent and interest from the builder of  a very filmic location to shoot (a desert boulder house), I couldn’t put these elements in the poster. Instead, I had to get creative and show a creepy concept like some of my favorite horror films from the 1970s/1980s: 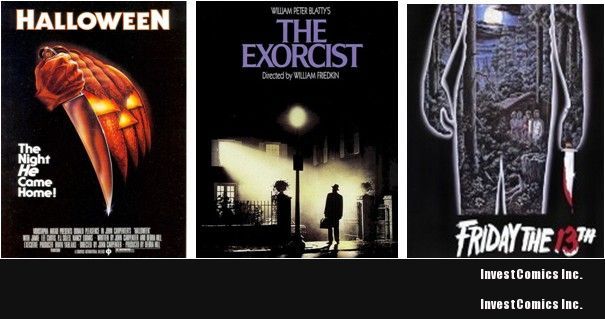 After posting an ad on a few boards (such as www.nefilm.com), I got 30-ish replies and made my choice. I had the artist sign a deal memo and paid a fair price for the artwork (at least for a micro-budget film).

I provided several samples of movie posters that I liked and gave the artist my film’s synopsis and this tagline to work with:

Unrest
Murder comes back to haunt you

Here is the how the concepts evolved: 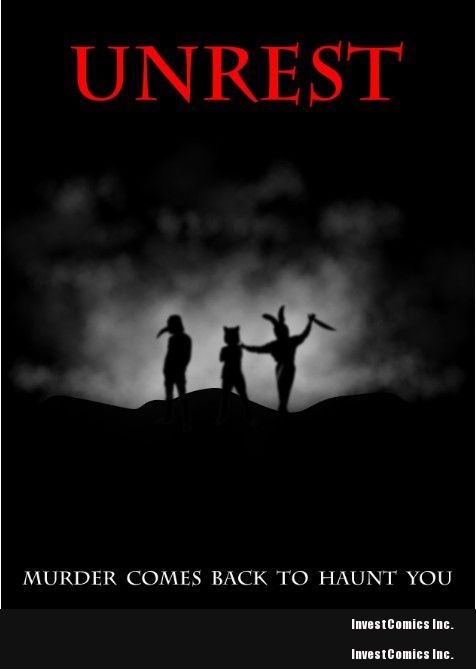 My feedback was that it looks good, but didn’t tie in the ghostly back story enough. I wanted the fog behind to be more “ghostly” and I wanted the figures – especially the center character – to be more intimidating.

The artist came back with this concept which was closer − he pretty much nailed the silhouette figures in the front (representing the masked home intruders) but the apparition in the back looked like a “singing ghost”. 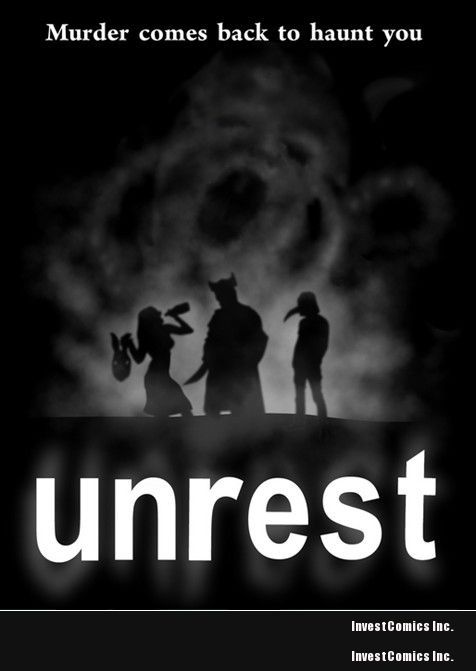 He also sent a few variations that explored different ghost and main title font nuances, but were also a bit off the mark: 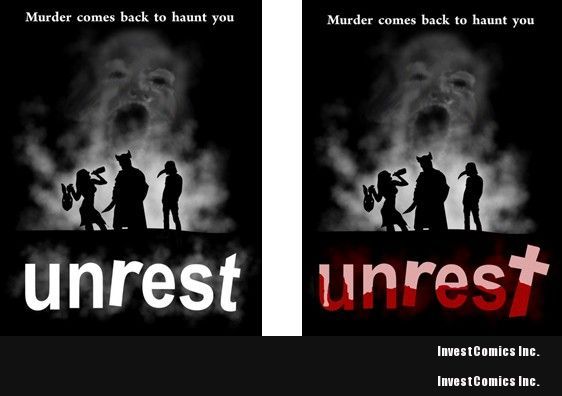 The artist (who was a huge horror fan) and I talked about some other posters invoking ghostly heads and we both remembered this great film: 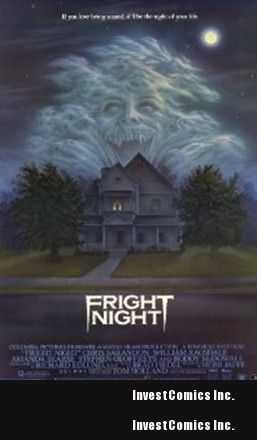 With the right inspiration, it was back to the drawing board …

Eureka! The artist went with three shrieking ghost heads (there were three unjustified deaths at the outset of the film) and added some red to add dimension to the black and white artwork. The result was a very powerful image that made the poster multi-dimensional and attention getting. 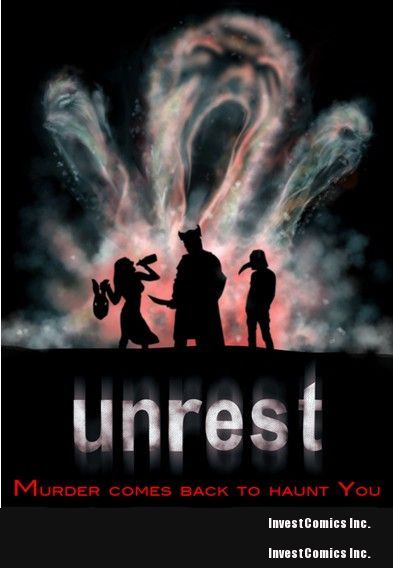 I was happy. Almost. I still wanted a little more “depth” added around the front silhouettes so the artist tinkered a bit and came back with this: 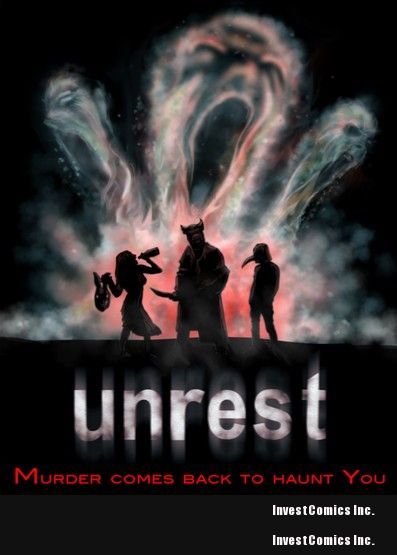 Note the subtle shading and accents made to the three home invaders and the swirls of ghostly matter surrounding them rather than being in the background. To me, this implied that the ghosts were somehow connected to the intruders (which they were via a twist at the end).

I was finally happy! I shared the artwork with a few industry professionals and all gave it high marks. One comment from an assistant director and huge horror fan made me laugh out loud: “Dude, this poster is giving me a boner!”

As for the artist, his name is Chris Waters and you can find more of his work at his website here. He did a great job and was easy to work with, taking direction well and putting any extra time that was required. He just may be the next great horror artist who does a Rob Zombie CD cover or block buster film poster.

Thanks for checking out the making of the movie poster for UNREST. I hope you enjoyed this column and invite you to take the time to leave a comment about the concept art as I’d be interested in people’s reaction.

Would you want to see this film? I hope the answer is “Yes.”

I will continue to provide updates on the long, torturous yet exciting process to get a film made. I will also have a website in the weeks ahead. If you want to know more about the project, you can reach me at bobheske@gmail.com.