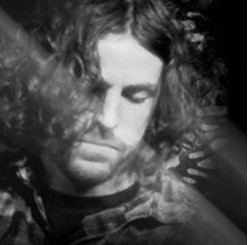 But Yours Cruelly is back again.

And with a little background music to keep you entertained.

This week I stray away from film and comics and interview uber-music talent Ben Semmens.

Who is Ben Semmens you say?

Well, I could use words to describe him but that would be plain wrong. The best way to introduce Ben is by way of his music. Take a listen to his cover of Joe Cocker’s YOU ARE SO BEAUTIFUL …

Ben Semmens – “You Are So Beautiful”

For the rest of Ben’s story, read on …

1) Ben, they say the beauty comes from dark places. Have hard times helped drive the person you are and the music you make today?

(BEN:)  Everyone has hard times, and I guess it’s all about the person dealing with them. I have been known to be in a dark place quite a bit. When I hit bottom, I have to climb back up. And music has been my crutch to do this, so yes, definitely. Without music I would not be here right now.

2) What were you like as a teenager and when did you discover you had musical talent?

(BEN:)  I was a pain as a teenager, but not nasty. I just got bored easily, so I was always playing up. I was a handful, put it that way. My love of music was found via a friend who gave me his guitar, and told me to crack on, so I did (LOL). 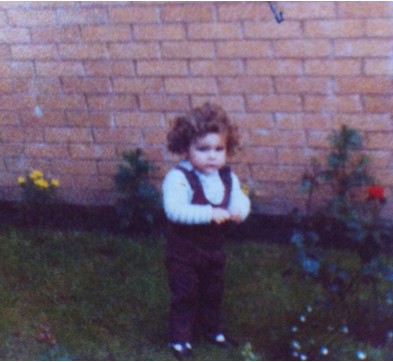 Ben Semmens in his younger days.

3) What was the first song you ever wrote and played in public?

4) Your first album, “Western Lights”, brought you some notoriety because you were able to build a fan base without a big marketing push. How did you initially get your name out there?

(BEN:)  We did a load of gigs around the UK, and it was really tough on the band. We slogged it out playing everywhere.

The biggest help came with social media, the creation of Myspace was a godsend.  With social media I was able to reach people worldwide. It allowed for the first album I ever released called “Western Lights” to be downloaded by over 70,000 people, which was pretty cool as it was done in a bedroom with a laptop.

Social media has allowed me to grow really strong bonds with my fans, and some of my fans are now really great friends. Without social media that would have taken years to happen. The rest was word of mouth, the best marketing you can get, and the cheapest! 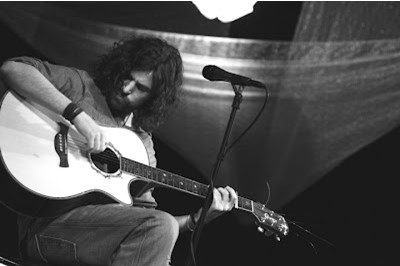 5) Incidentally, is Ben Semmens your real name? And if not, what was the genesis of it?

(BEN:)  My real name is Craig Semmens. I created Ben Semmens when I needed to get myself out of the slump I was in. I was in a really dark place. I needed something else to push and drive me. I created an alter ego. Kinda like Batman. LOL

6) Your most recent album (“Outside the Box”)was funded by your fans who brought you to the United States. Tell us about the experience and who was your music producer?

(BEN:)  Pledge Music is awesome, and I have the fans to thank for an amazing experience. My producer was Ben Thomas who is an awesome guy who just oozes magic ( he will like that comment!). He has been really successful 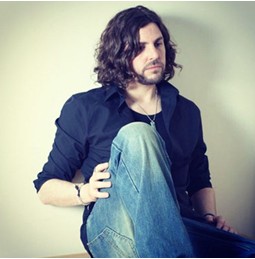 with Newton Faulkner, James Taylor, Carly Simon, and Ben Taylor. We worked really well together, and he is able to bring to life the musical thoughts in my head, and translate them into what you hear now.

Seriously though, Pledge Music was the greatest experience of my life. I have gained many close friends and an entire family through doing it.

I was concerned about taking the crowd source funding route at first, but as soon as I started I knew it was the right decision. It is an amazing feeling when all your fans pull together to make your dream happen. It was great to go online every day and see them all pulling together to reach the 100% target. The whole process brought me closer to my fans, and allowed me to create music in an environment that I chose, at a time scale I decided. The power of music lovers has made it so that I control my music, which is huge in today’s music industry. It is harder to do music this way, but at least I know that all the decisions are mine, and the music stays true which, let’s face it … is what it’s about.

7) What is your signature song — the one which you think best captures your music, spirit and style?

(BEN:)  I think “Constant Dream” captures what I am all about. I am dark but I have hope, and I think that people can relate to it. I am nothing flashy. I am not anything I am not, just trying to live the dream.  “Constant Dream” also came to me in a dream, and therefore has that little extra “sub-conscious” meaning to me.

8) When you first came up, you were part of a group called BenSem. Whatever happened to the group? Do you see yourselves getting together again when you are fifty, fat and hair-free?

(BEN:)  BenSem had many different members, but I guess it just faded out. The music industry is tough, and we got bashed about a bit. I am not sure if we were ever all on the same page. To be honest, I miss the guys but I can’t ever see us getting back together again. I would like to remember it for what it was. 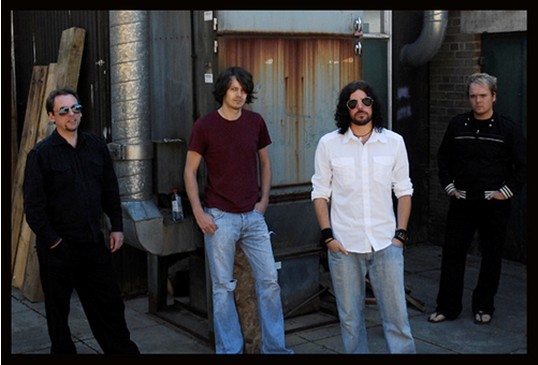 9) What is the lesson of Ben Semmens that young rogue musicians can learn from? What brought you to the path you are on today?

(BEN:)  All I can say is get ready for knocks and more knocks. If you do music the way I do, you can never stop, you have to keep going, because as soon as you have it, it can be gone as quick. You will make mistakes and you will have to rise above everything, and when you think you can’t take anymore, something else will come and knock you down even further. If you are meant to do this, and this is what you want to do, then no matter what you will rise above it, because you love it!

You need to know yourself and not let anyone make you feel like you aren’t good enough to do it. If you know yourself, have the talent and some great songs, then keep going. You will get there… No one said it would be easy.  And “Think before you speak” is also a good lesson… When you are doing radio shows etc, your words last forever.

Lastly, never underestimate yourself, or those around you.

10) When are you coming back to the States?

(BEN:)  I just returned from my second visit. I spent some time writing, recording some videos, and having a little chill out to recharge the batteries before the album release.

11) OK, since this is technically a comic book site, if you could have any superhero power, what would it be? Did you read any comic books growing up?

(BEN:)  Love comics! I read loads growing up, and I was addicted to Spawn. I think the Joker and I could be best friends, if he’d stop the killing obviously (LOL).  If I could have any superhero power it would be the powers of Dr. Manhattan from the “Watchmen”. Who wouldn’t want to walk on the surface of the sun, and chill out on Mars for a jam session? 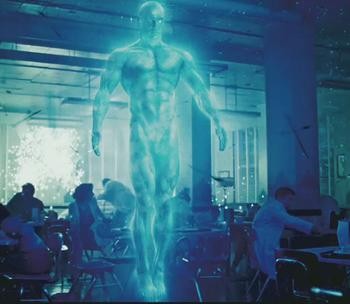 12) What are your favorite tracks on your current album? Did you write all the songs?

(BEN:)  I wrote all the songs, bar one. This album is an interesting one for me and where I am in my music career. I see the songs that I write as a reflection of me and where I am in that moment in time. The last two years were pretty dark for me and I think that came out in my writing, in the lyrics. The producer tried to balance the dark with light. He had his work cut out for him! “The Chosen Ones” is one of my favorites because it is about me saying goodbye to what I know and starting new. I also enjoyed writing “Innocent”, as I wrote that on the island. It is a pretty inspiring place to be…

13) Big finale – plug the hell out of Ben Semmens. Where can we buy your albums? Where can we follow you online? What is new on the horizon?

You can come and visit me on www.bensemmens.com

You can also download “Constant Dream” from the Western Lights EP at www.noisetrade.com/bensemmens

All music is available via iTunes, Amazon and more…

Thanks Ben. It’ll be our pleasure to listen in. Cheers!

An award-winning indie comic creator and screenwriter, Bob Heske wrote THE NIGHT PROJECTIONIST. This graphic novel will be in stores on July 5th at a price point of only $12.99. Order your copy at your local comic shop today – tell them the Diamond code is MAR121187! It can also be ordered on Kindle and on Amazon.