Topher Seal is back with his Summer Special article! Things are heating up outside and so are these gems!

As summer sizzles up there’s sure to be plenty of flea markets, auctions and cons to attend. That means back issue blowouts set up by desperate dealers and rank, aging fanboys will hopefully yield treasures or at least help you scratch some books off your want list.  Here’s a few you sould look for in the first discount longbox you see!

The Rafael Grampa cover (more on him next time!) alone makes this one worth the price but a rare contribution from the creator of The Perry Bible Fellowship is the best reason to buy this creative Marvel offering.

Some comics you just have to buy because they define a particular era. The new Venom series has a great writer

As the Uncanny X-force has become the premiere X book for Marvel there is one member who has recently generated heat similar to Deadpool. Fantomex’s first appearance is hot and Ebay sales of CGC 9.8 grade copies are seeing insane gains.  There’s hope though.  I picked up 2 in NM at a localBostonshop this past weekend.  This is an opportunity to get in early on an obscure character who is fast becoming a popular creation.

Looking for the first appearance of the new Uncanny X-Force?  This is it people.  While others track down all the variants for issue 1of the regular series it is in the issue where Wolverine defies Cyclops and forms the team!

This one is a few years old but it features one of the most important storylines ever printed and down the road will be a very valuable book due to content and rarity.

DC’s new 52 issue brings back Mitch Shelly as the tormented Resurrection Man, written by Dan Abnett. Normally I don’t recommend collecting first issues with larger print runs unless you really know what you are doing but this issue is cool because it’s the Resurrection Man’s first appearance!

The 2nd Printing is harder to find than the first.  Look for the Roman numeral 2 which denoted the later printing.

There are a lot of wonderful things going on in Dark Horse’s new series.  From Harlen Ellison to Richard Corben it appears as if this new series is picking up right where it left off (see issue 157 with the Goon!)  But the real gem here is a sneak peak at Frank Miller’s Xerxes!  If the series is half as good as 300 look for this book to soar in value.  Plus there’s a wicked cover by an indie favorite.

Appearances of alternate versions or future versions of our favorite heroes often lead to an increase in value.  Part 2 of this intriguing tale concerns Epoch , the Lord of Time and features rare appearances by Damian Wayne as Batman as well as the Batman from the 46th century, Superman 2 and the futuristic duo who deal with what’s called The Greater Darkness?!  Though they all only appear in a single splash page who knows when they all might show up again.  Take a chance on this one as it could become as hard to find as the Superman Batman Annual 4 (also featuring an incredible Batman Beyond story!)

It’s the same old story here…low print run and great writing is the recipe for back issue value.

Oh and check out Resurrection Man One Million for the greatest Mitch Shelly tale ever written!

Come on you know that zombies are still hot and even when they cool off it won’t be long before the cycle repeats itself.  With an awesome story, 2 covers and a low print run I suggest buying this book while there’s still a chance you can find it.

BLUE CHIP BOOK OF THE MONTH

Whatever Loki’s plans are for the cosmic cube in the upcoming Avengers film you can be sure that this book will see a healthy increase in value! 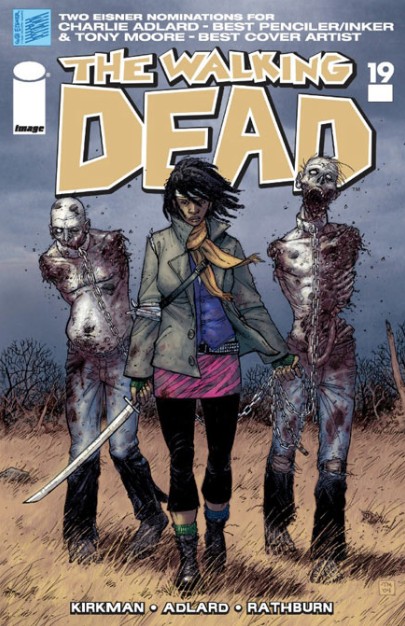