Click on the RED links or comic cover to buy/bid on Ebay from all available sellers. A new window will open, you will not lose your place.

Yes as promised, the new Batman movie is coming out on July 20th and InvestComics has your Batman checklist. As accompanied the Spider-Man checklist, a small video was teased yesterday regarding all of the picks that you will be reading about. Not all of the comics made it into the video this time around, but a nice montage nonetheless. Take a look at some of the great artist that have graced us with THEIR image of Batman…..some fantastic comparisons of the different vision of these great creators over the years. Some have been left out, but not on any merit of simply missing them! If you have a favorite that was omitted, please let us know in the comments below!

Although Batman has a 25 year head start on Spider-Man, Do you think Bats rouge gallery pales in comparison to Spidey’s? Let the debate begin! That said, take a look at the InvestComics Spider-Man checklist Part 1 (HERE) and Part 2 (HERE) and notice that Spider-Man’s first 50 books have some significant first appearances. Of course there are lulls within the series, but it seems to happen more often for the Batman series than it does for Spidey. This is absolutely no knock on Batman here, just something that was more noticeable during the research through the Batman books.

So because Batman does have a jump on Spider-Man by 25 years, the InvestComics Dark Knight Checklist will run in 3 parts. First part here will be the self titled Batman comic, second part will be the Detective Comics and the third will be some cool extra appearances and other Batman comics. So without any further ado…..

Click on the RED links or comic cover to buy/bid on Ebay from all available sellers.

Batman #1 – At approximately $400,000 for this Batman comic, besides Detective Comics #27, obviously, this is the Mecca of all Bat books. This comic boasts the first appearance of one of the most if not THE most recognizable villains of all time the Joker.

Batman #16 – Every rich bachelor needs a butler right? Another 10 grand gets you the most famous butler in comics history. Alfred.

Batman #20 – The start of the car magazines right here. The first time the Batmobile makes the cover on a Batman book.

Batman #25 – Evil meets evil and a beautiful relationship forms. The first team up of Joker and Penguin right here.

Batman #59 – The first appearance of Deadshot. Whenever Warner Brothers decides to get into the comic book movie business full tilt, Deadshot will probably have a place in a movie. You heard it here first.

Batman #98 – With every car there are secrets….right? Not sure what this even means, but this comic reveals “secrets” of the Batmobile. Gadgets and cool stuff are revealed here.

Batman #105 – The second appearance of Batwoman.

Batman #111 – Over the years Batman has donned some Bat-armor. Some cool, some not so cool. Batman wears armor for the first time in this issue. This falls into the “not so good” category. 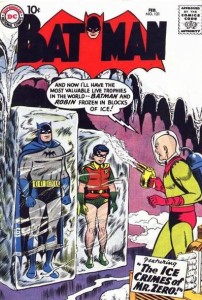 Batman #139 – The first appearance of the original Batgirl.

Batman #181 – The first appearance of the lovely Poison Ivy.

Batman #232 – A first appearance of significance in sometime within the Batman run. Ra’s Al Ghul makes his debut.

Batman #237 – The first appearance of the Reaper. 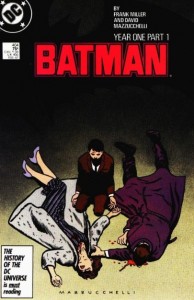 Batman #400 – A huge anniversary issue. A who’s who in this issue as far as creators go. A very special issue to own.

Batman #404, 405, 406, 407 – As Todd McFarlane was a game changer to the Spider-Man franchise (artistry), Frank Miller was to the Batman franchise. Not so much for these particular comics though, but one of the most important 4 part storylines in the Batman run done by Miller here. “Year One” began the inspiration for some many others creators to start their own “Year One” story lines. That all said, the Batman comics and persona in general took a turn onto a path that has never looked back beginning here.  …..more on Frank Miller in part 3 of the InvestComics Dark Knight Checklist.

Batman #417 – Jim Starlin then goes on to write a fabulous storyline called “Ten Nights of The Beast”.

Batman #426, 427, 428, 429 – Then Jim Starlin comes back to put the comic book world on its head in 1988 with the storyline called “Death in the Family”. Fans got to vote to either off Jason Todd or not. The Joker won. Jim Starlin talks about the death of Jason Todd in an Interview on InvestComics TV right HERE. He also talks about Thanos HERE in part 1 of the 3 part interview. Cool stuff.

Batman #436 – It didn’t take too long for DC to get into Robin mode again. The introduction of Tim Drake right here.

Batman #457 – DC wants Tim to get his own identity with the whole Robin thing, so it’s new costume time!

Batman #475 – The first appearance of Renee Montoya, a.k.a. Question II. 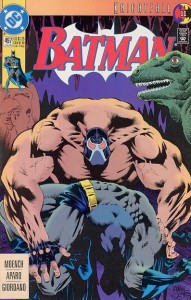 Batman #497 – Well it finally happens in this issue. What so many have tried to do before. Break Batman’s will and break his back….literally. Bane accomplishes this wonderful task that so many before have failed at. A very important comic in the Batman series here as it’s the catalyst to the Dark Knight Rises movie coming out on the 20th. Why is this comic so affordable at only $5? Well at one time, this comic was as hot as a commodity can get. It’s obviously cooled down significantly due to the fact that the comic is a very accessible one to get. Vengeance of Bane one shot would be the way to go. More on that in Part 3 of InvestComics Dark Knight Checklist.

Batman #608 – Jumping some 100 plus issue later we come up to the next man responsible for bringing Batman to the “next level” if you will. Artistically speaking that is, thank you Mr. Jim Lee. 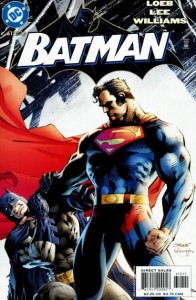 Batman #612 – Jim Lee is also responsible for one of the most prolific Batman covers of all time, at least in the modern era. Superman choking Batman…..classic.

That’s it for now! See you tomorrow with Part 2 of InvestComics Dark Knight Checkist!