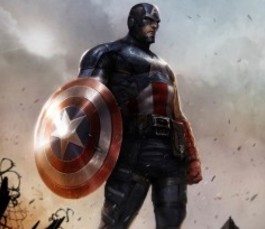 IC 100 Club Pick: Thor #149 8.5 (1968). This comic features the first origin of the Inhumans. A nice 8.5 grade can get bumped to a possible 9.0 if pressed. An amazing comic for only $80 with FREE shipping. With the Inhumans movie drawing closer in a couple of years, this comic will be an untouchable. Triple its value easily. Get this comic before someone else does.

The super cool Avenger Five will make an appearance in New Avengers #10. Avenger Five first appeared in the previous issue New Avengers #9. That issue also had the first appearances of American Kaiju and Doctor Varghese.
We’re not a 100% on this, but we’re not finding a true first appearance on the Viking Hulk character. So we’ll say that the Mighty Thor #6 will feature the first appearance of Viking Hulk. No? Maybe? If you’re not a fanboy, please help out our fellow InvestComics fans if you know of a Viking Hulk character NAMED in another comic other than the Mighty Thor #6 coming out this week. If he’s wearing a silly viking helmet in some comic and is still called Hulk, that doesn’t count.
Regular follower’s of InvestComics know how we feel about this title. We like the concept and the feel of it. Marvel must maintain the course here. Check out Deadpool And The Mercs For Money #3 with a slew of villains appearing in it.
Speaking of Deadpool, there’s a great cover swipe regarding the secret cover to Deadpool #10. The cover swipe is from Jim Steranko’s classic Nick Fury Agent of S.h.i.e.l.d. #1 (1968).
Cap and Black Widow team up to train a new team of Avengers. This happens in Captain America Road To War #1. The Francesco Mattina variant cover is nice.
Disney Kingdoms Haunted Mansion #1 saw some sellouts when it came out. This week, the follow up, Disney Kingdoms Haunted Mansion #2.

Nothing but a good story happening in the Superman American Alien comics. And we also admire the Ryan Sook cover; Superman American Alien #6.
Joseph Michael Linser’s variant; Harley’s Little Black Book #3 is sold out.
Aquaman will turn to the Scavenger for some answers this week in Aquaman #51. Have you seen the InvestComics Aquaman checklist yet? It came out back in August of 2015. If not go now for some key issues right HERE. In there you’ll find Aquaman #37 (1968), the first appearance of Scavenger. Get your Aquaman comics now before the aftermarket really escapes you.
Super League part 3 in Action Comics #51. Check out our previous Hot Picks (2 straight weeks) on why we are on the trail of this event going through the Superman books.

From a New York newspaper interview, Valiant Entertainment says it will have the first appearance of Vladimir Putin in Divinity II #1. We assume “as a villain” here right? Because Putin has appeared in other comics before. All Marvel Comics appearances at that. Either way, Divinity was a hit book for Valiant the first time around, it’ll be a hit book again. Last count, 7 variant covers. Trevor Hairsine sketch cover is sold out.

Black Mask Comics brings us 4 Kids Walk Into A Bank #1. Mostly every number one Black Mask Comic sells out. No difference here probably. Some of the variants are commanding bigger monies in the aftermarket already.
The new Dark Horse comic, Dept H #1 will be written and drawn by Matt Kindt. The cover from Jeff Lemire almost depicts an X-Man on the cover doesn’t it?
An Image Comic to have fun read with this week; Chew Demon Chicken Poyo #1 from writer John Layman and artist Rob Guillory.