InvestComics Hot Picks provides readers and speculators the low down on the new releases coming out on Wednesday each week.
Hot Picks have been weekly since 2005.
This week, new comic book release day 10/4/17.
[paypal_donation_button]

NOTE: This site is BEST VIEWED on Google Chrome.
New to InvestComics? Please read the Disclaimer here before proceeding…

Marvel’s Punisher The Platoon #1 is a direct take from the 1991 hit storyline ‘Punisher Invades Nam’. The two-part story was a speculative dream that began in Punisher #52. It was a hot book for a little bit, but then fizzled out. Doesn’t everything? The 1991 comic was written by Mike Harris and drawn by Roger Salick. The inker, maybe you heard of him, Jimmy Palmiotti? Yes, that DC Harley Quinn guy. And so much more! The current Punisher Platoon story will be from Garth Ennis and Goran Parlov.
Click on the RED links, Images or the comic cover to buy/bid from All available sellers on Ebay.
Will there be a bigger book than Star Wars Darth Vader #6 this week? (update 10-1-17: this comic could be delayed this week) Probably not, if this happens to be the first appearance of a new Inquisitorius. Creators; Charles Soule and Giuseppe Camuncoli.
Iron Fist #73, ‘Reintroduces the savagery of Sabre-Tooth’. Marvel Legacy hype, love it!

When the big two push the reset button, lots of cool things tend to happen. Regardless of certain protesting silly fanboys, there are always great things to look forward to. One of those things from Marvel’s Legacy launch is Mike McKone’s cool headshot covers. Take a look at a couple of them displayed in this article.
Click on the RED links, Images or the comic cover to buy/bid from All available sellers on Ebay.
The new Venom #155, John Tyler Christopher trading card cover is superb. It’ll definitely make it to our Best Comic Book Covers Of The Week. Don’t expect this eye candy to stay on the shelf too long though.
Venomverse #5, Declan Shalvey variant cover, that red symbol in front of the Punisher……..Batman, no? It sure looks like it. At quick glance, it fools you for a second.

A week full of Batman comics is a good week.
The Joker as ‘White Knight’ in Batman: White Knight #1. Written and drawn by Sean Murphy.
Click on the RED links, Images or the comic cover to buy/bid from All available sellers on Ebay.
Soap opera hits Batman and comic fans. The ‘answer’ everyone has been waiting for will arrive this week in Batman #32. Will Catwoman accept the marriage proposal (Batman #24) from Batman? If she says yes (which does not seem too likely), this comic will be very sort after in a hurry. If she says she’ll pass, this comic will not be very sort after. See, simple math is fun. All-Star Batman #14 will be Scott Snyder’s final issue.
A fantastic crossover arrives this week. Harley and Ivy Meet Betty and Veronica #1. Archie is the envy of every fanboy, now add two more to the list as Harley and Ivy vie for Archie’s attention/affection. That’s four hotties’ after one dude. Superstar creators all over this one too. Paul Dini, Marc Andreyko, Laura Braga and Amanda Conner. 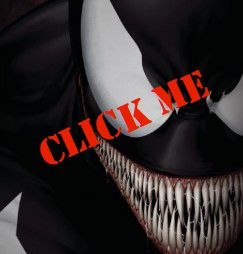