DC has announced that modern day comics legend Jim Lee will be stepping down as artist on JUSTICE LEAGUE, the book he and Geoff Johns revamped to kick-off DC’s NEW 52. Taking over for him are fan (and my) favorites, Ivan Reis and Joe Prado, who will begin with December’s issue #15. DC released a cover which suggests that the creative team isn’t the only thing to get a line-up change. Absent are team-founders Flash and Green Lantern, and joining is the hero formerly known as Captain Marvel, SHAZAM. Shazam has been the title’s back-up story, though Johns has always said that he would eventually join the team in the main feature. Hal Jordan (Green Lantern) quit the team in issue #12, and is currently trapped within the Black Lantern, along with Sinestro. The particulars for Flash’s absence are anyone’s guess.

In regards to Jim Lee, DC had this to say:

And for you Jim Lee fans out there, don’t worry. We’ve got some major news coming soon. While that’s all we can tease for now, New York Comic Con is only one month away … 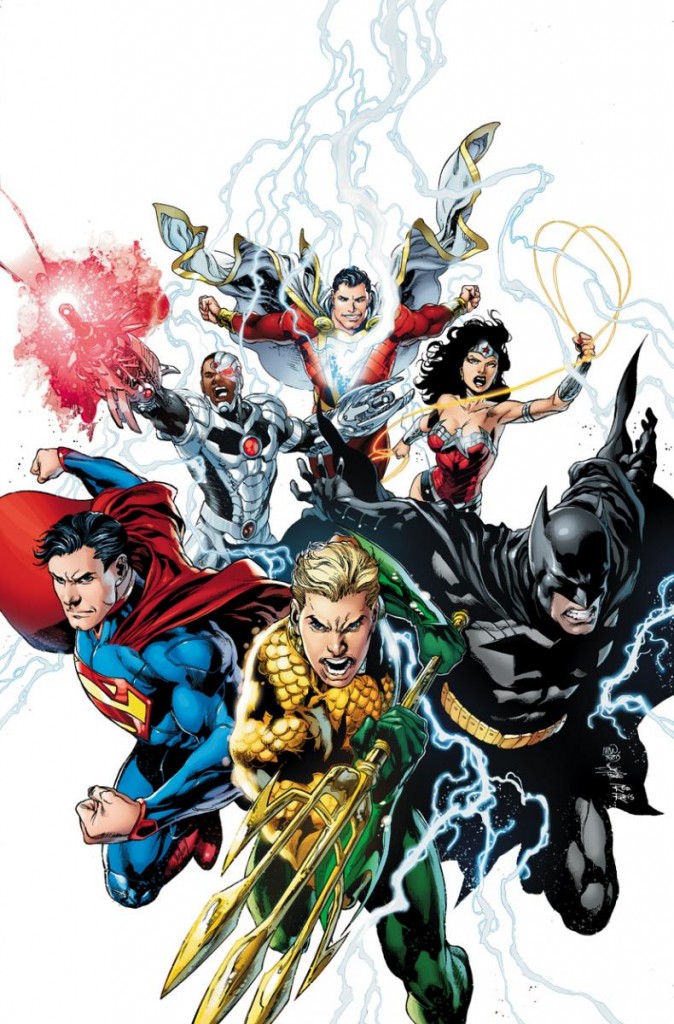