Comic book web site owner Jay Katz of InvestComics™ will be writing a One Shot comic under the Vincent Price Presents Comic book Title for Bluewater Productions to be released in the summer of 2011. Stefano Cardoselli will pencil the one shot horror story “Good Boy”. There will be more information forthcoming, such as release date, as well as more details about the creative team. 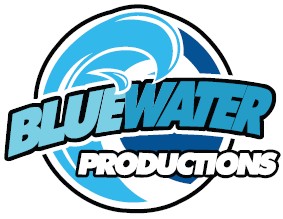 InvestComics TV™ (www.investcomicstv.com) was a recent launch that covers the talents of the entire comic book industry Worldwide. The innovative InvestComics TV™ interviews have become a huge success.

Stefano Cardoselli –  Started out his career with a one-shot for the Antarctic press; Winds of Winter The story featured an intro by Brian Holguin and a wonderful cover by Bryan Talbot. Then in 2001, Stefano worked on his creator owned, “Azurek” Stories for Heavy Metal Magazine. Since then, he’s worked on various stories for Heavy Metal. In 2001 we also were introduced to Azurek Studios (www.azurekstudios.com), in which he founded the company with his wife Rita Gorgoni.

Other works include, a series for DarkSlinger comics (http://www.darkslinger.com), Chonicles of Van Helsing issue 2,3, and 4 by Adam Watson and covers by Tony Morgan. Mini-series and one-shots “Who Will Save the World?”, “100 points of Hate”, “Black Lizard”(stories by Rita Gorgoni )

Bushido Wasabi written by Alex Rodrik and created by Rita Gorgoni and Stefano Cardoselli also coming out from Com.X – Summer 2011

About Bluewater Productions:  Bluewater Productions brings a diverse library of titles and talent to the table. With stories that range from classic myths, science fiction and superheroes to Hollywood legends such as William Shatner, Roger Corman, Ray Harryhausen, William F. Nolan and Vincent Price, Bluewater is a fresh voice in comic publishing. Now breaking into biography comics with “FAME,” “Female Force,” and “Political Power” titles, Bluewater continually draws considerable media attention, including features on CNN, MSNBC, Fox News, The View, and “Live with Regis and Kelly.” They have also been featured in periodicals including People Magazine, Los Angeles Times, Chicago Tribune, USA Today and thousands of blogs and other media outlets.