The end is coming!  Are you gonna be there for it?

Come inside and witness the awe inspiring covers for the Secret Invasion final issue AND for the SI: Frontline final issue!

The acclaimed comic book event of the year, that has generated buzz from Entertainment Weekly to the Wall Street Journal, concludes this Thursday in the extra sized Secret Invasion #8 (of 8)!  Join super-star writer Brian Michael Bendis and red-hot artist Lenil Francis Yu, along with special guest cover artist Gabriele Dell’Otto, as they proudly present the highly anticipated extra-sized finale to Secret Invasion!  Be prepared to expect the unexpected and “Embrace Change” as the war comes to a jaw dropping conclusion!

Don’t miss the exciting finale to the series critics have been raving about for months now!

“From beginning to end, each panel crackles with an electricity.”  Bryan Joel, IGN.com

“The joy of reading something this big in its serialized form is exciting and a one of a kind experience.” – Steven Bari, ComicsBulletin.com

“Yu brings a grittiness to this book that is not only welcome, but necessary.” – Doug Zawisza, ComicBookResources.com

And be sure to check out Marvel Spotlight: Secret Invasion Aftermath #1, which will give you the inside scoop on what to expect in the wake of Secret Invasion and the upcoming Dark Reign.  Also, on sale this week is Secret Invasion: Frontline #5 (of 5) – as the final hours of the Skrull Invasion fall upon the people of Manhattan, will there be a world left for them to live in when it’s all over?

As the fate of the Marvel Universe will soon be sealed, who will live and who will die? Who will come out triumphant and what new alliances will be formed?  With Dark Reign on the horizon, stop asking “Who do you trust?” and make sure you pick up Secret Invasion #8 (of 8)! 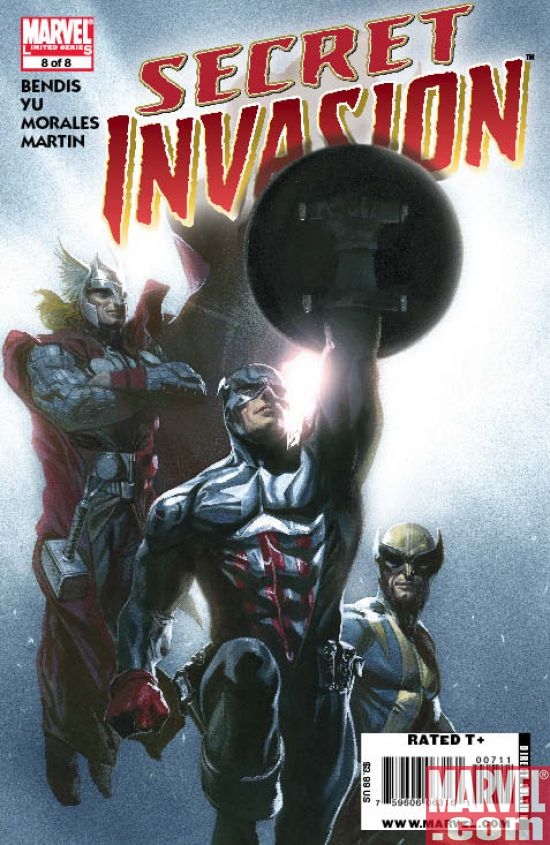 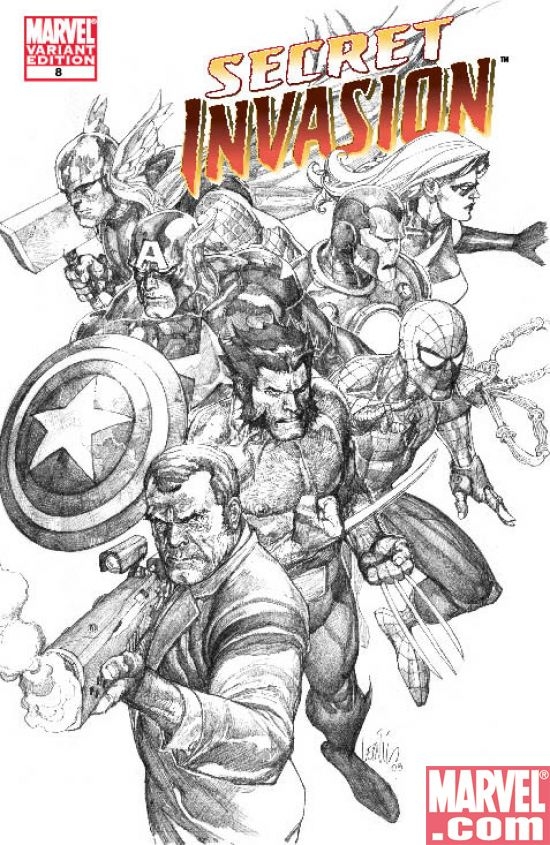 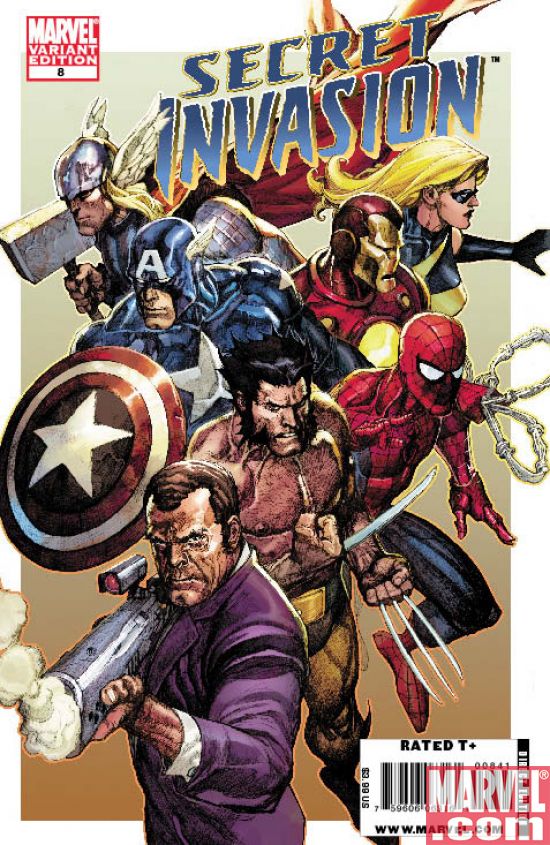 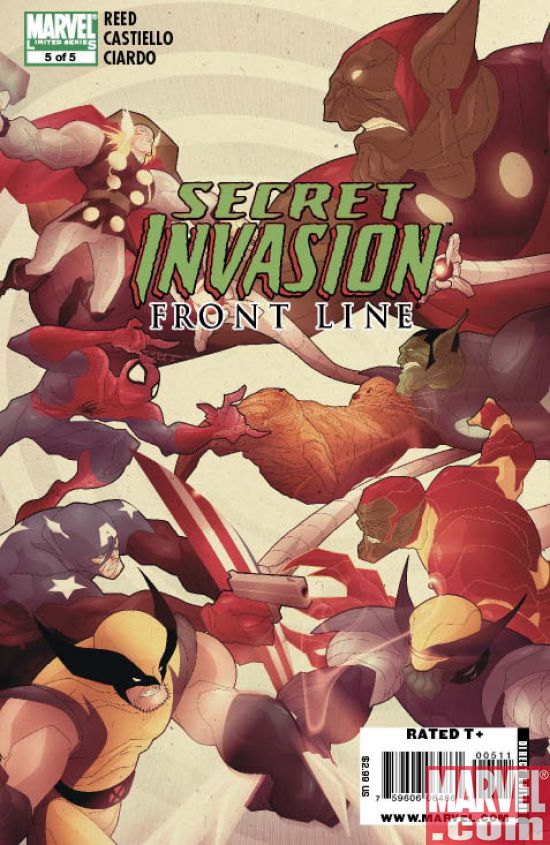 Marvel Comics is a division of Marvel Entertainment, Inc., a leading global character-based entertainment company that has developed and owns a library of more than 5,000 characters, which have entertained generations around the world for over 60 years. Marvel’s operations are focused in entertainment and consumer product licensing and comic book publishing. Marvel Studios supports the development of feature films, DVD/video products and TV series. Marvel’s creative team also supports the development of video games and toy lines based on its characters as well as for a broad and growing range of consumer products and services including apparel, collectibles, foods and promotions. Marvel’s comic book division is a leading publisher in the global marketplace while also serving as an invaluable source of intellectual property. Marvel’s Toy Biz division is a recognized creative force and leader in toy design, sales and marketing, developing and overseeing both licensee and in-house toy lines. For additional information visithttp://www.marvel.com.