But what if they did the same with their younger counterparts?

In case you haven’t heard yet, there’s a new Young Avengers book on the way—and it’s smack dab in the middle of Dark Reign! That’s right True Believers, fresh from New York Comic Con, Jeff Suter sits with Paul Cornell and they chat about his big announcement from the con, Dark Reign: Young Avengers! In episode 64 of the Mighty Marvel Podcast, listeners get an exclusive first look into just what Paul Cornell has in store for his new series! Wondering who the cast of characters will be? Who are their enemies? And will the team survive? Cornell dishes about this and more, as Dark Reign falls on Marvel’s young breed of heroes!

So what are you waiting for? Check it out at the Marvel Podcast Central and go behind the scenes of this red-hot series! Click here to download it right now: http://www.marvel.com/rss/podcasts/Cornell_NYCC_Podcast.mp3 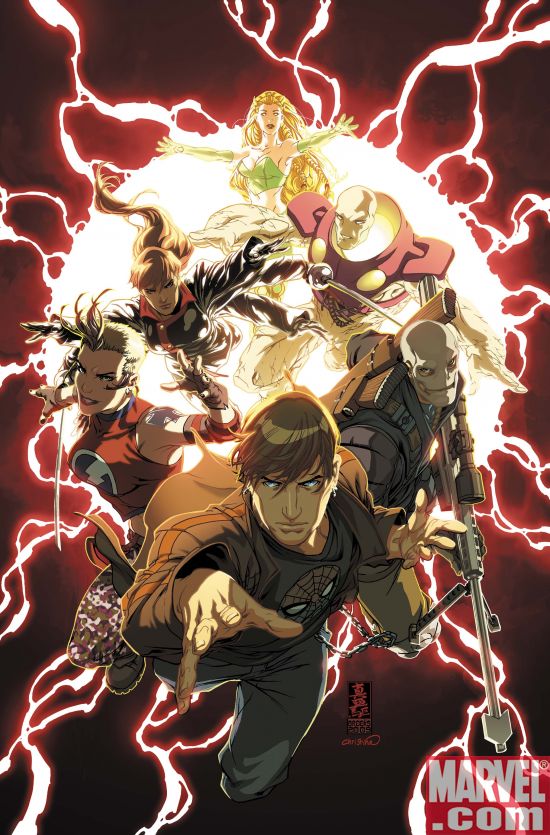