The Biggest New Heroine In Comics, Redesigned For Her Marvel Universe Debut!

New York, NY (May 9th, 2013)—She’s one of the biggest new characters to debut in the Marvel Universe in over 20 years, and today Marvel is proud to unveil your first look at ANGELA – redesigned by Marvel Entertainment’s Chief Creative Officer & superstar artist Joe Quesada! Angela, created by New York Times Best Selling writer Neil Gaiman & industry icon Todd McFarlane, makes her dynamic debut into the Marvel Universe this June, in the star studded conclusion to the critically acclaimed event Age Of Ultron with Age Of Ultron #10!

“Angela is going to make her mark rather quickly. She’s going to hit the ground running and cut a large swath through the Marvel Universe – both literally and metaphorically,” explained Joe Quesada, Chief Creative Officer, Marvel Entertainment. “ We have huge plans for her, and the mystery of who she is and where she comes from is something I think Marvel fans are going to be blown away by.  Actually, I know they will!”

However, Angela isn’t the only one making her way over to the Marvel Universe as Neil Gaiman makes his long awaited return to Marvel in over six years! Starting this July, Gaiman teams with blockbuster writer Brian Michael Bendis and fan favorite artist Sara Pichelli to take the angelic bounty hunter to the outer limits of the Marvel Universe in an all new arc starting inGuardians Of The Galaxy #5! Alongside Star-Lord, Iron Man, Rocket Raccoon, Drax, Gamora & Groot – Angela must help the Guardians take down threats putting the galaxy at risk, showing why she’s one of the most feared women in the Marvel Universe!

“It’s no coincidence that Angela’s debut comes around a time when we’re reminding fans that there’s a reason we call the space our stories take place in, the Marvel Universe,” said Axel Alonso, Editor In Chief, Marvel Entertainment. “What Neil and Brian have planned for the character in Guardians of the Galaxy is going to definitely turn some heads, and nobody can miss where it goes from there!”

The arrival of Angela to the Marvel Universe marks one of the most important moments in comics history! With a major player like the fearless warrior making her presence known – no fan can miss how her debut impacts the Marvel Universe and beyond! It all begins in the universe shattering Age Of Ultron #10 in June, and continues in the hottest new book of the year, Guardians Of the Galaxy #5! 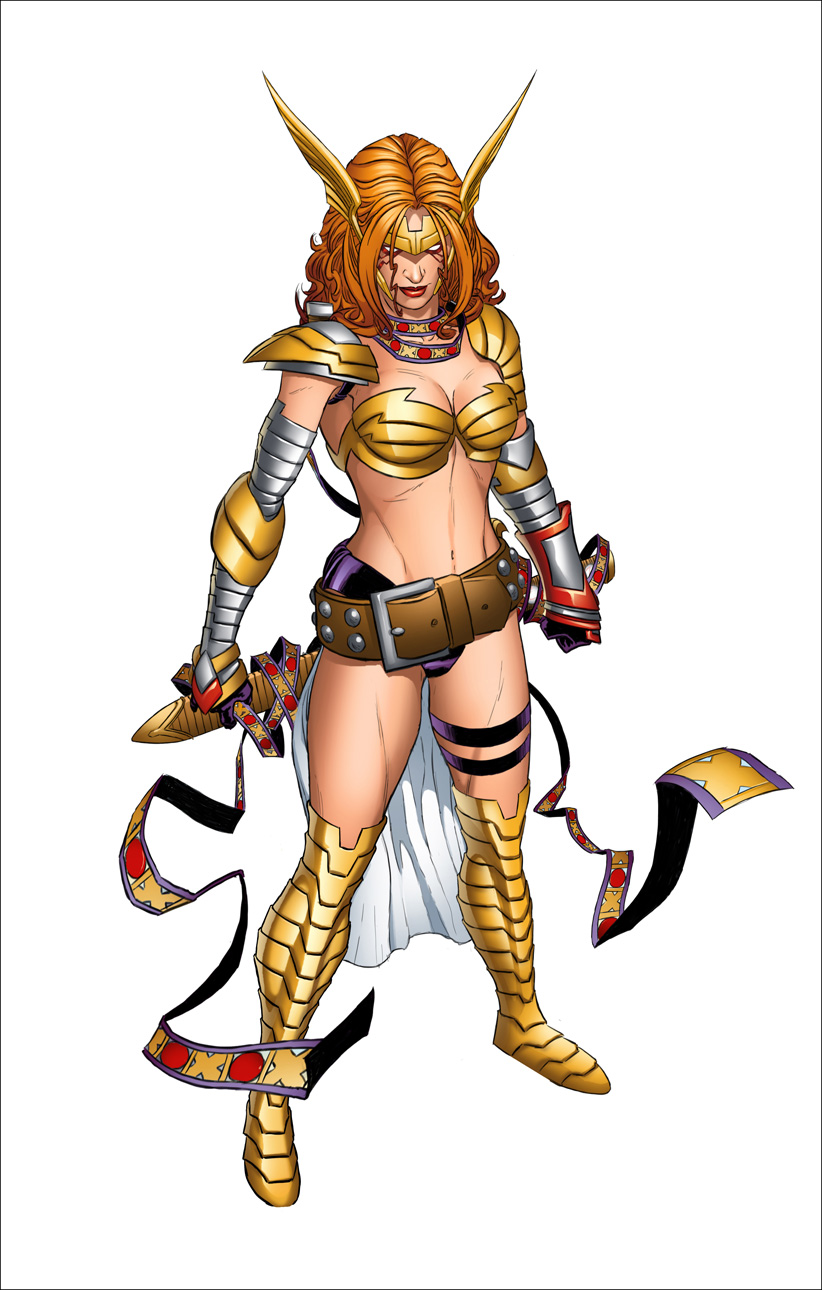 For more on Angela, Age of Ultron & Guardians Of The Galaxy, stay tuned to Marvel.com for more info!