This December, DC Comics will publish JSA: THE LIBERTY FILES – THE WHISTLING SKULL. From acclaimed writer B. Clay Moore (SUPERMAN CONFIDENTIAL, OUR FIGHTING FORCES) and artist Tony Harris (EX MACHINA, STARMAN), this new six-part miniseries is set in 1940s Europe. With the Nazi war machine on the move, crimes are still committed even in the smallest hamlets. From the world of the JSA: THE LIBERTY FILES, witness the birth of a new hero for the ages!

“Tony and I have been working on THE WHISTLING SKULL for a while, now, and it’s been an absolute labor of love,” Moore told THE SOURCE. “I think he’s doing the absolute best work of his career here, and there’s no one better to accentuate that than Dave McCaig on color. For readers looking for a new spin on the DC Universe, combined with brand new headlining characters, I think the book will be a treat, and it’s just the first chapter in a much larger story. This initial offering introduces readers to the legacy of the Whistling Skull in a wartime, pulp-infused setting, and should provide something fresh for readers to sink their teeth into.”

“This is a long haul, sweet baby that’s finally coming together,” continued Harris. “Clay and I have been developing THE WHISTLING SKULL for a few years now. Taking every precaution and the utmost care with every word and every line of ink to make sure we bring you something new, fresh and exciting. I could go on and on dropping catch phrases and bore you to death with ‘personal’ ‘important’ ‘kickass’ ‘bloobidy-blah-blab-blab.’ Not gonna happen here.

“What I will say is that a host of friends, contemporaries and scores of fans have shepherded this project carefully and steadily towards the waiting hands of countless devotees of mine and Clay’s creative efforts. It’s something I will NEVER forget as we approach the release of JSA: LIBERTY FILES – THE WHISTLING SKULL. And DC Comics’ willingness to marry and ‘seat’ SKULL firmly in the JSA: LIBERTY FILES universe that I was a part of creating in years past, in effect resurrecting that franchise and allowing us to breathe NEW life into it, is a testament to DC Comics’ dedication to producing exciting, new properties that have the potential to go on for many years to come. I feel like I did when James Robinson and I were preparing to release STARMAN into the world. I can barely sit still.”

Below, take an exclusive first look at JSA: THE LIBERTY FILES – THE WHISTLING SKULL by checking out Harris’ cover for issue #1. 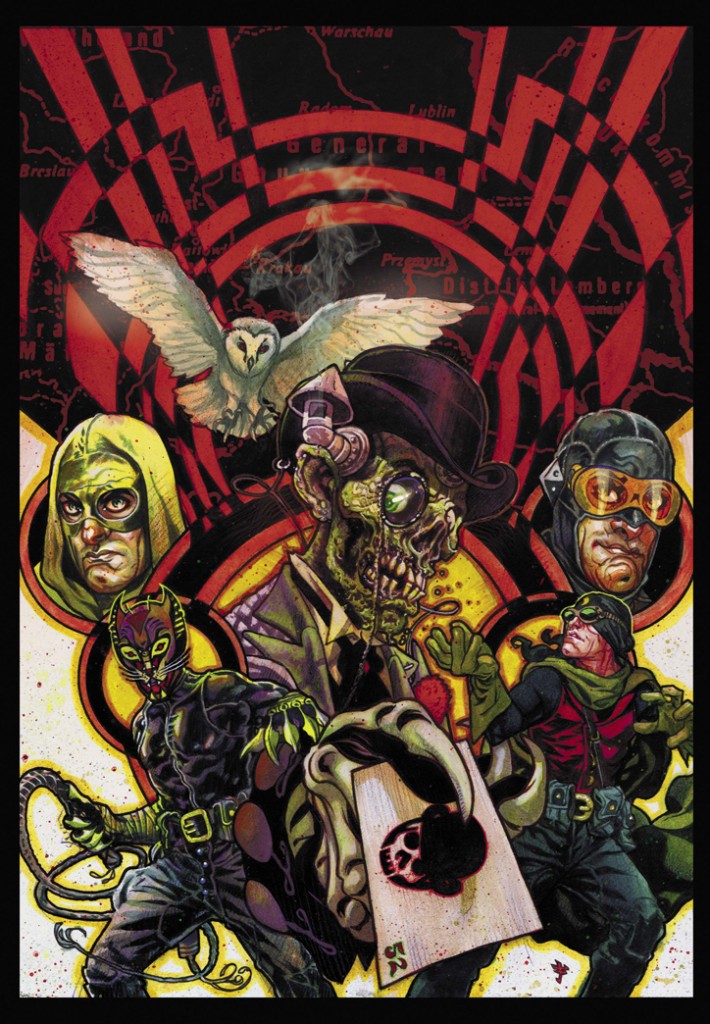