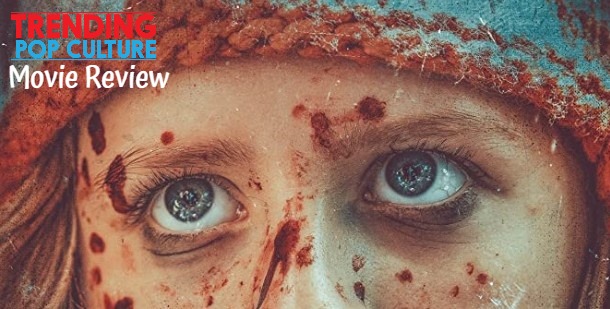 What is it about? A teenager’s weekend at a lake house with her father takes a turn for the worse when a group of convicts wreaks havoc on their lives.

(Spoilers ahead. Proceed with caution.) 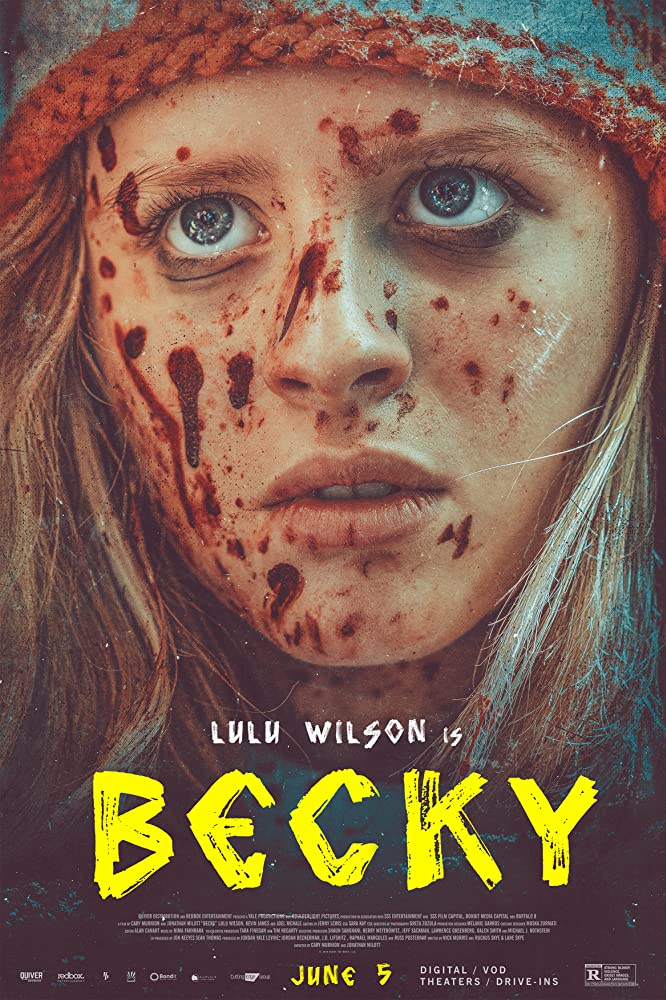 Review: While scrolling on my phone, I came across a headline that read something like Review: Becky is Home Alone of the horror kind. Not only did I completely forget this film was to be released (thank you for the reminder!), but that headline could not be any further from the truth. It is way off. Needless to say, I didn’t click because a clear vision going in is always very important.
This film is fun. If you’re looking for an escape and need to watch a 15-year-old girl in a diabolical, murdering, emotional mess, this is for you. All kidding aside, the film sets up our star Becky (Lulu Wilson) very well. As the viewer, you come to a quick understanding of why she is an emotional wreck. Some can probably even relate. Lulu Wilson really touches on the rage side extremely well. It’s a great connection mechanism for and with the audience. The rage acting was such a believable primal scream from her character at times. The tense nature and yells are a realistic style that lends well to the overall emotion. Before moving ahead, Lulu Wilson is an amazingly talented actress. The pain she exudes for the loss of her mother is heartfelt. For a young actress (15), Lulu has a decent filmography going thus far. Not a very large list by any means, but listen well, Lulu Wilson is going to be a huge star. Big time. Back to Becky. Our lead struts through the bad guys in a fun, gory way. If you have a weak stomach, you may want to turn away for a couple of scenes. It is quite tense and downright nasty. Well done though.
If you’re a Joel McHale fan, don’t expect too much here. Not that Joel didn’t play his role well, but it’s very cookie-cutter and not a performance that will blow you away.
Working on the complete opposite end of that last thought, Kevin James (Dominick) plays his very first role as a villain. And nails it. Not surprised at all here. Most comedians funnymen/women usually show great range when taking on a serious role. Eddie Murphy, Jim Carey, Melissa McCarthy, Kevin Hart, to name a few.  Dominick was an unlikable man for the viewer. He was an ugly, heartless human being. That tat on the back of his head lends to the discomfort. His lines were delivered clearly and concisely. We knew there was nothing good about this dude at all. Kevin James can definitely play a bad guy that’s for sure.
The supporting cast played their roles to a limited filler capacity. Not a bad thing, just roles to keep things moving and not too much substance.
Everyone on the creative team here, from the directors to the writers have very light resumes. Some have this being their first work. This early work for all of them is something to be proud of.
The ending was a bit perplexing and not so. The understanding of what Becky went through was an obvious traumatic experience. Understood, but the very last frame, is that insanity? Probably, so maybe it isn’t that perplexing after all. Answered my own question.
Spend the $5.99 for this film. It’s not Citizen Kane, so please go in with the understanding you’ll be entertained and yes, you’ll have your far-fetched moments, but it’s all in the name of Hollywood entertainment baby! Bring on Becky 2 please!

See you at the movies (not without a mask).
Carpe Diem.
Jay Katz