That’s right, Oni Press is giving away the first issue of the highly anticipated new series from Joe Harris andBrett Weldele for free! 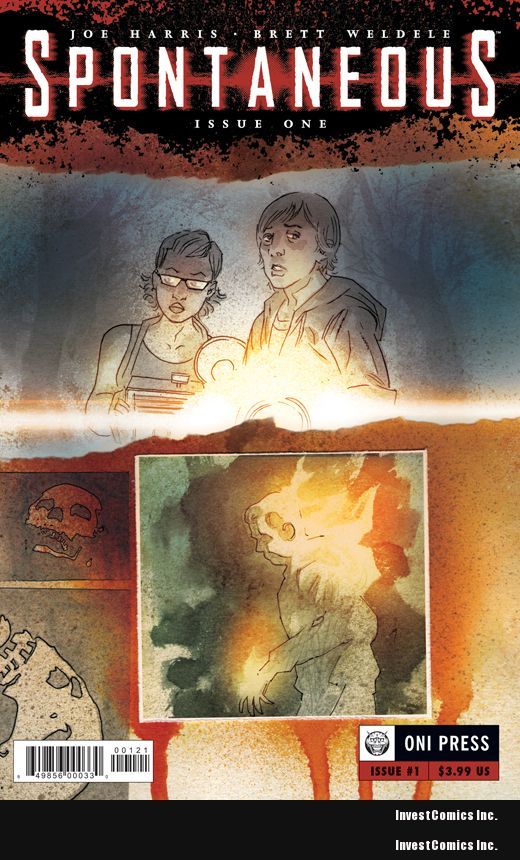 Driven to discover the truth regarding his father’s mysterious death many years prior, Melvin Reyes seeks to prove the existence of Spontaneous Human Combustion after fresh outbreaks of the phenomenon reveal a pattern only he can see, a predictability model only he can read, and the terrifying realization that whatever phenomenon consumed his father is also boiling inside of him, just waiting for release.


Joe and Brett will be talking with fans and signing copies of the FREE SPONTANEOUS at Dragon’s Lair in Austin, TX this Saturday. Be sure to stop by and say hello.


Coming your way this Free Comic Book Day: the Oni Press Rated Free for Everyone! This all-ages anthology packs in two exclusive previews from upcoming books POWER LUNCH by J. Torres & Dean Trippe and SKETCH MONSTERS by Josh Williamson & Vinny Navarette.
J. Torres will be signing copies at Comic Book Addiction in Whitby, Ontario from 10 – noon and then at theToronto Comics Art Festival from 1 – 5. 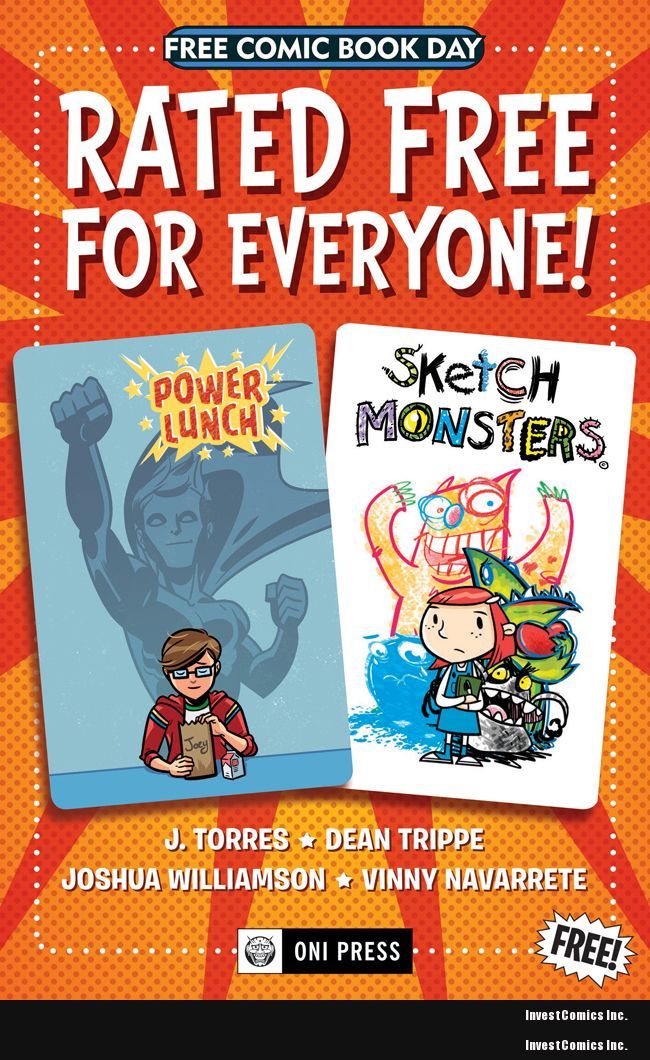 Dean Trippe will be signing at A World of Heroes.

Josh Williamson will be signing at The Comic Bug in Manhattan Beach from 11-3 then Pulp Fiction in Long Beach from 3-5.
Vinny Navarette will be at Bridge City Comics in Portland OR from 11-1

You also have a chance to meet some of your other favorite Oni creators on Free Comic Book Day. Just take a look at this list of talent:

Greg Rucka will be at Olympic Cards and Comics from noon – 4.

Jen Van Meter will be at Olympic Cards and Comics from noon – 4.

Steve Lieber will be at Things From Another World, Hollywood from 2 – 5.

Ray Fawkes will be at the Toronto Comics Art Festival.

Kelly Sue DeConnick will be at Things From Another World, Beaverton from noon – 3.

Steve Rolston will be at Metropolis Comics & Toys from noon – 5.

Ross Campbell will be at the Toronto Comics Art Festival.

Remington Veteto will be at Criminal Records from 1 – 6.

Cara McGee will be at Criminal Records from 1 – 6.

Jeremy Haun will be at Hurley’s Heroes from noon – 8.

Christopher Mitten will be at Challengers Comics + Conversation from noon – 3.

Matt Loux will be at the Toronto Comic Arts Festival.

Robbi Rodriguez will be at The Comic Bug from noon – 7

Tyler Crook will be at The Comic Bug from noon – 3.

Meredith MccLaren will be at Samurai Comics.

Monica Gallagher will be at Collector’s Corner from 9 – 3.